30
Penny Pritzker and Bryan Traubert
Collectors
With a net worth of $2.5 billion, Penny Pritzker is not yet the wealthiest member of this Chicago dynasty, but she is among the most visible and active in politics and philanthropy. Obama’s current Secretary of Commerce, Pritzker once served as the board chair of the Museum of Contemporary Art. Her family name can be found all over the the Art Institute: in the garden of the still shiny Modern Wing, designed by Pritzker Prize-winning architect Renzo Piano, as well as the Pritzker galleries of Impressionism and Post-Impressionism. With her husband Bryan Traubert, Pritzker runs their eponymous foundation, which gives generously to the Renaissance Society, the MCA and Marwen. 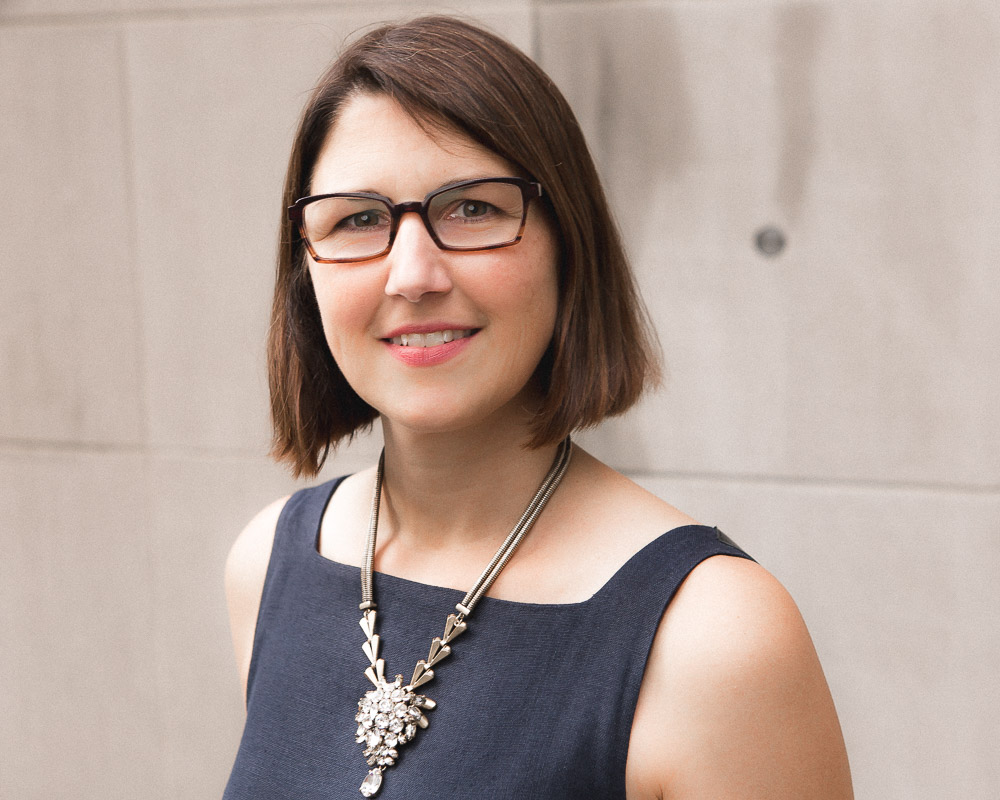 31
Lorelei Stewart
Director, Gallery 400, University of Illinois at Chicago
Lorelei Stewart has directed UIC’s Gallery 400 for fifteen years, but each season is like a new beginning. Between hosting an endless series of MFA exhibitions, Stewart makes space for art world luminaries like Harun Farocki and My Barbarian, as well as multitudes of multi-artist shows with impressive rosters and sharp, edgy concepts. This fall may be her best season yet, with an eleven-venue retrospective of Chances Dances, Chicago’s ten-year-strong roving, queer dance party, co-curated by Stewart and John Neff. Next year, Stewart has her sights set on even greater community engagement, working with organizations like Black Lives Matter. 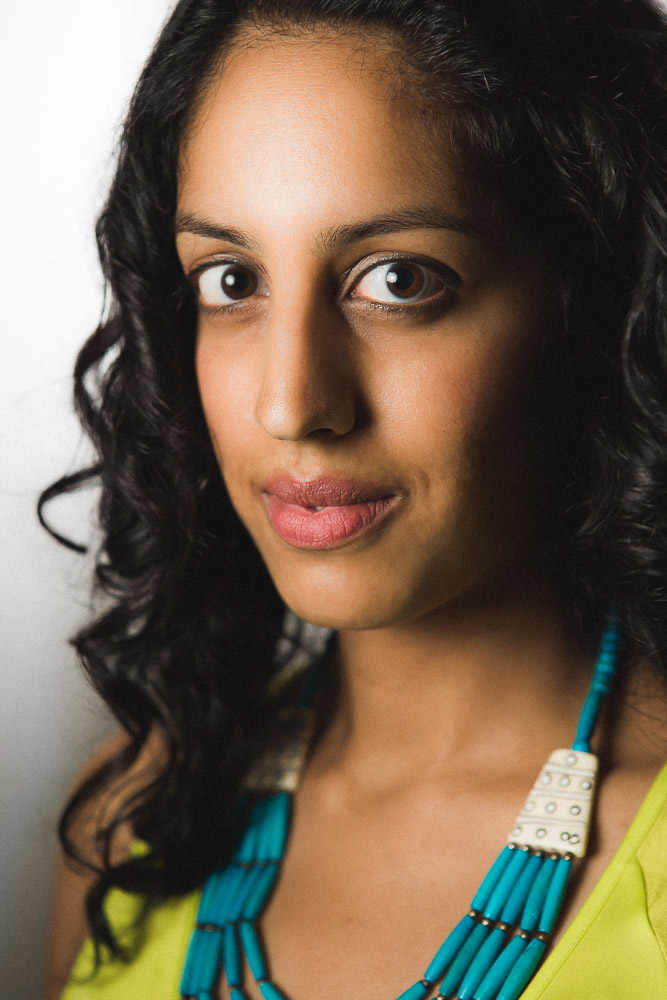 32
Megha Ralapati
Residency and Special Projects Manager, Hyde Park Art Center
If the Hyde Park Art Center has seemed a lot more global these past few years, Chicago has Megha Ralapati to thank for increasing the circulation of international artists in our city. Since launching the Jackman Goldwasser Residency in 2012, the initiative has brought twelve artists from places as far flung as Cairo, New Delhi, Istanbul and Serbia to work with Chicago artists who exhibit a culminating project at the end of a ten-month stay. Ralapati was also on the curatorial team that commemorated HPAC’s 75th anniversary with an experimental exhibition of collaborations with citywide partners.

33
Huey Copeland
Associate Dean and Professor of Art History, Northwestern University
Newly appointed Associate Dean of Northwestern’s Graduate School, Professor Huey Copeland finds his stride among many projects propelling Chicago’s reputation as a hub for black arts. A member of the advisory board for the Black Arts Initiative, Copeland helped shape this year’s biannual conference “Black Arts United States.” With MCA curator Naomi Beckwith, he organized “Black Collectivities,” a 2013 cultural symposium that informed the MCA’s 2015 “The Freedom Principle” exhibition. Confirming his stature as a scholar and critic, his new book “Bound to Appear” investigates leading black artists to demonstrate slavery’s significance for contemporary American art and its representations of blackness. 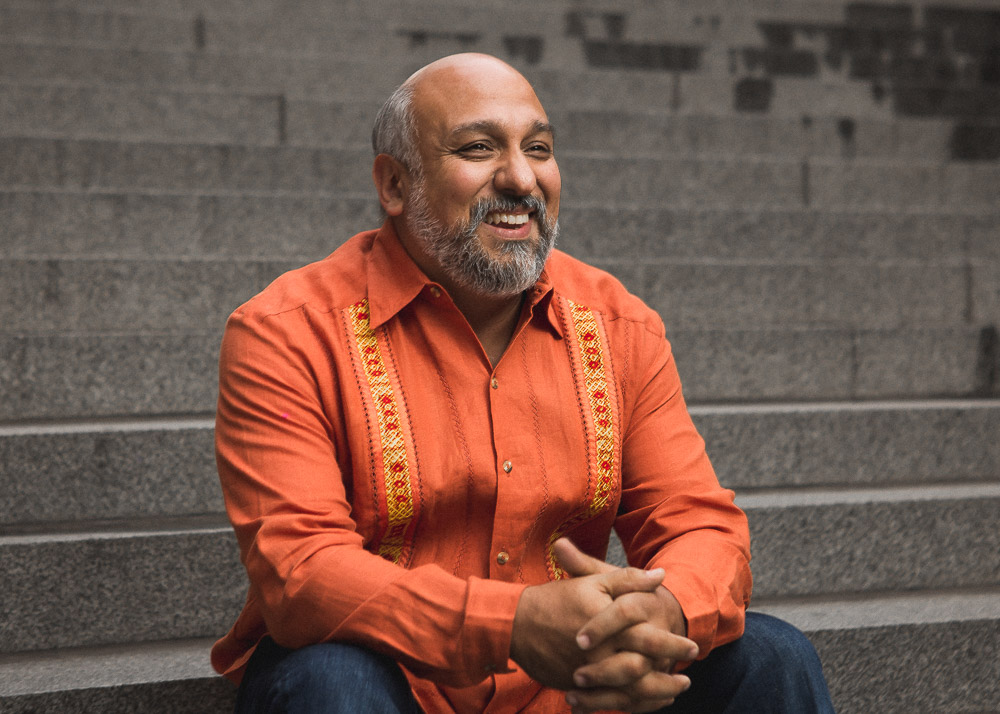 34
Cesáreo Moreno
Chief Curator, National Museum of Mexican Art
In 1992, Cesáreo Moreno became the first curator of what was then called the Mexican Fine Arts Center Museum in Pilsen. Twenty-three years later, Moreno has curated the institution through its growth into the National Museum of Mexican Art. Moreno has organized more than sixteen traveling exhibitions, half of which have also been exhibited in Mexico. Recently, he hung a complete re-installation of the museum’s permanent collection. Moreno has never faltered in considering the local and international community by organizing exhibitions that welcome engagement and audience interaction. This month, he’ll debut his eleventh “Day of the Dead” exhibition, an annual show of paintings, sculptures, folk art and votive ofrendas by more than ninety artists of Mexican descent, a veritable biennial of Mexican art. 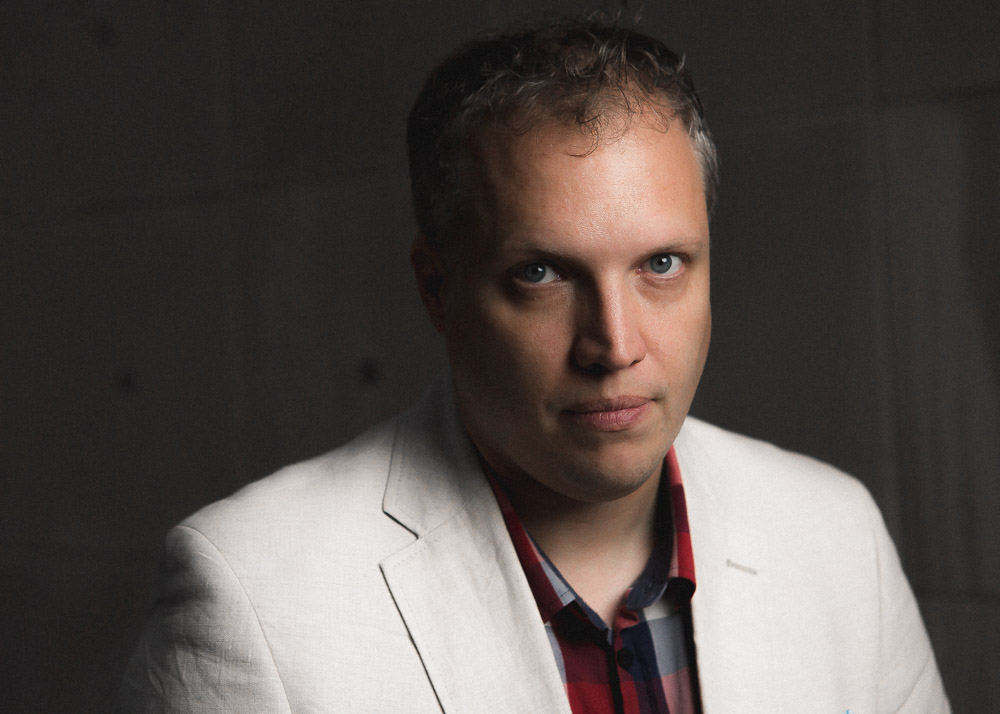 35
Duncan MacKenzie
Co-Founder, Bad at Sports
“Like Howard Stern meets the BBC, and we just only ever talk about contemporary art.” That’s the fever-dream glass-elevator-up-to-empyrean pitch Duncan MacKenzie gives as the nascent ideal behind Bad at Sports. Celebrating a decade of commentary and criticism, the seminal Chicago-based, artist-staffed podcast and blog now touches listeners in such far flung locales as Berlin, Tokyo, and Stockholm, and has satellites in San Francisco and New York, bucking the trend of artistic flow that typically runs from here to there. All the while, B@S still keeps Chicago hot in its heart, thrumming behind the breastbone. 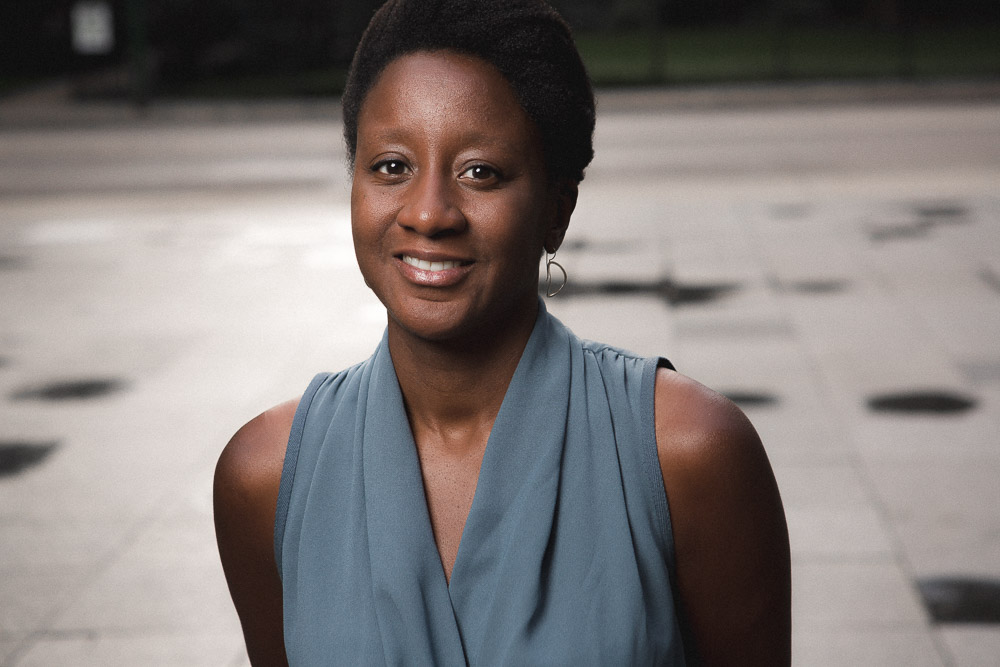 36
Yesomi Umolu
Exhibitions Curator, Reva and David Logan Center for the Arts, University of Chicago
Yesomi Umolu arrived this summer from the Broad Art Museum at Michigan State University, where she curated exhibitions with a distinct focus on contemporary artists from Africa and the African diaspora. A welcome addition to the local ecosystem, Umolu has set her sights on connecting the University of Chicago’s depth in research with interdisciplinary art practices, an increasingly popular trend among today’s hyper-educated artists and art consumers. With new art spaces cropping up all over campus, Umolu will have her work cut out for her in distinguishing the Logan from its neighbors. 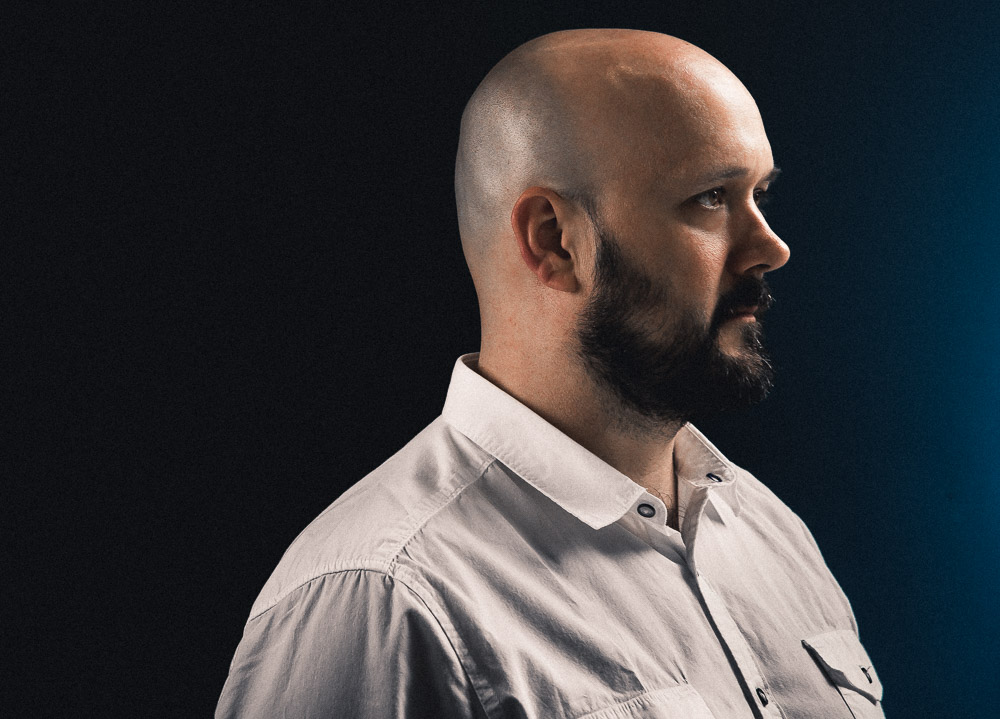 37
Scott Speh
Owner, Western Exhibitions
When it comes to curating his mainstay West Loop gallery, Scott Speh is a simple man. “I put on shows I want to put on, and work with artists I want to work with,” Speh says. Luckily for Chicago, his eye—not to mention his heart and mind—are spot-on more often than not, as he seems always to tap the vein of Chicago image-making traditions with fresh work and new names. Working only with artists he truly believes in, and many of whom he has watched evolve over the years, Speh surrounds himself with art he likes to be around. Exemplifying the kind of spirit that distinguishes Chicago’s art economy from the cutthroats in New York and Los Angeles, Speh wants the public to be right there with him, enjoying the work and feeling good. “Galleries shouldn’t be intimidating places,” Speh says. 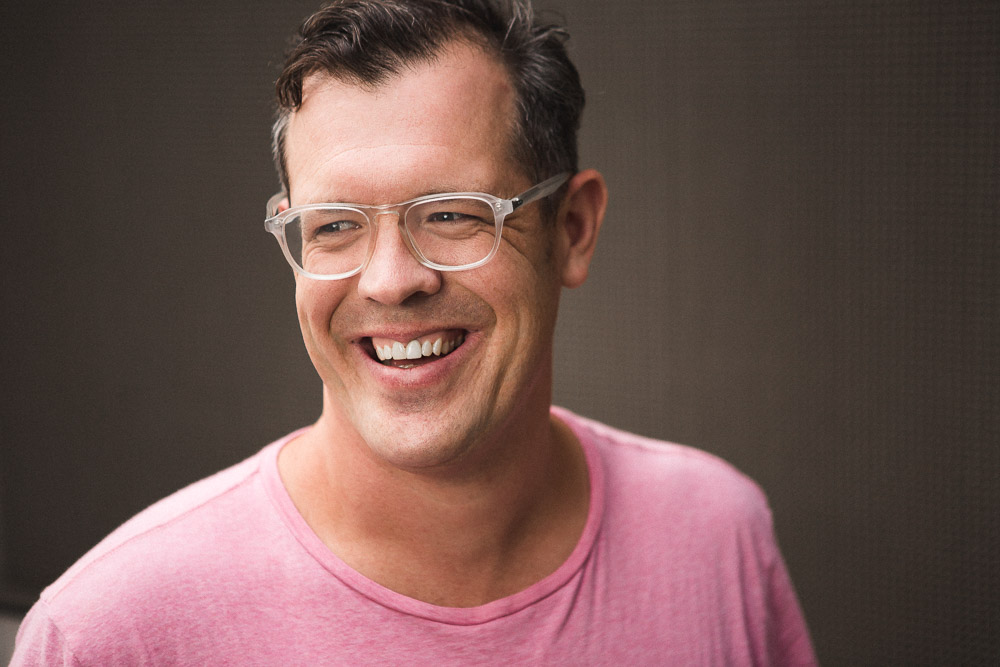 38
Zachary Cahill
Artist and Lecturer, Department of Visual Arts, University of Chicago
In addition to lecturing in the University of Chicago’s Department of Visual Arts, Zachary Cahill runs its highly visible Open Practice Committee, which invites international artists and scholars to give talks and conduct studio visits. An artist whose critical writing is at the core of his expansive studio practice, Cahill frequently publishes criticism in Frieze, Artforum, Shifter, Mousse and The Exhibitionist, lending Chicago projects much needed international credibility. He also sits on the editorial team of Afterall, the London-based journal of art and inquiry, and advises the board of Threewalls as a member of its Community Cabinet. 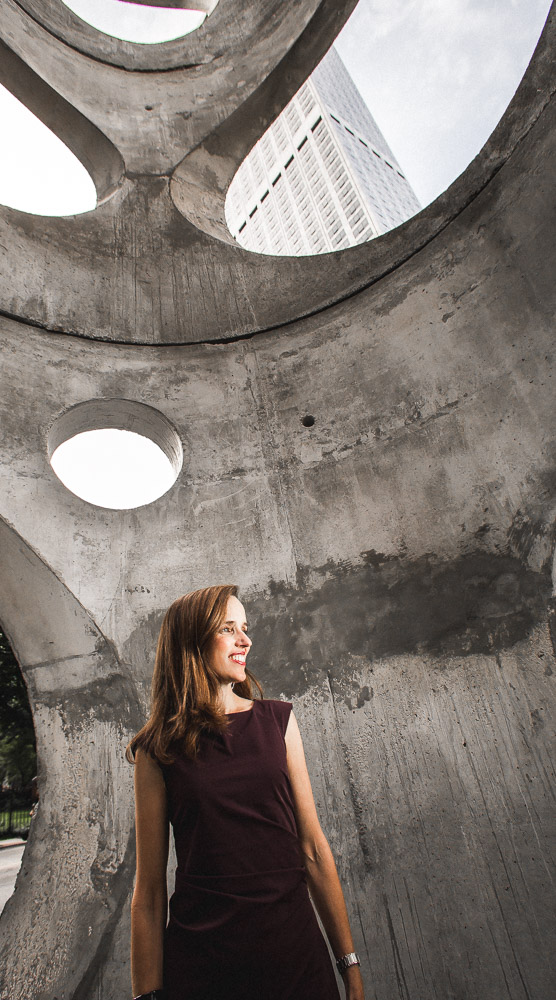 39
Caroline Older
Executive Director, Chicago Artists Coalition
Caroline Older took the helm at the Chicago Artists Coalition almost exactly a year ago, but has already built on the success of the organization that Carolina Jayaram transformed during her tenure before Jayaram moved (way) up to become the CEO of United States Artists. Augmenting the healthy menu of supports offered to young and rising Chicago artists, Older’s latest feat is “The Annual,” a curated selection of works by CAC alumni that will show over EXPO weekend. Her biggest opportunity and challenge is likely ahead as the CAC faces a move from its prime West Loop gallery space to a yet undecided location.

40
Lane Relyea
Associate Professor, Department of Art Theory and Practice, Northwestern University
Former chair of Northwestern’s Department of Art Theory and Practice, Lane Relyea is Chicago’s preeminent art critic. In the midst of his tenure as the editor-in-chief of Art Journal, Relyea published his first book, “Your Everyday Art World,” which deftly critiqued the often unnoticed networks of influence and exchange in global Western art. These days, he has advanced his analysis a step further, taking up the more complex networks of labor and economy that move the art economy in our neoliberal nightmare.