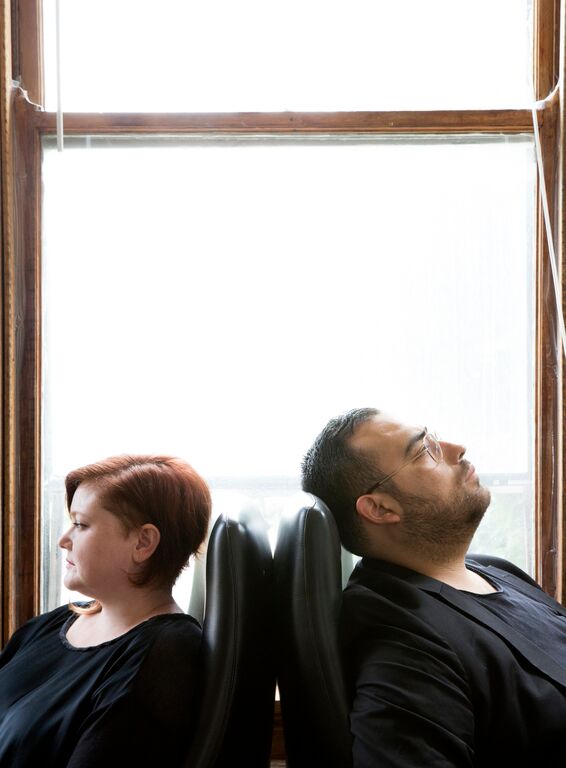 As I stroll slowly into Patron Gallery, Emanuel Aguilar walks briskly up to greet me. With partially unpacked artworks leaning against the walls and the smell of fresh paint lingering in the air, the storefront gallery reeks of transition and anticipation. Julia Fischbach emerges from their backroom offices and joins us for a tour of the gallery, which was previously occupied by Shane Campbell Gallery. Construction included expanding the exhibition space to include an adjacent second showroom, building a new storage unit and—firstly—removing the fogged glass from the front windows.

“Little details like that make our presence less intimidating,” Aguilar explains as the three of us sit at a smooth white table near their desks. “The community here can really use more patrons for the arts. It’s part of why we named the gallery what we did.” He continues, telling me of their plans to use the small kitchen space for entertaining and hosting events for the community. Leaning forward, Aguilar rests both elbows on the table. “We want this place to embody a very open door policy to the engagement of art.” 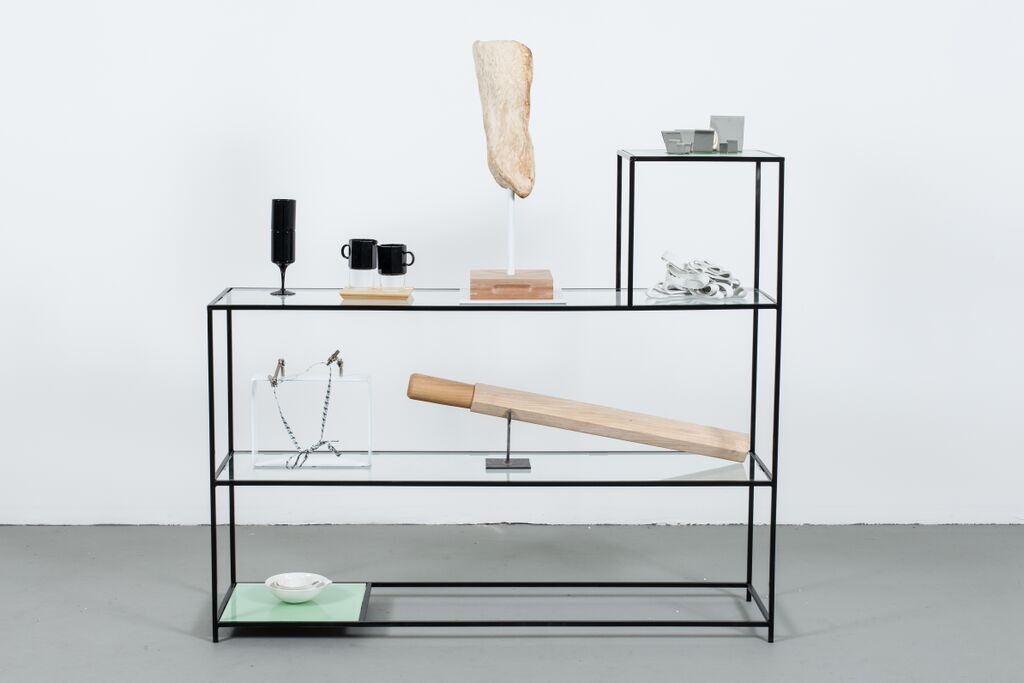 Small, stone sculptures by Bryan Savitz rest on a line of bubble wrap in front of us. Aguilar and Fischbach will be exhibiting Savitz’s work alongside that of nine other artists in “Theory of Forms,” Patron Gallery’s inaugural exhibition. Patron Gallery has formally announced they will be representing three out of the ten participating artists: Kadar Brock, Daniel G. Baird and Alex Chitty. “Representation is a big thing. It’s a vow, a type of partnership. We approach these partnerships like a marriage. You dream and grow together, and we want the gallery to grow organically,” Julia locks eyes with Aguilar, then continues. “The artists are why we exist, and it wouldn’t be fair for us to launch with twenty of them.” Looking back at me, they confess their list now totals four, thanks to the addition of a young local painter named Mika Harabuchi. 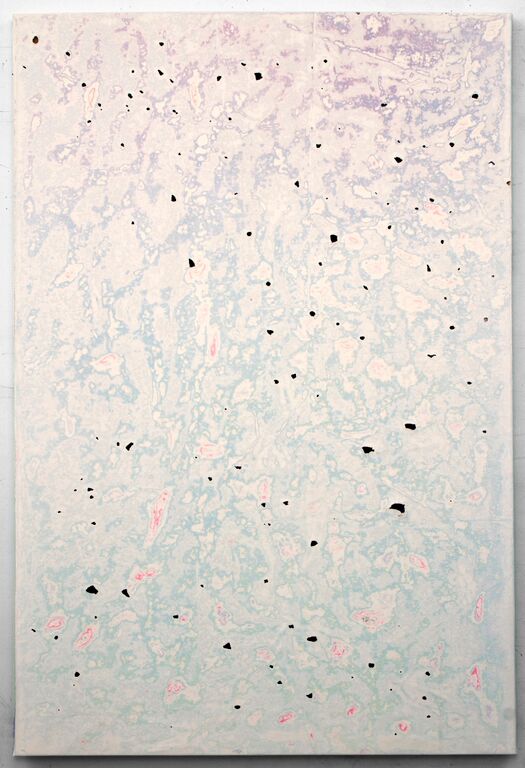 I ask if they have similar taste, and they both say yes. “We go like this,” Emanuel says while twirling his hands together to make fluid, dancing circles in the air. “We would have murdered each other at the other place if we didn’t.” Until this summer, Aguilar and Fischbach were the co-directors of Kavi Gupta Gallery, where Aguilar spent five years and Fischbach seventeen.

“Being a gallerist, you don’t have a lot of time for your personal life. Your relationships, your joys, everything that enriches your life is through your artists and then to go from them being an every hour sort of component of your life to entirely gone, it’s a very painful thing to go through. And that’s probably the hardest part of moving on, is leaving behind a family.” Pausing, Aguilar looks at Julia and continues his thought slowly. “But I think that’s also the motivation. It’s because of them that we have to do it again. There’s another family that needs us now.” (Maria Girgenti)