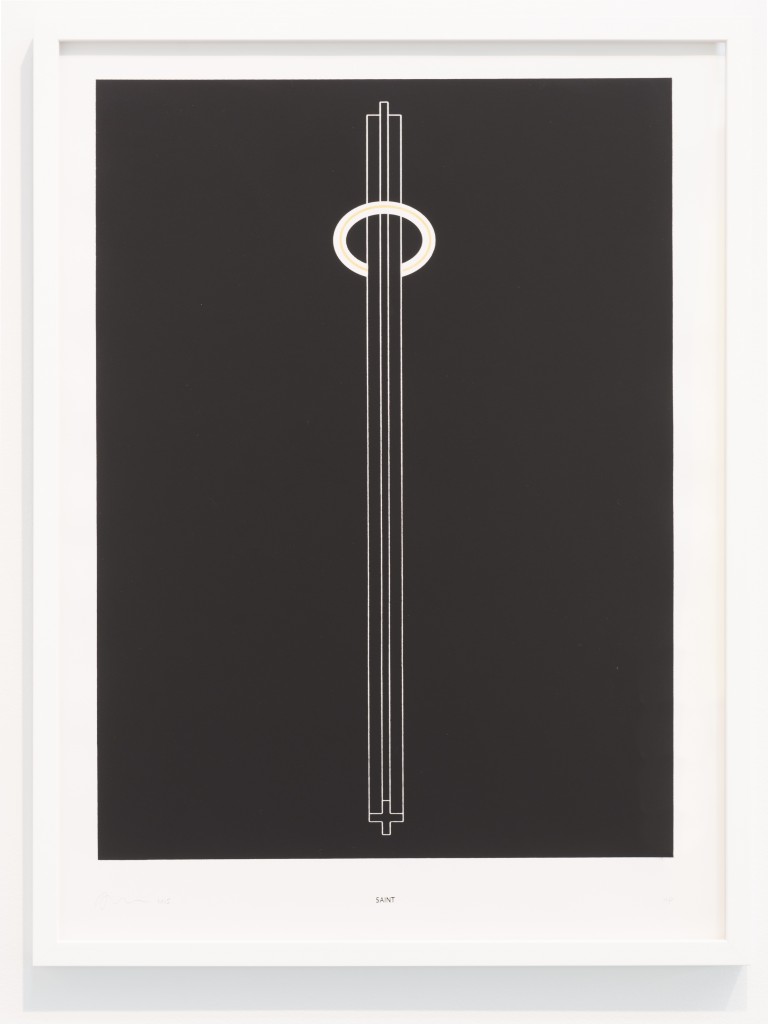 Chicago, priapic King-Hell capital of exceptionalist, heaven-penetrating architecture; birthplace of The Reach, there could be no better place—and no better museum—for Ania Jaworska’s exploration of how our monuments commune with ourselves. By virtue of merely getting to the MCA one is already steeped in her milieu, plied by the Loop’s enormity and enthralled in their long shadows. The exhibition consists of two suites, separated by architectural elements, one comprising a series of prints and the other sculptures; befitting an architect, the latter is the stronger of the two. Jaworska’s print series traces a brief history of the column with tongue so firmly planted into check as to appear glirine. Her prints tackle everything from the lack of women in the creation of our shared spaces to the brutal knife-work necessary to carve space—which architects both do and must do—and, via the literal skewering of a halo, the modernist hagiography of Ludwig Mies van der Rohe. 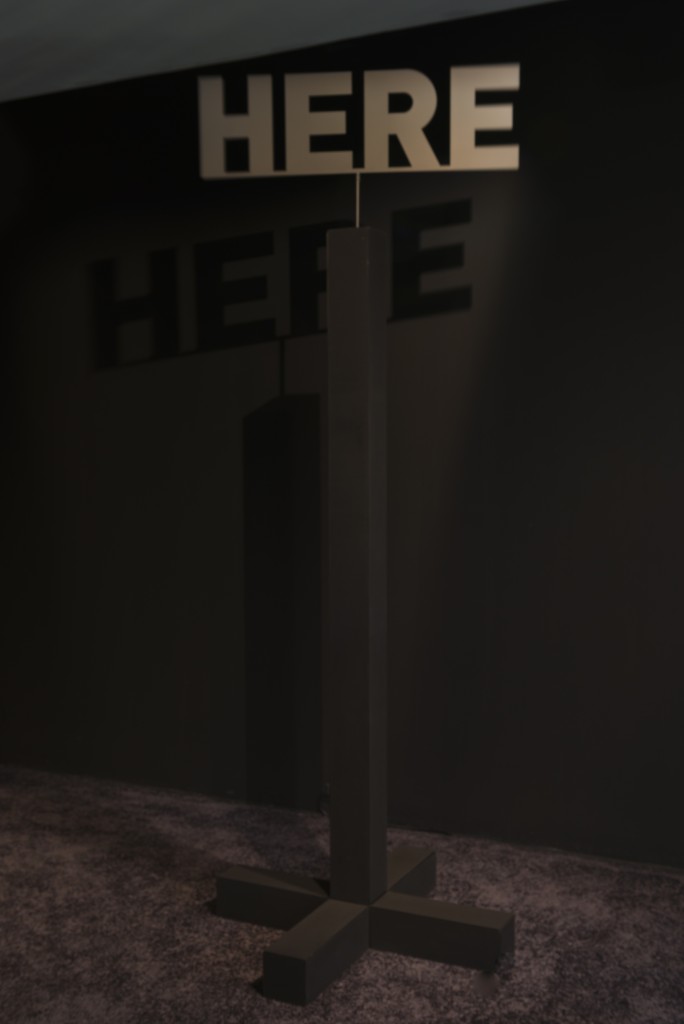 It is Jaworska’s sculptures, however, which most eloquently translate the construct’s tongue, set within a luxurious space evoking a bistre jewelry box, skeletal elements in pragmatic black apparently lifted directly from a sketchbook. The striated circle of “Untitled (Empty Gesture)”—a tight circle composed of bouncer’s velvet rope—forms the world’s smallest and most exclusive club, containing nothing and no one and yet elite anyway. “Gated Area,” with its low, skinny rail and floppy emoji tongue archway, demonstrated how even the slightest of demarcations and controlled entrances can invoke contradictory feelings of trepidation and safety. Our noble, supplicant towering beasts are revealed for what they truly are—massive but subservient chevaux de frise against the void—in “Monument for Them,” which puts a beast on its knees for nothing but a charmingly simple salutation. No better work captures architecture’s power and purpose than “Sign of Their Place.” The simple structure, nothing but a tower crowned with a rotating “HERE,” denudes every superlative construction since Sumerian ziggurats to Shelley’s statue to Trump’s onomastic defacing: all are screaming We Are Here. (B. David Zarley)

Through January 31 at the Museum of Contemporary Art, 220 East Chicago.