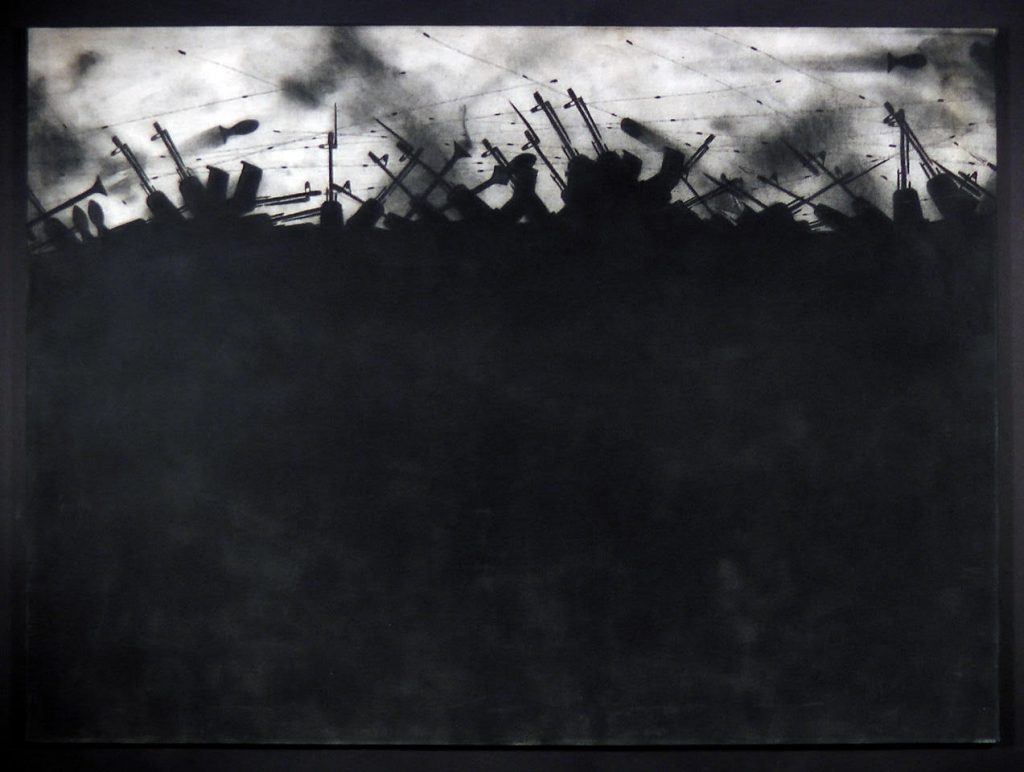 “Your mind may be a thousand miles away. But your eyes and ears are right here!” reads the caption of “Night Listening Post” a mixed media piece by Dale Samuelson of the Vietnam Veterans Arts Group. The graphite sketch above the quote shows two soldiers lying flat on their stomachs, staring off into nothing as they listen, blending into the night.

“Tactical Formations” illuminates constellations of thought and experiences shared and felt collectively under the bridge of war. The exhibit features three distinct generations of artists: the Vietnam Veterans Arts Group; the Dirty Canteen, an artist collective of veterans who have served in conflicts since the early 1990s; and the Museum’s Teen Council. While featuring work about the veteran experience, the show demonstrates the underlying strength of organizing to achieve common goals. Appropriating an idea from their knowledge of combat strategy, these groups have applied the structure of a collective to affect change through art production. 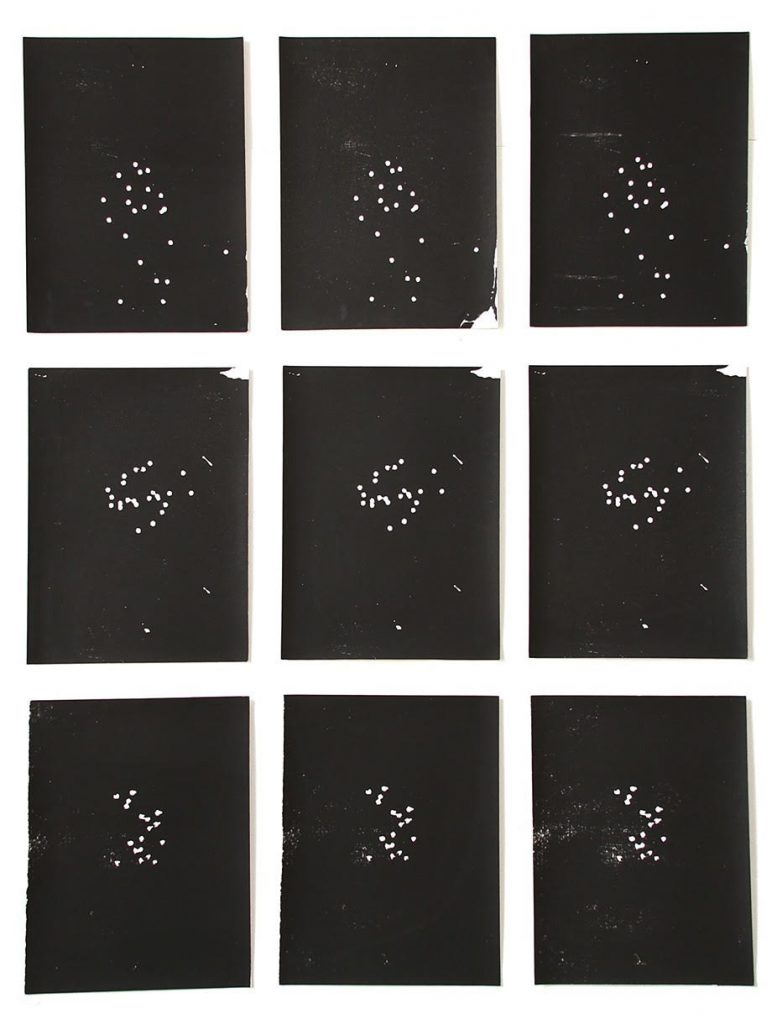 A life-size installation set up for audience interaction by artists from the Teen Council features silhouettes of soldiers and civilians side by side (on the left, the cut-out figure cocks a gun, while one to the right reads), suggesting direct and indirect relationships to the battlefield. Following, a bed of soil sits, compartmentalized into squares containing slip cast pieces, some of which are broken. The pieces wait in rows like a game of chess, marked with the ranks of various players in the military.

A common story among the artists is manifested in a caption for Thomas Gilbertson’s “Night Life–Guardians of the Secret.” The text for the artwork reads “Upon his return from Vietnam, Gilbertson struggled intensely with his guilt, both for being a part of the war, and also for surviving it. His involvement in the Vietnam Veteran Arts Group helped him after nearly twenty years of carrying the pain around with him.” (Whitney Richardson)

Through January 30 at the National Veterans Art Museum, 4041 North Milwaukee.