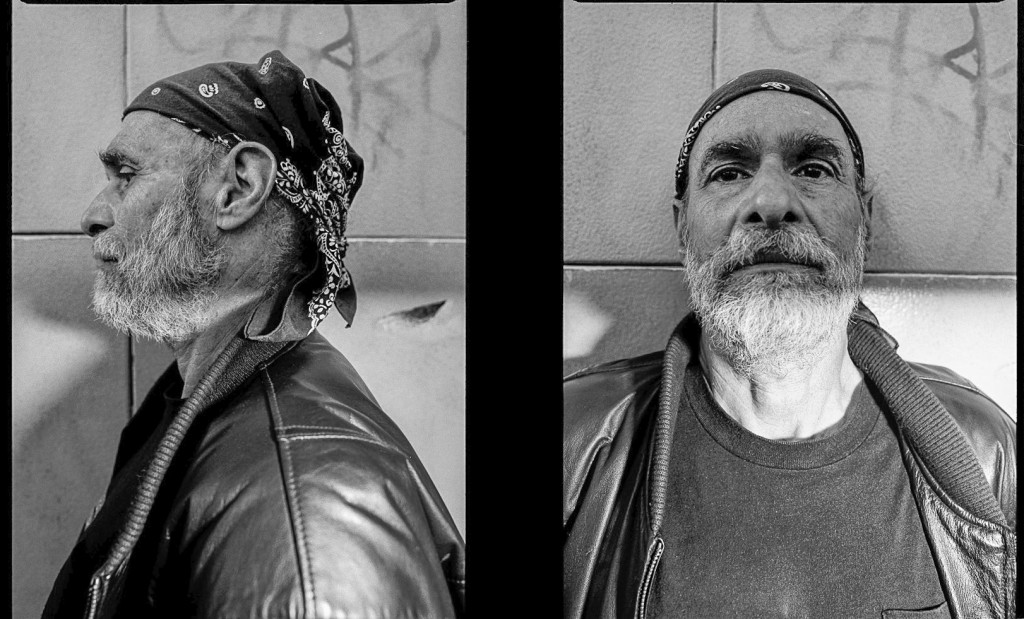 I once asked Michael Weinstein—who passed away suddenly after an aortic aneurysm at home last week at the age of seventy-three—why he recommended every photography show he reviewed for us, in nearly every single issue of Newcity beginning in 1990 and up to and including the edition you’re reading right now. He said, in much more eloquent words than my memory offers, that while he enjoyed some shows more than others, he tried to study the work with the intent of understanding it from the artists’ point of view. If he could see it that way, he’d be able to write about it and recommend it.

It’s no surprise then that Michael’s death has affected so many beneficiaries of his gracious intellect so deeply. He mentored on so many levels, and in so many spheres. Our sphere connected most regularly in the arena of photography criticism. When he walked through the door of this then-very-young publication back in 1990, with a freshly written review of an exhibition, he had no way of knowing how much we were waiting for him. Jan and I have an interest in photography as an art form that pre-dates Newcity by several years, and so nothing made me happier than to have Michael find us and establish such a body of work as he would, both remarkable for its longevity and its insight, in the realm of photography.

Over the years, I’ve had many interesting conversations with Michael, but I know today that I had far too few. The incursion of digital technology, of email, meant productivity at the expense of the serendipitous conversations that happened when writers delivered copy in person for each issue. He was a professor of political philosophy at Purdue since 1968 who matched his restless intellect with a willingness to follow it into interesting places. A few years back, he dug deeply into studying Somalia, and became a foremost thinker on the topic. Later he threw himself into the study of NASCAR and even taught classes in it. Not surprisingly, he taught photo and art theory at Columbia College. I’ve seen Michael probably a hundred times over the years, maybe more. I’ve seen him always in uniform—that is, t-shirt, jeans, bandana, beard. I’ve seen him play beach volleyball. And, most significantly, I’ve gotten to know his equally remarkable wife and intellectual partner, Deena, the dean of heavy metal studies in academia, who married him fifty-one years ago, after a four-year “courtship.”

As important as Michael was to so many people, there’s one thing that means more than anything to Jan and me, and is the one thing no one else knows about. Though we (and by extension the entire art world) owed Michael so much—it’s not like he did this work for anything more than token compensation—he turned his favor around and expressed so much gratitude to us for offering him the forum. He would share his description of Newcity, making an intellectual case for its superiority as a publication that would make us blush, and point out attributes that we had not even thought about. And he would do so at our lowest moments, when the economy for media had started what seemed like a death spiral a decade or so ago and our days were filled with the bleakest forms of triage. Most folks abandoned us, but Michael never did and, more so, he lifted our spirits enough to weather some very dark days.

Though illness set him back for one brief period, Michael prided himself on otherwise never missing an issue of Newcity with his reviews. I am sure that his spirit is pleased that his writing has outlived him, that even in death he still made his final deadline.

I asked each of his previous art editors for thoughts on Michael’s passing:

Michael Workman
Michael Weinstein was a colleague profoundly in love with photography. I was his editor at Newcity for years, and he was iron in keeping his beat. I was consistently in wonder at his devotion to the medium, and to the now-lost necessity for critical thinking about art that he displayed with such rigor, intensity and integrity. He was a critic without comparison in Chicago, a truly humble and humbling person to have had the honor to know.

Jason Foumberg
Mike probably saw more photography exhibits in Chicago than anyone. He was a powerhouse observer of photography and dedicated himself to keeping Chicago’s photography scene healthy. Mike mastered the craft of the short review format. His critiques were honest and fair. His voice and presence will be dearly missed in Chicago.

Matt Morris
Mike leaves behind a tremendous body of reviews and criticism that is characterized by his generosity, his handling of how language meets art, and his beliefs that led him to look all over, even in unlikely spots, for profundity and distinguished projects within the medium of photography. When we first met, we noted how little overlap we shared between our regular haunts of galleries, museums and cultural spaces. Mike wrote into and across more centrally held notions of where the best art happens, a tacit challenge to stay open in his considered texts. I’m sad today, and with these feelings of loss there is also a pressure to keep art writing diverse with unique voices, weird with passion, and devoted to all of the enchanting possibilities yet to be discovered in our artists’ mediums.

Words of tribute and memory have poured in from artists and gallerists whose work Michael has cultivated in his long career as Chicago’s photography critic:

Susan Aurinko, photographer and curator
I met Michael in 1998. I was at Columbia College, learning darkroom, and was offered a solo show at Point of View Gallery. Michael came to the opening, and we ended up talking long after the gallery closed. He gave the show a glowing review that started my photography career off with a bang, and has reviewed every show I’ve had in Chicago over those seventeen years. He’s been a mentor to me all those years, and guided me kindly and effectively over some real creative and life decision bumps. His advice was always spot on. I thanked him literally hundreds of times, but even that was not enough thanks for all he gave of his brilliant mind and astute powers of observation.

When I owned FLATFILEgalleries, he was wonderfully supportive of the gallery’s photographers. He had the soul of an angel or saint, lived life more fully than anyone I’ve ever met, and exactly on his own terms. Chicago’s art photography community has lost an advocate of such magnitude that it will never be the same again.

Michael, your intelligence, joie de vivre, and generosity of spirit will rock on, and we will all try to make work that lives up to your expectations, reviewed or not.

Bert Green, gallerist
I met Michael a couple of times in the last few years when he came into my gallery to do a review. In each case, we had a lively conversation and then he went and sat on the floor in the corner of the gallery, deep in thought, to take notes and process what he had seen. He sat there for more then an hour each time, undisturbed, despite the activity going on around him. He was truly a character, and a brilliant one at that. His reviews were spot on and insightful.

Martha Schneider, gallerist
I have had the pleasure of knowing Michael for over twenty years. I still can remember the first day he came into the gallery with his leather jacket and bandana around his head. It didn’t take long after speaking with him for me to discover what an incredibly nice, honest, intelligent man he was. Our friendship continued to grow throughout the years along with our wonderful conversations about art and life. I will sincerely miss him.

Morlen Sinoway, gallerist
Michael was a multifaceted individual. A cultural anthropologist, geologist, modernist, and he was rock ‘n’ roll. Michael mined the arts for the diamonds it had to offer. To the gallerist and artist he was your friend and supporter, who made the connection and discovery to the subliminal message that you thought was apparent to all. He acknowledged your path and ambition. He was a pillar of confirmation when the road had a fork. Michael’s efforts to see all was unparalleled by any art critic. He will be sincerely missed.

Paul Berlanga, gallerist
We’re On Our Own
The above refrain from “God Won’t Bless America Again” keeps playing addictively in my head. Michael Weinstein, the wiry provocateur with the electric grin, profound intellect, rapier wit, caustic observations and truly humanist heart has left the building. I have lost a dear friend. We have lost a man who made a difference. We have lost a man who I believe lived without fear. We have lost a man who was totally at ease with life and its absurd contradictions even while he raged (in his sixties) as a serious punk rock musician against hypocrisy and the New Gilded Age. Michael could make you bend over, laughing helplessly along with him when nothing that he was saying was in itself funny; he was simply speaking truth to power in his inimitable fashion. In a conversation, the professor (he taught political philosophy at Purdue) would often cut to the chase (in the style of European intellectuals) and then widen that chase, referencing disparate and seemingly exotic ideas, only to bring them convincingly and rewardingly around in support of his original stream of argument. Thought and discourse as art, as theater. Michael Weinstein was unique. His erudition combined with a suspicion of authority led him to make a career of pulling back the curtain in order to give us all a glimpse of the Matrix. He was both Morpheus and Neo offering the red pill. And Michael loved people. He was generous in conversation and welcoming of any sincere observations or ideas. He needed nothing except his beloved soulmate Deena Weinstein and to live every moment in full. Anyone who knew Michael Weinstein is a bit more alive for having crossed his path. And for those of us in the art community, specifically the Chicago fine art photography community, we have lost our true champion; Michael was our critic, philosopher, interpreter and cheerleader. There is no other like him. We’re on our own. Thank you Michael and Goodbye.

For much more about Michael:

Friends and lovers of Michael A. Weinstein Facebook Group

Portrait of an Art Critic ~ Michael Weinstein, an interview from 2013 with Jane Fulton Alt

In Memoriam: Michael A. Weinstein, an appreciation written by a former student of his, Justin C. Mueller