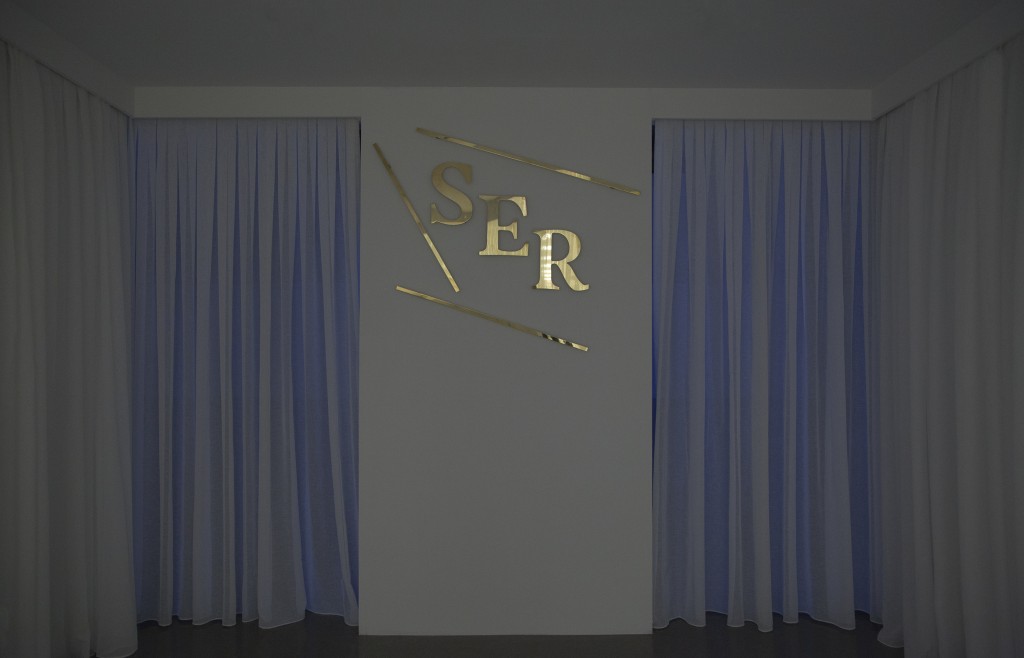 For the first thirty-five minutes of each hour, the gallery is cacophonous. Haiduk consigns the other twenty-five minutes to silence. For just less than half the day, “Seductive Exacting Realism” is absent. In “Waiting Rules,” Ivo Andric tells us that “the surest way to rule is to infect others with waiting.” Arrive too late, and it becomes clear that patience is a prison that springs from the self.

By day, light ekes through windows nearest the University of Chicago’s department of economics. Lit, the viewer becomes aware that seeing means being seen and indebted. Sight’s awareness can blind. A family of models—mannequins—perch on high in the cavernous Renaissance Society. Thus surveilled, the space plunges into darkness as the day ends.

These watchers are Sirens—mythical wreck-makers whose song wastes the traveler by drowning out his destination. They are omniscient but for four nooks, corners where there were once windows. Now each corner cove of the gallery has benches; as I sit in one to hear the audio of the show, I become Sirenic, accosting newcomers with my gaze.

The audio recording playing in each bay is a discussion between Haiduk and Srda Popovic, former leader of Otpor!, the nonviolent student organization credited with toppling Serbia’s Slobodan Miloševic, and now head of CANVAS, an activist-consultancy organization. Their weighty conversation topics (the hopelessness of waiting, democratic coups funded by American corporations, the artist as petit-political consultant) are belied by the voice actors who perform them. Actor Jennifer Estlin and Lin Qian (Apple’s Asian Siri) package political debate smoothly and agreeably. But the disjunctions—between content and voice, between the cacophonous gallery that abates only when sitting (read: submitting) in the corner, and by comfort found in a conversation that while aurally pleasing induces unease—all displace the viewer and by dislocation fix her.

Waiting is ease in dislocation. To be dislocated thus, one must not just resign to being blindly watched but in fact desire this impotence. Andric again: “They forgot what they were waiting for. They became waiting itself.” (Paul Smith)

Through October 8 at the Renaissance Society, 5811 South Ellis, 4th floor