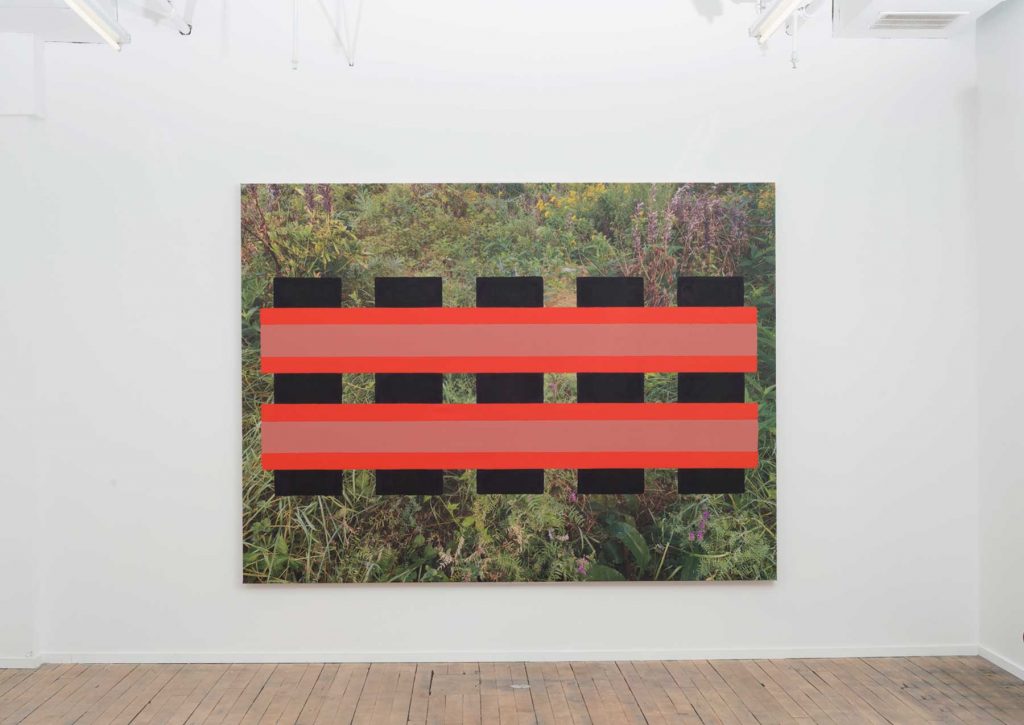 The best modern design is circumspect if not chaste. Joseph Paxton’s “Crystal Palace” was a vast iron and glass shed that contained the chaos of British industry and empire. (It even enclosed several unruly elm trees.) Charles and Ray Eames’ “RAR Rocking Chair” is comprised of fiberglass shell, steam-bent runners, rubber shock mounts, and zinc struts—its design is indistinguishable from its industrial origins.

James Hyde’s design on the other hand is unguarded if not promiscuous. His “Bench (Meadow Chair)” consists of hard, Styrofoam slabs, slip-covered with photo-printed vinyl, mounted on stout, wooden legs. It could have been exhibited in the “Chamber of Horrors,” the exhibition of “utterly indefensible” design held in 1854 at the Museum of Manufactures, the future Victoria and Albert Museum. Hyde’s many painted wooden handles, such as “Papered Handle” (2001) and “Golden Handle” (1996) are all mounted on the wall waist-high, like a display of bathtub grab bars at The Home Depot. But they are without function and purposely shoddy. His lamps are equally hybrid, ill proportioned and barely functional. (Though the same could probably be said for some of the classics at Design Within Reach.) 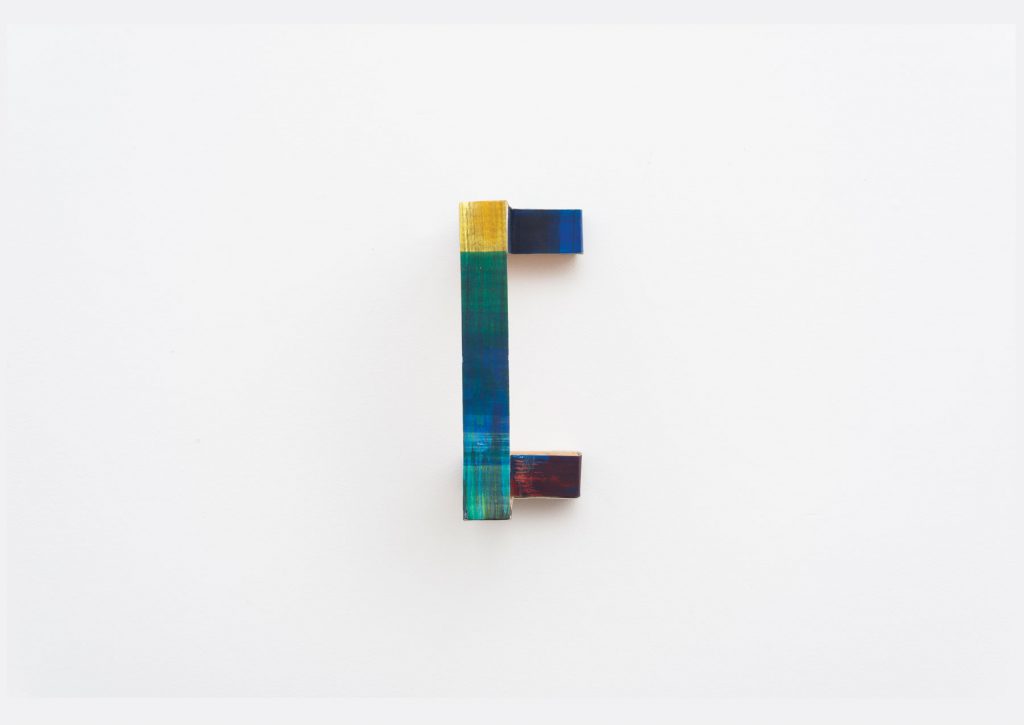 Hyde’s six-foot high “Big Beanbag” (2005) is a miniature “Mont St. Victoire” replete with Cezannesque passage brushwork of green, grey and blue. But instead of a tectonic mass, it is a scrotal sac, like Claes Oldenburg’s “Soft Toilet.” It’s one of the highlights of the exhibition. Hyde’s paintings, in small, medium and large, are also terrific. I especially like the large “Steps” (2015), comprised of a field of photo-printed vinyl (similar to “Meadow Chair”) upon which is painted five, vertical black bars crossed by two horizontal bars. The latter are sandwiches of orange-red oblongs enclosing rose-colored bars. The whole thing resembles a highway guard-rail placed at the end of a cul-de-sac on a country road. Modern design, Hyde seems to be saying, was something like that: a series of obstacles or stop signs; he on the other hand, is determined to see what lay around the bend. (Stephen F. Eisenman)