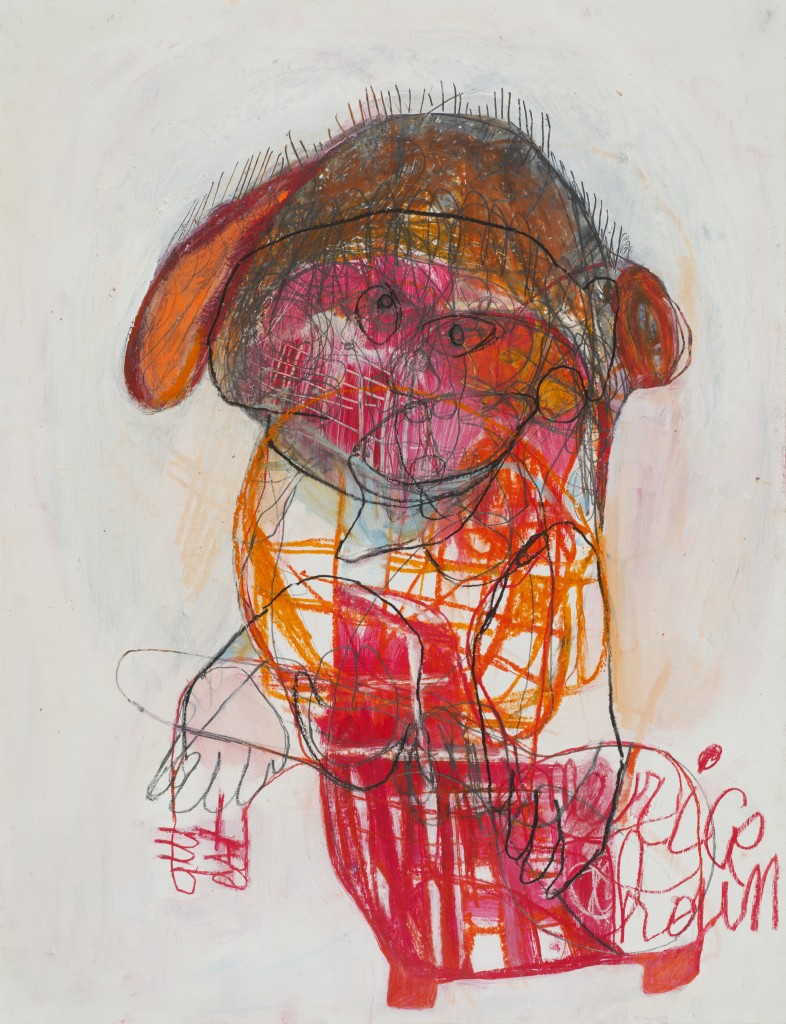 A commanding survey of Outsider drawing, the show includes many of its premier examples, arguing convincingly that drawing is the elemental gesture of intuitive art. One might expect to see a room full of simple, crude scrawls, but here are carefully drafted images that speak a weird wisdom. Shattering other stereotypes, several works by women are included, along with those by international artists. The scale of the pieces range from tiny notebook pages to large-scale projects. Each is a discrete universe.

Drawings by acknowledged masters like Ramírez, Wölfli, Sonnenstern and Traylor lend great authority. Two by Henry Darger, a “Massacre” of little girls (yes, some have penises), and a picture of a dragon-like “Blengin,” remind viewers that his former Webster Avenue living room and studio is recreated in a different gallery here–a world treasure. Contemporary artists are also represented; many of the show’s approximately seventy-five drawings were made after 2000. Look for Rabelaisian sex in Michael Rinaldi’s dense patterns, float in Hiroyuki Doi’s cloud of tiny circles or lose yourself altogether in the color skeins of Scottie Wilson and J. B. Murray. The works of the Czech Lubos Plny are known to include skin, hair and even teeth. And the beautiful pod forms of his countryman Karel Havlícek, who was denied an avant-garde artistic career by political circumstances, remind us that Outsider artists do not always choose to be “outside.”

These works have been gathered from far and wide, lent by prominent collections and galleries. No windy labels interrupt the viewing. On hand are—what else?—pads and pencils for viewers to make their own raw drawings. This is the show to see if you wish to reconnect with Intuit or with Outsider art in general. Curator Jan Petry and director Deb Kerr are to be commended for their vision and ambition. Keith Haring once said, “Drawing is still basically the same as it has been since prehistoric times. It brings together man and the world. It lives through magic.” Truly, there is much magic to be experienced in “dRAW!” (Mark Pohlad)

Through January 3 at Intuit, 756 North Milwaukee