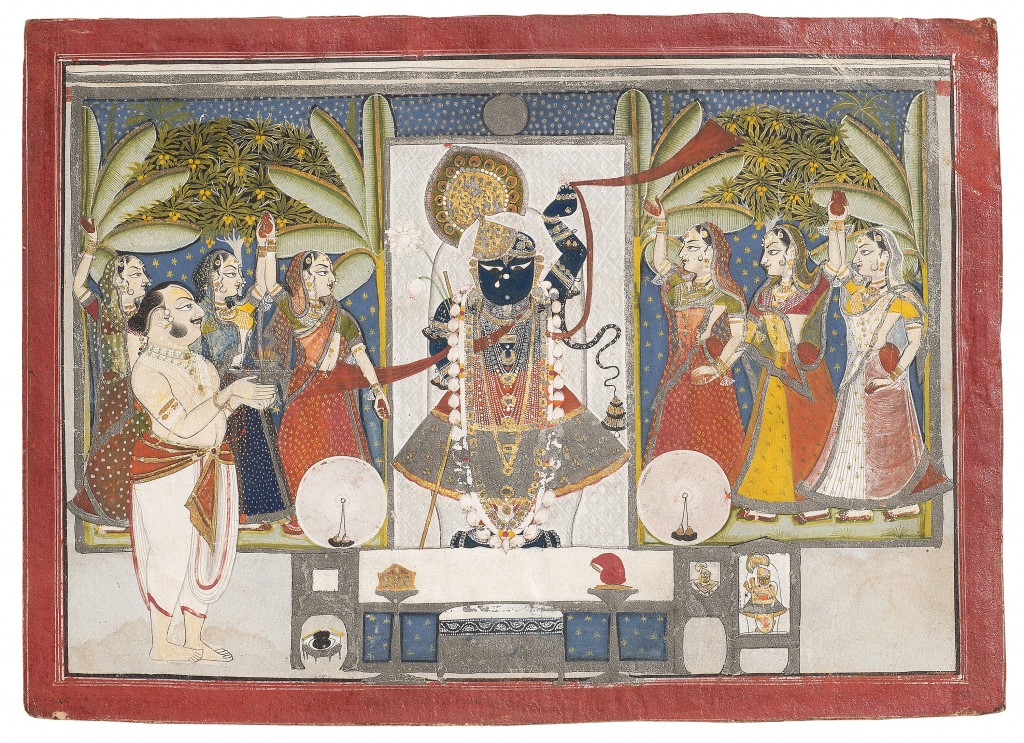 Every encyclopedic collection of world art has at least one depiction of Krishna, the most lovable god of the Hindu pantheon. The first room of this exhibition shows us the kind of things that Westerners enjoyed collecting in the last century. In sculpture, there is the amazing Chola tradition from Tamil Nadu. In painting, there is the recurring theme of Krishna entertaining his beloved Gopis, cow-herding girls. Promotional material for the exhibition prominently features one such playful image.

But the bulk of this exhibit focuses on the curious Pushtimarg tradition. Founded in the sixteenth century, this Hindu sect dedicates itself to Shrinathji, an icon of Krishna as a seven-year-old child. Devotion is practiced in a schedule of rituals that cycle through the day and the seasons, occasionally customized for important devotees. This exhibit includes several wall-sized hangings that adorn these ceremonies, as well as dozens of miniature paintings that memorialize them. 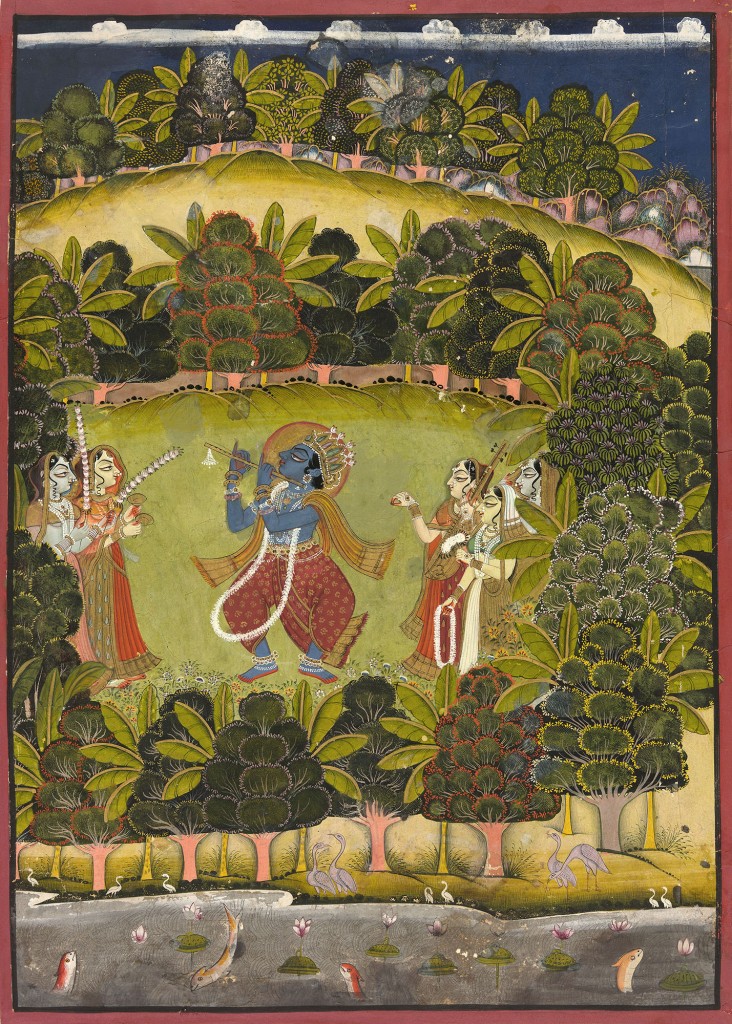 It is not surprising that this is the first American exhibition to focus on this tradition. Krishna is portrayed as far less human than the god is in other traditions of Hindu art. His body resembles a malevolent pepper shaker, so he bears an unfortunate resemblance to the villainous Daleks who once battled Dr. Who. This juvenile but threatening figure is at the center of each miniature, and the artist has taken care not to let the eye escape from his central importance. On first viewing, these stiff, symmetric images may offer a disappointing contrast to the free flowing, feel-good buoyancy of other schools of Krishna painting. But once the rules of the style become familiar, its variety and precision can be better appreciated. Though the worship portrayed feels static and compulsive, there is a charming contrast between the imperious young divinity and his gentle, obsequious devotees. The exhibition lets us know that the Pushtimarg tradition lives on, but unfortunately it does so with a gallery of photographic banners bearing the faces and words of living practitioners, rather than displaying examples of contemporary work. What began with world-class art, ends with popular anthropology. (Chris Miller)

Through January 3 at the Art Institute of Chicago, 111 South Michigan