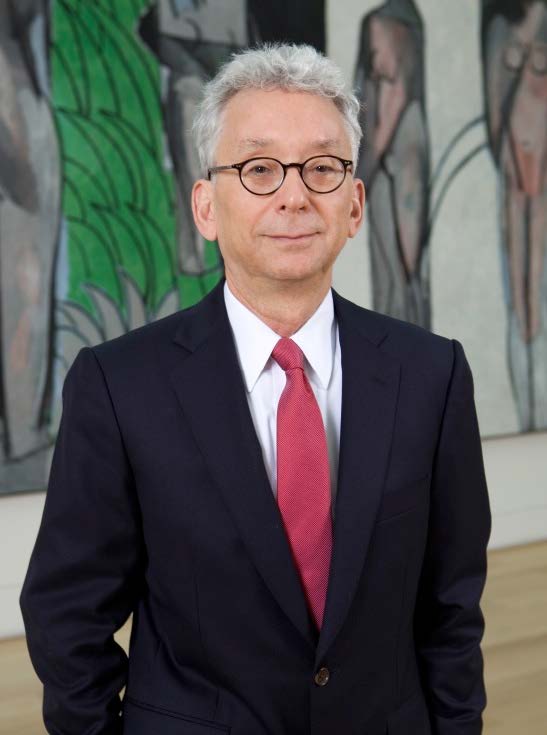 Douglas Druick, President and Eloise W. Martin Director of the Art Institute of Chicago, announced his intention to retire late Tuesday evening. Druick has been at the helm of the Art Institute since 2011 and has served for a total of thirty years at Chicago’s mainstay art museum. In nearly five years, Druick oversaw the Art Institute through major growth and change, including the acquisition of the largest gift of art in the museum’s history, given by Stefan Edlis and Gael Neeson earlier this year, record high attendance and recognition as being among the best museums in the world. For these specific achievements and his overall leadership of the institution, Druick topped Newcity’s list of Chicago’s 50 most powerful art figures in 2015.

“It has been my honor to serve as the Art Institute’s president and director,” said Druick. “I have been deeply proud to lead one of the finest museums in the world, and to work for three decades with an exceptional cadre of remarkably talented museum colleagues.”

Offering a vague clue to the work that lies ahead for the Art Institute, he noted that “The next chapter in the life and legacy of the Art Institute hinges on an all-important five-to-seven-year endeavor to realize the museum’s long range plan that I believe requires uninterrupted leadership. I will retire with confidence, knowing that the foundation for the museum’s future is firmly in place and that we will energetically pursue our ambitious vision.” Given the museum’s recent expansion upon the opening of the Modern Wing in 2009, one can only imagine what this plan entails.

Before assuming leadership of the Art Institute, Druick was the chair of the Department of Medieval to Modern European Painting and Sculpture, which includes the museum’s extensive Impressionist, Post-Impressionist and Modern collections. Before that, he was the chair of the Department of Prints and Drawings, a post he held concurrently with his position as the Searle Curator of European Painting at the Art Institute. Before arriving in Chicago, Druick was the Curator of European and American Prints at the National Gallery of Canada in Ottawa from 1973 to 1984.

A curator as well as a director, Druick organized exhibitions such as “Odilon Redon: Prince of Dreams, 1840-1916” in 1994; “Gustave Caillebotte: Urban Impressionist” also in 1994 and with Gloria Groom; “Van Gogh and Gauguin: The Studio of the South” in 2001 with Peter Zegers; “Cézanne to Picasso: Ambroise Vollard, Patron of the Avant-Garde” in 2006 with Gloria Groom; and “Jasper Johns: Gray” in 2007.

The Art Institute has yet to comment on a plan to replace Druick, stating only that he will continue to serve in his current leadership role until his successor is appointed. (Elliot J. Reichert)