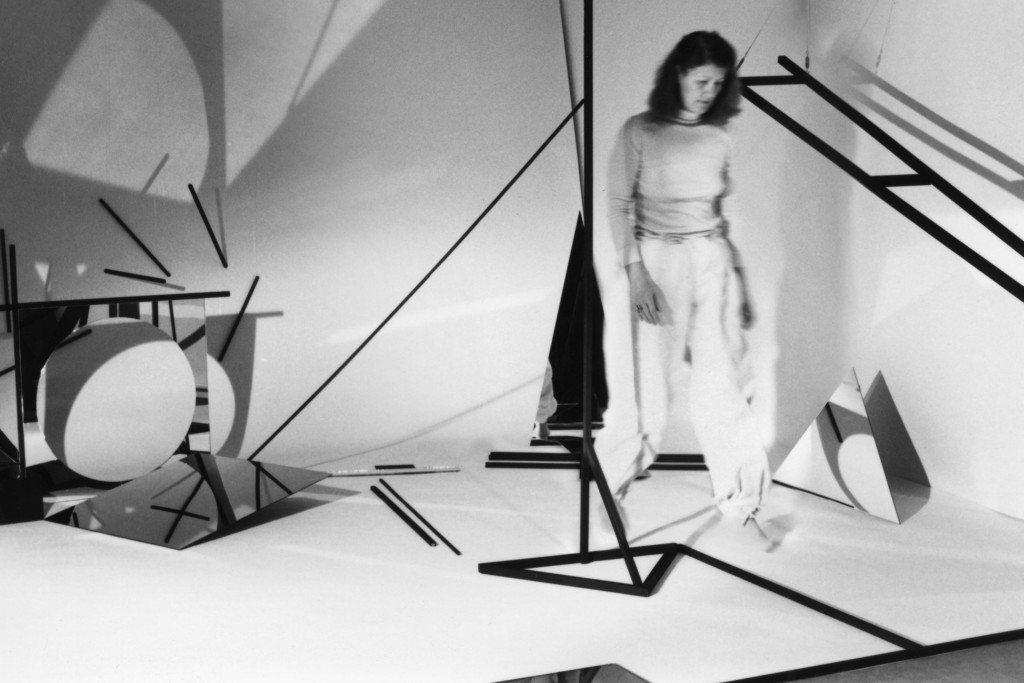 The best shows at the Graham Foundation’s Madlener House communicate with the architecture of the Prairie-style Gold Coast mansion. “Barbara Kasten: Stages” uses the space to the fullest, from the brightly colored photographs in the stairwells to archival materials in the library to a gigantic video installation inspired by the building’s architecture.

Works are installed in a roughly chronological order, with older works on the ground floor graduating to newer pieces on the third floor. Presented as part of the inaugural Chicago Architecture Biennial, “Stages” offers a perfect glimpse of the artist’s five decades of prodigious output. Gathered together, it is easy to see through-lines in her interdisciplinary career, including her use of abstraction and interest in architectonic form.

“When I first looked back, I myself was surprised to see the continuum of what I was doing,” Kasten says. “It wasn’t a conscious thing. It didn’t stem from theory, it stemmed from who I was, my own process.”

The seventy-nine-year-old artist has long been interested in the artistic process and in creating work by hand. Even today, everything is analog; there is no digital manipulation or post-production involved. To our digitally conditioned eyes, it is astounding to imagine how she composes her multilayered photographs, especially in her 1980s “Construct” series. Geometric shapes and mirrors overlap, reflecting and refracting color and light to create intensely bright photographs that feel very contemporary. That series has counterparts in the more recent “Studio Constructs” and “Transposition” series, which play with abstraction, shadow and light in a more minimal way. 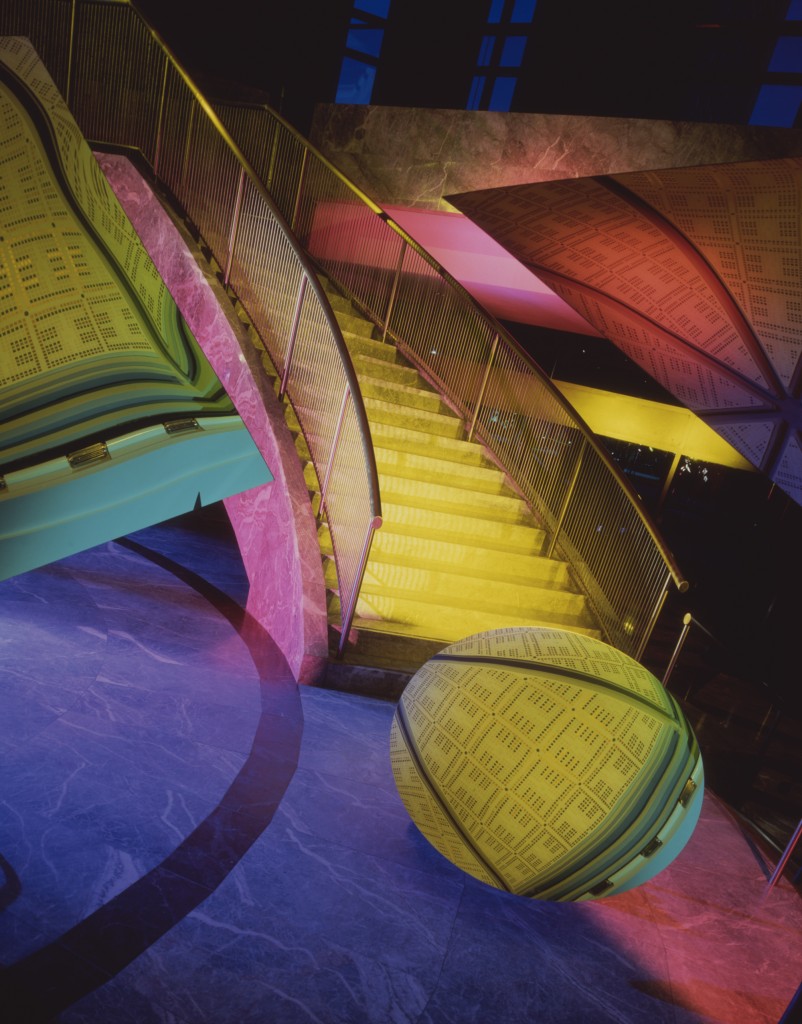 Her new, site-specific video installation “Scenario” includes white geometric sculptures in a partial white cube set in the third-floor ballroom. The video projects bright colors onto the piece; they change abruptly from red and green to bright blue. The room seems completely different with each transformation, as shapes and shadows appear and disappear.

It is hard to comprehend why a show as powerful as this has taken so long to happen. Institute of Contemporary Art, University of Pennsylvania curator Alex Klein, who organized the survey, remembers seeing a resurgence in photo-abstraction and asking herself, “What happened to Barbara Kasten?” Klein worked on the show for three years, including going through the artist’s never-before-exhibited archives. Klein posits that Kasten’s work was under-recognized due to a variety of factors, from gender and geography to the fact that her work was pigeonholed in the photo world. “To get the attention here in her hometown is long overdue,” Klein says.

Kasten knows firsthand how women’s work can be under-appreciated, from the documentary she co-produced in the 1980s with Deborah Irmas, “High Heels and Ground Glass: Pioneering Women Photographers.” The Bridgeport native was just getting into photography. “I soon noticed it was the men that were getting all the attention,” Kasten says. “I decided that I needed to try to do something about it.”

“I’ve had the privilege now of being acknowledged,” Kasten says. “It’s great encouragement.” But that doesn’t mean she’ll be stopping, or even slowing down, anytime soon. “Once you commit to being an artist, you don’t stop,” she says. “There’s no retirement.” (Kerry Cardoza)