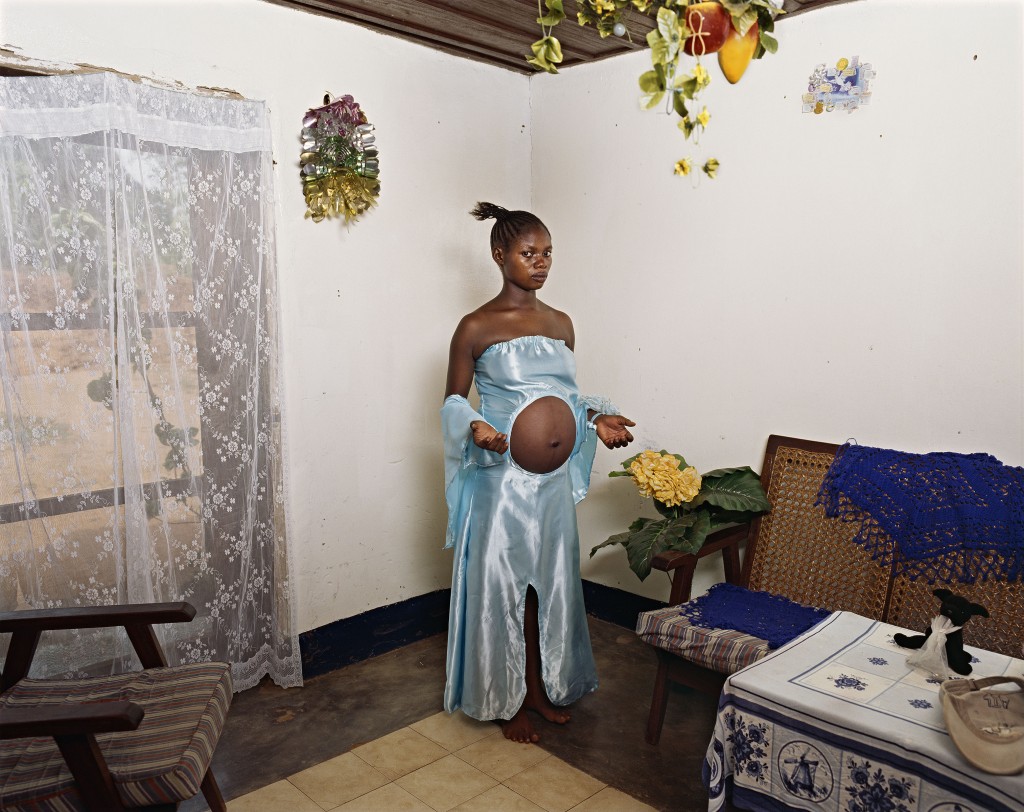 Deana Lawson’s found and staged images embody photography’s contradictory nature. Her scenes are filled with black bodies in predominately black places around the world, from Africa and the Caribbean to U.S. locales including New Orleans, Detroit and the Flatbush, Brownsville and Canarsie neighborhoods in Brooklyn. For Lawson, her subjects are like extended family, though when she first encounters them, they are strangers. Through intimate conversation and trust-building, she gains their confidence and they pose for scenes that she often carefully “story-boards” prior to their actualization as photographs.

Much has been made of the troubling practice of color matching in photography, with stories of Kodak’s Shirley cards predominating, yet Lawson seems to have found an appealing work-around. Her prints are vibrant; the lighting enhances brown skin tones rather than rendering them dull or chalky. Even the gray tones of dust and smoke or the deep red of fresh blood are striking. 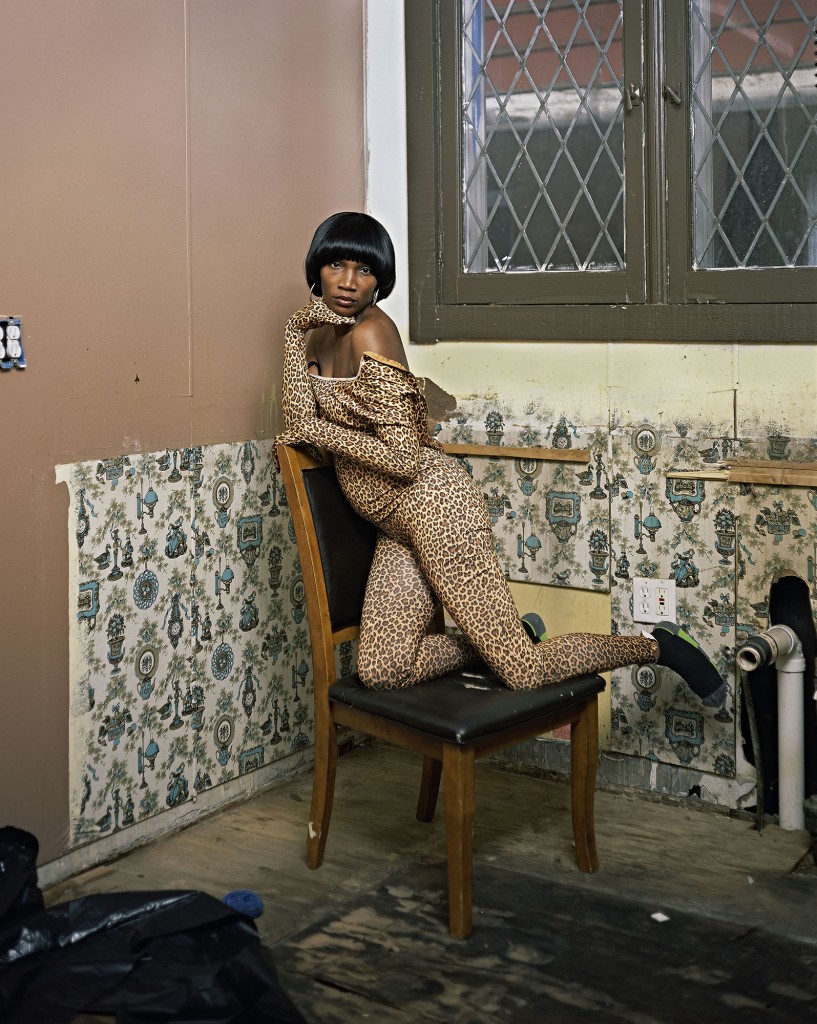 Lawson’s representations of blackness are more than visual correctives. Their keen focus on the real burdens the images with a responsibility to tell the truth. “Danto Sacrifice” (2012) depicts a scene from a Haitian Vodou ritual in honor of Ezili Dantor, the Iwa (spirit) of motherhood, while “Jouvert” (2011) marks daybreak on the start of carnival celebrations in Trinidad and Tobago. Despite the social and geographic diversity contained within the photographs, Lawson’s scenes share a unified aesthetic. The room depicted in “Mama Goma, Gemena, Democratic Republic of the Congo” (2014) could easily stand in for the one in “Living Room, Brownsville, Brooklyn” (2014). Presenting realities that are not always visible is a noble artistic goal, yet Lawson offers a highly curated view of global blackness. In choosing the moment we see, she crops the frame around the subject’s life and the story that reveals it, forever defining her reality by carefully shaping a visual narrative. Photography’s magic of capturing multiple realities is also its danger. The one who holds the camera becomes the maker of meaning, and the resulting image becomes a symbolic intention, coded with information, for whichever ends are desired. (Lee Ann Norman)

Through January 10 at the Art Institute of Chicago, 111 South Michigan