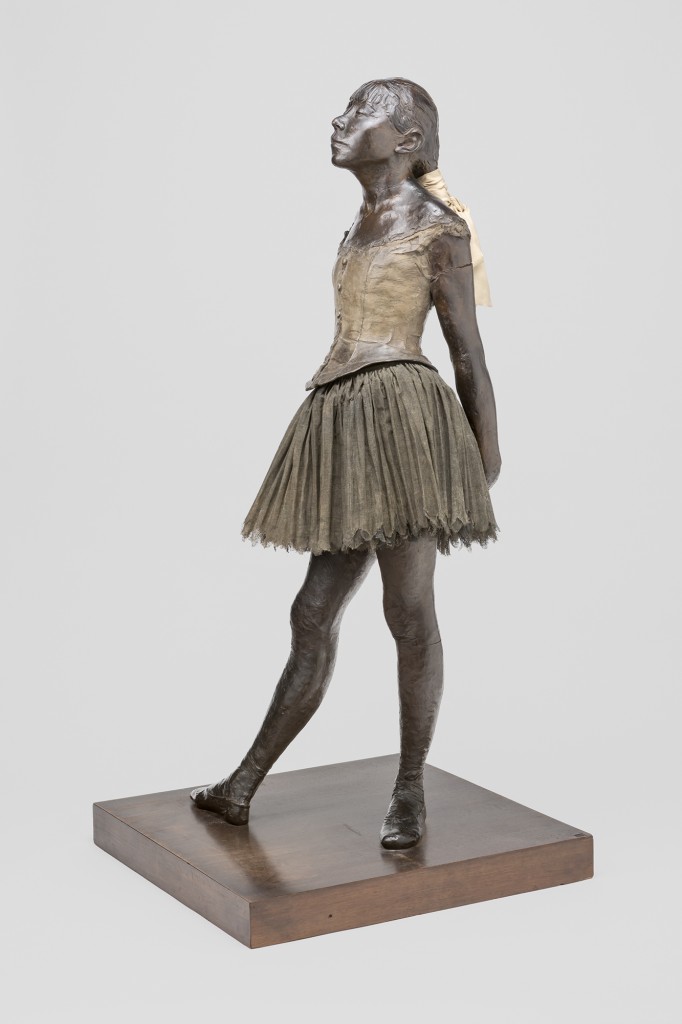 For a man surrounded his whole life by women and horses, Degas was astonishingly unresponsive to both. The bodies of his ballet dancers are complex and expressive but their faces are bland or impassive. Even when they are distinct, like the simian “Little Dancer Aged Fourteen” (1881), they convey little thought or emotion. It is astonishing that Degas was friends for forty years with the brilliant American feminist artist Mary Cassatt.

Same thing with horses. I don’t think I’ve ever seen a horse by Degas that exhibited the personality contained in a single hoof by Gericault. His small bronzes, cast posthumously from crude waxes, are neither powerful nor vulnerable. The “Horse and Jockey” (c. 1875) is better than many—two intersecting forms energizing the space around them—but the mount’s comportment and the rider’s anatomy are incoherent. It is no wonder “ Scene from the Steeplechase: The Fallen Jockey “(begun 1866)—the most ambitious work in this vest-pocket exhibition—took thirty years to finish. When you paint a nearly life-size jockey and pair of thoroughbreds, you need to get your facts right, even if you’re an Impressionist. The horses here are ungainly and the fallen rider neither dead nor alive, just inert. 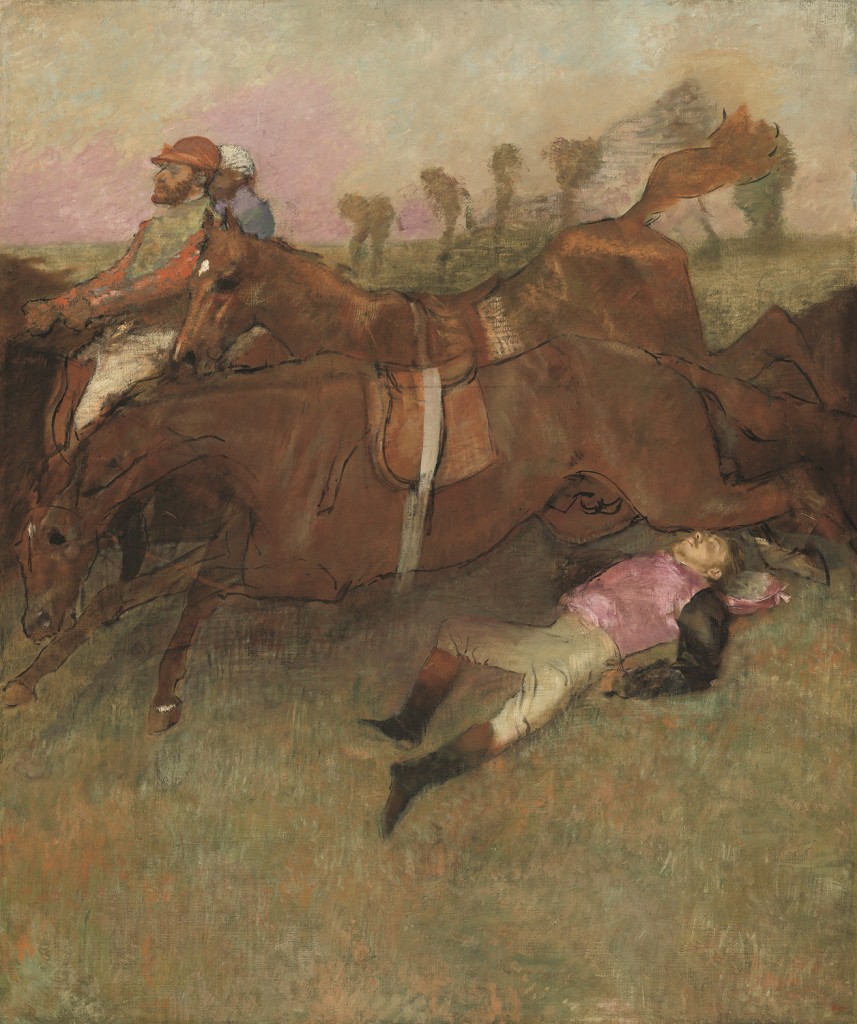 Perhaps the best work in the exhibition is neither dancer nor horse. It is a “Harlequin” (1885), spied from behind, surrounded by an aqueous stage set. His trousers and tunic, decorated with the requisite diamond pattern, set him off from the blue-green around him. The shrouded figure on the stage and ballet corps at the back remind us we are in a theatre and not at sea, but the effect is nevertheless of a dream. There is no imputation in this pastel that Harlequin possesses a mind or that he is about to make a terrible blunder. (He is shown on the point of clobbering his own brother whom he mistakes for a romantic rival.) What there is instead is a record of what Degas saw on the stage and in his mind’s eye: contours, patterns and colors that speak more about the temperament of the artist than his models. (Stephen F. Eisenman)

Through February 2016 at the Art Institute of Chicago, 111 South Michigan