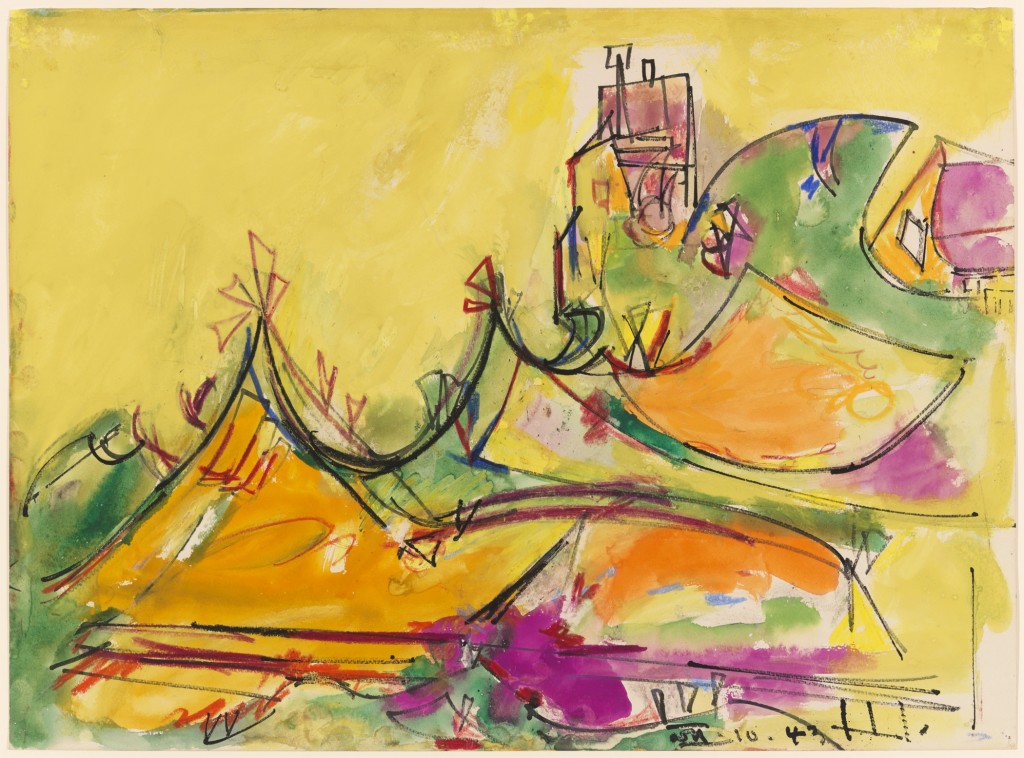 Hans Hofmann. “House on the Hill,” 1943.
Ink and watercolor on wove paper. Smart Museum of Art, The University of Chicago, from the collection of Janice and Henri Lazarof, 2000.35.

Raw, emotional and distorted, the Expressionist movement brought a subjective perspective of the world to the surface of the canvas. Although this style of art has historically been seen as a German and Austrian movement, “Expressionist Impulses” surveys the work of artists from surrounding countries such as Poland, Romania and the former Czechoslovakia, which simultaneously critiqued political and social concerns. By exhibiting artists from outside of Germany, the Smart Museum has elevated countries involved in the Expressionist style and tendencies that are often overlooked.

The exhibition includes sculptures, paintings and drawings by eighty artists made between 1890-1990. Belgian artist George Minne’s “Kneeling Youth” was originally displayed in a circle of five identical plaster sculptures surrounding a fountain at the “Eighth Exhibition of the Secession” in Vienna in 1900. However, in the museum, only one of the sculptures is displayed. The individual piece accentuates the singular experience of human suffering and apprehension.

Ludwig Meidner’s “Interior (The Artist’s Bedroom)” is displayed with a small comparison image of the Van Gogh painting “Bedroom in Arles” (1889). Meidner’s painting, similar to Van Gogh’s, presents an honest representation of his condition and uses dramatic lighting, bold strokes and distorted perspectives to evoke an emotional and raw response in the viewer. 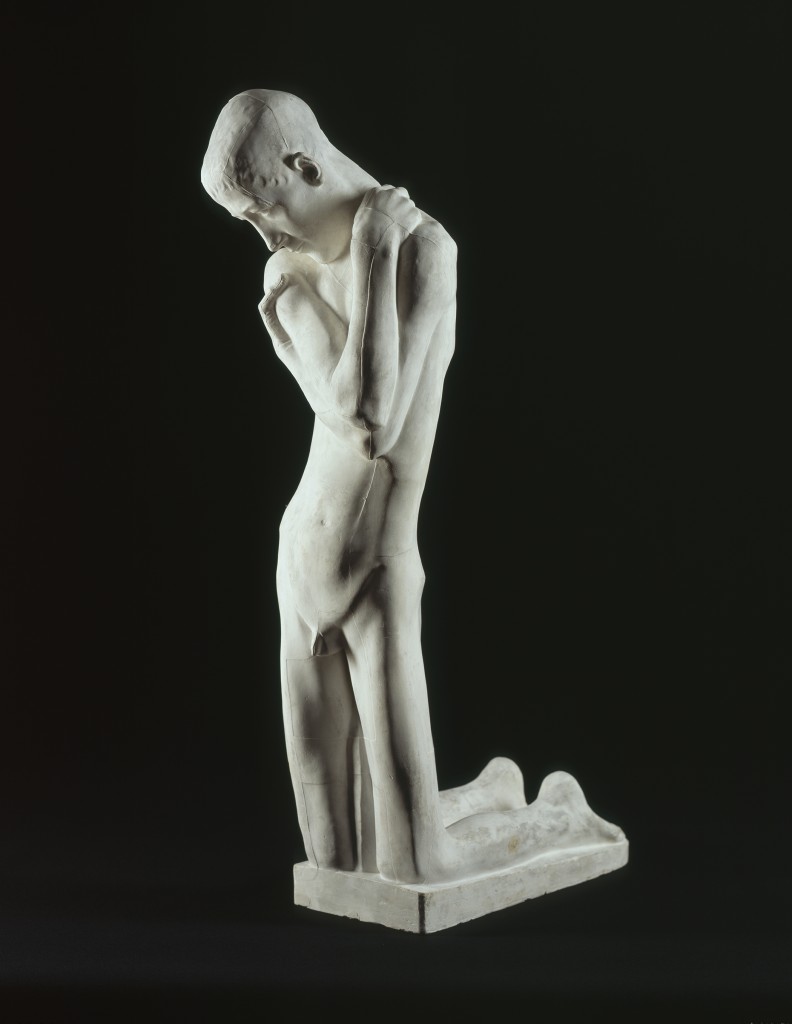 Works like Hans Hofmann’s “House on the Hill” use the strategies of chance, color theory and illusion that unite much of Expressionist art. Typically known for his discussions on “push and pull” color manipulation, this watercolor and ink piece is loose and abstract in comparison to his large scale geometric works on canvas.

While many of the artists and works presented here have been historically overlooked, I did miss artists like Egon Schiele and Marc Chagall, and felt a little disappointed in their absence. Nevertheless, the exhibition unites artists of all media by a common thread: emotion and its expression. By exhibiting artists and countries who are often cast aside in the Expressionist movement, the Smart Museum offers a uniquely captivating experience of European art from the start of World War I and into the era of the Cold War. (S. Nicole Lane)

Through January 10 at the Smart Museum, 5550 South Greenwood