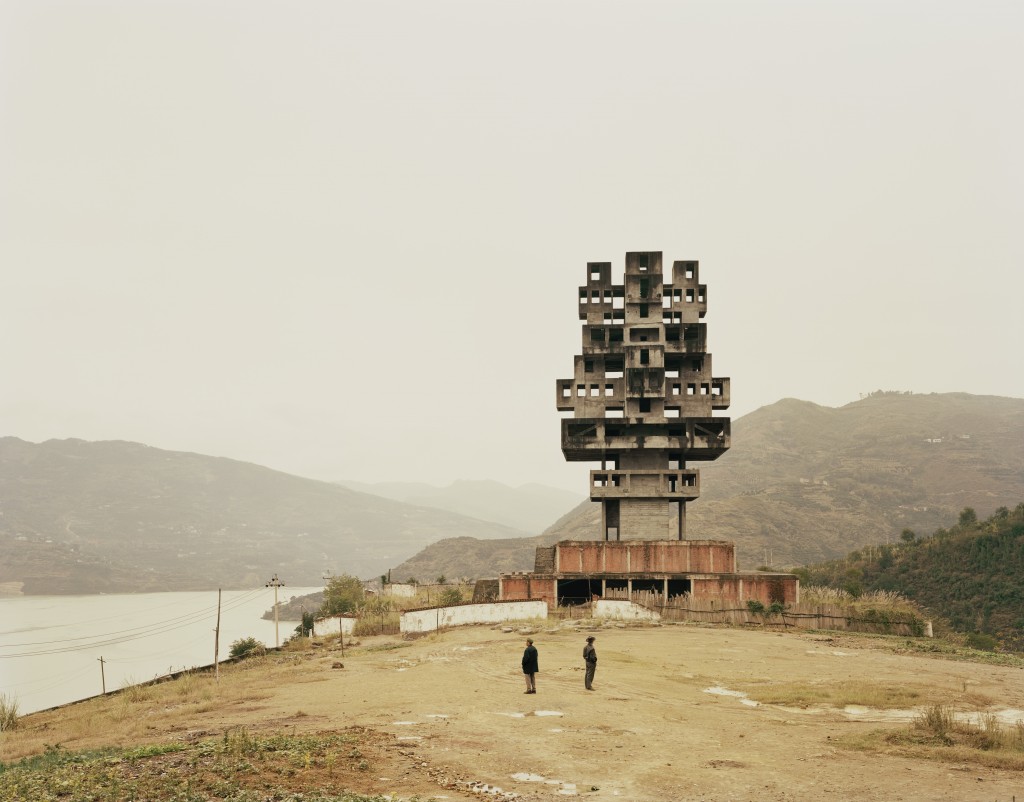 Frank Gehry said that “architecture should speak of its time and place, but yearn for timelessness.” Whether or not history will judge his architectural style to have achieved such grand ambitions, I found this quote to be a poignant threshold for this exhibition of photography about architecture and monumentality. The effective use of time and space remains the focal point of successful art-making, and this is especially true in the disciplines of photography and monumental architecture. These mediums are both momentary and enduring, and reach their pinnacle as an art form when equilibrium between these oppositions is achieved. “Grace of Intention” examines this fragile relationship and our impulse to memorialize the zeitgeist of our time. 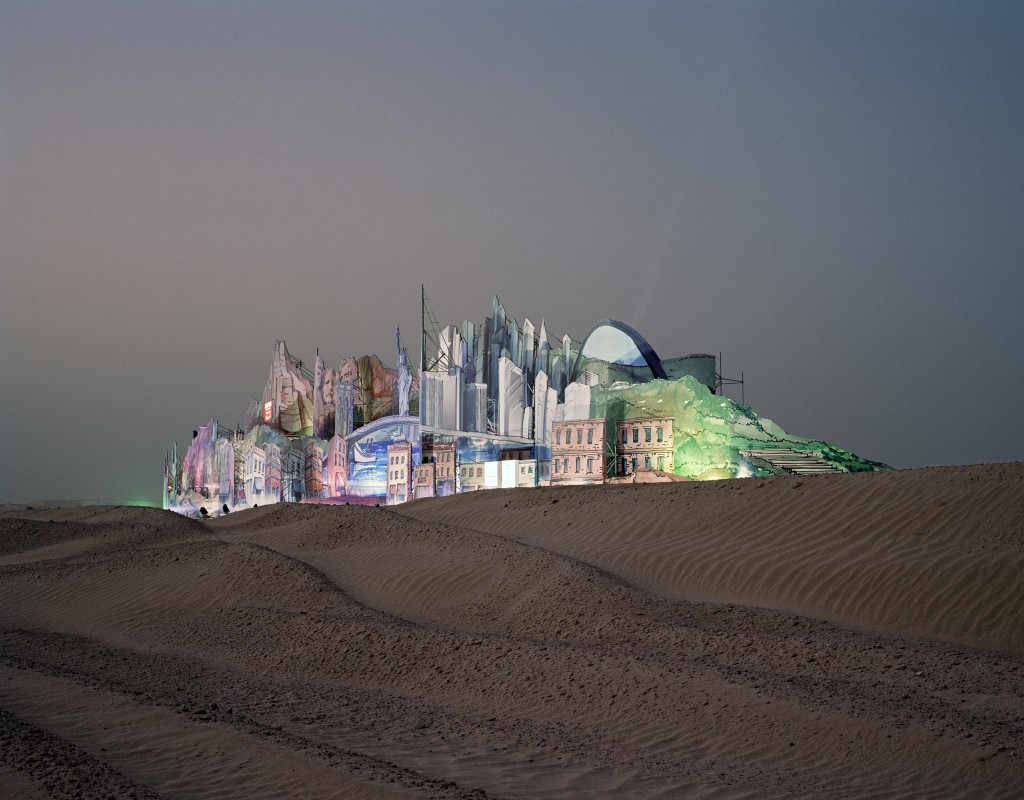 There is a timeless quality to the exhibition as a whole: little differentiation is made between the past, present and future; our impulse to create memorials remains the same. Much of our inclination to memorialize rests in perceived emotional attachment rather than actuality. Geert Goiris and Ana Vaz, who contributed a video to the exhibition, use physical memorials as the embodiment of emotional states. For them, the architecture itself means little, but rather the monument rests on the potential nostalgia or catharsis it evokes. However, such a relationship between a permanent object and an emotional mindset can lead to discrepancies with the passage of time. Jan Kempenaers’ haunting photographs of pseudo-futuristic Eastern Bloc architecture represent the inevitable conclusion to monuments whose grand nationalistic intentions have been long forgotten. The compulsion to hyper-memorialize is not restricted to the past, however. Nicholas Moulin and Florian Joye depict the future of such uninhibited development. Their work investigates the “automonument,” or construction whose sheer enormous scale earns it its monumental status. Though their images depict more hypothetical monumental architectural advancement than actual construction, they epitomize the continued incorrigible, and yet unrealized, desire for timelessness. (Noah Hanna)

Through December 23 at the Museum of Contemporary Photography, 600 South Michigan.