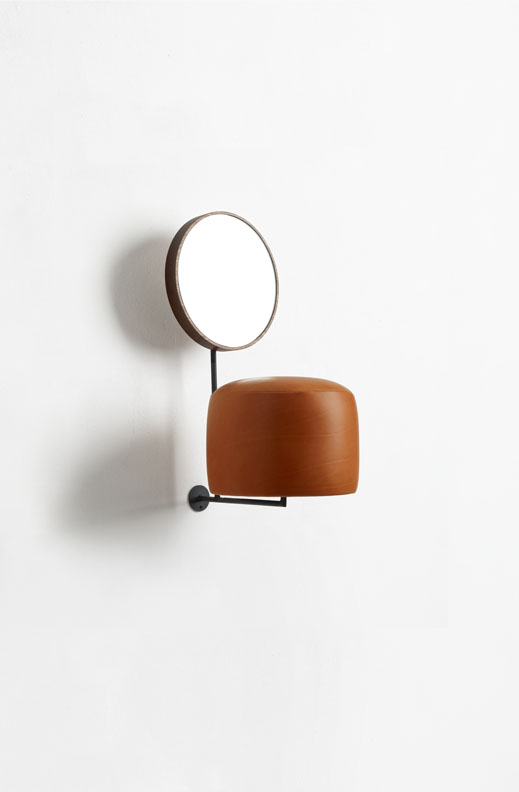 What one is dealing with here are the dreams of a designer: sculptures and wall-mounted pieces of extreme oddity and pulchritude wherein the former masks the later, with the strangeness even further couched in a design sensibility not too far from the elegance and desire one finds evoked in the sweeping arms and spinal column of a chair or the glorious lucifer, a beautifully crafted lamp.

Indeed, many of the pieces on display in “Almanac,” Corbett vs. Dempsey’s practice-sampling exhibition of Thomas Grünfeld, could easily be construed as furniture at first blush. The lovely upholstered blobs of the “Gummi” series—in oh-so-fashionable and marketable cream, crimson, and coal—practically beg, with distended tongues and puppy dog eyes, to be caressed, collapsed upon and enjoyed with a blunt and a hi-fi in a living room out of a Jim Steranko comic, but they are not truly furniture, lacking as they are any ergonomic amenities, people properly excluded for aesthetic. So, too, is the suspended mirror or cushion contraption of “HdL (orange)”—a barber’s fever dream device consisting of a floating Spanish orange ottoman and a round mirror—a seemingly benign furnishing which refuses to be availed of with the haughty dismissal of its lofted position and the mirror’s laughable proximity to the surface, making it suitable for opticians and serial killers only. 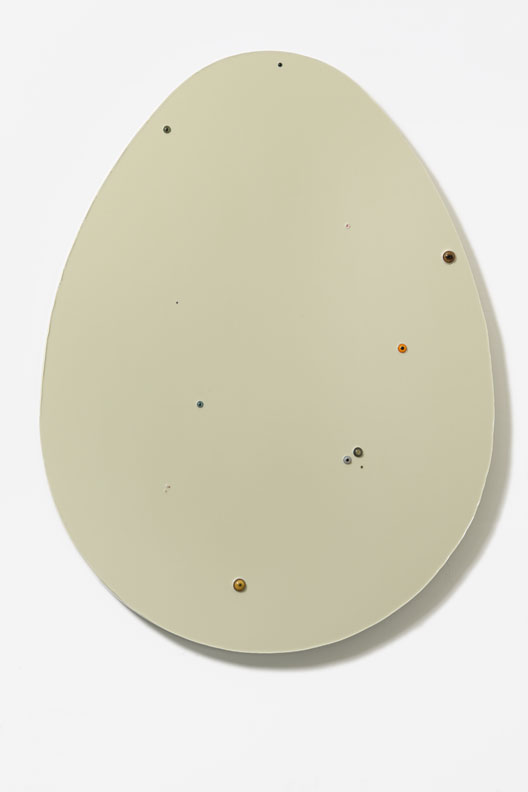 Grünfeld’s “Egg” series, milky drops with smatterings of prosthetic eyes—the blunt, dumb rectangles of ungulates, the harsh slits of reptiles, the soulless dots of birds or fish or something—are revealed to be less minimal wall hangings than surrealities with a creeping hint of body horror. His “Misfit (swan/nutria/donkey)” could be called scientific, a blending together of the titular fauna—resembling, as John Corbett notes in his catalogue essay, the notoriously compound nature of German nouns—with an organic grace, the elegant neck melding gorgeously to the furred body, the entire thing standing naturally and as unbelievable as a platypus. The masterful cleanliness of Grünfeld’s work keeps its kinks just below the surface; their explication keeps them just beneath the skin. (B. David Zarley)

Through December 5 at Corbett vs. Dempsey, 1120 North Ashland.