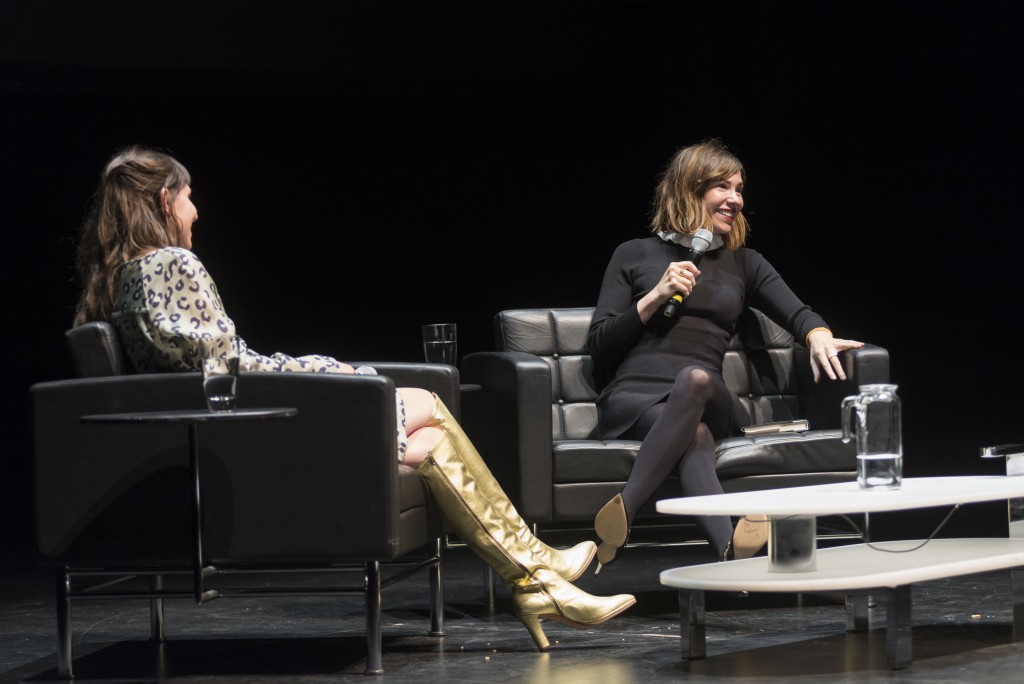 Have you been to the Museum of Contemporary Art lately? It’s like the Experience Music Project in there! Nowhere is the morphing identity of the institution more apparent than in their badass roster of recent and upcoming public programs. Complementing the event calendar is a noticeable emphasis on musically inclined exhibitions and residencies. The fourth floor is presently occupied by “The Freedom Principle: Experiments in Art and Music, 1965 to Now,” featuring sounds, ephemera and visual art celebrating the fiftieth anniversary of the Association for the Advancement of Creative Musicians (AACM). Contemporary classical ensemble eighth blackbird has the honor of being the MCA’s first musicians-in-residence; they have overtaken the third floor with a pair of installations (in which they will rehearse November 21 and November 22).

The Friday before Halloween featured the second iteration in the conversation series “In Sight Out,” co-programmed by Pitchfork. Polymath Carrie Brownstein brought down the house with a candid conversation about her new book, “Hunger Makes Me A Modern Girl.” Jessica Hopper, Pitchfork’s senior editor, conducted the interview (pro tip: if you read two books this year, make them Brownstein’s memoir and Hopper’s compendium “The First Collection of Criticism by a Living Female Rock Critic”). The conversation was funny, touching and informative, riddled with literary references and personal anecdotes alike. Brownstein admitted to falling prey to the ailments that plague all mortal writers and creatives: writer’s block, lack of focus, crippling self-doubt and the general malaise associated with spreading oneself too thin. “I hated writing it,” she said. “Writing is hard.” 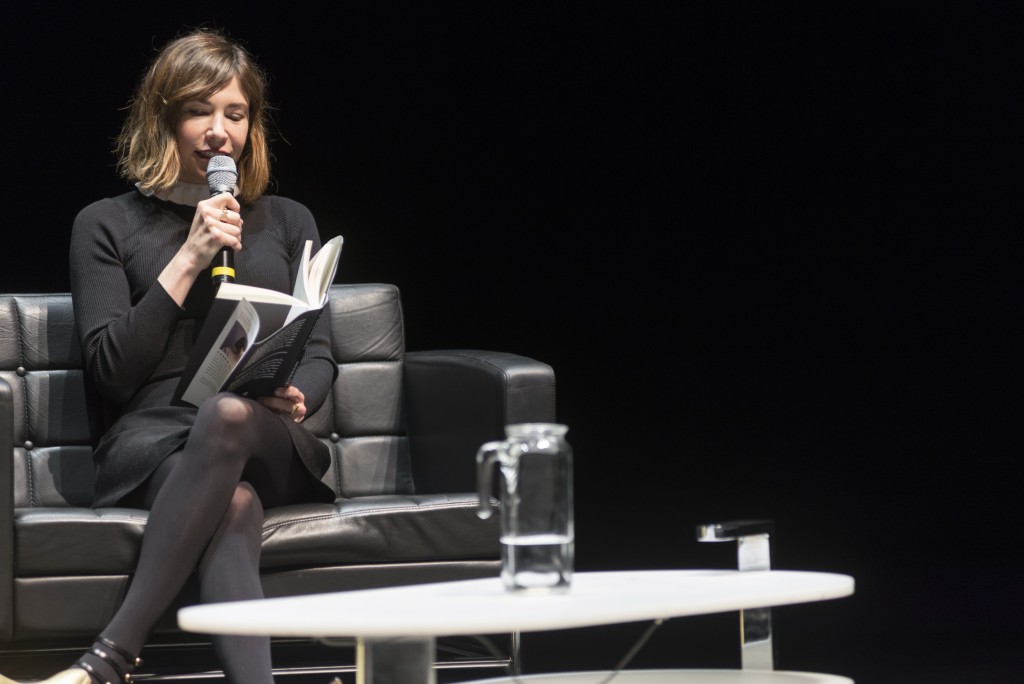 Brownstein cited two motivations for penning the memoir—first, as a love letter to Corin Tucker, co-founder of Sleater-Kinney. “Corin was my biggest concern,” admitted Brownstein, who read passages to her band mate for approval lest she come across as “creepy” in her admiration. Second, the book is an assertion of Brownstein’s agency over her own narrative and intersectional identities. She advised, “You have to create a mythology for yourself.” Hopper called the book a “laugh/cry” read and this was definitely a “laugh/cry” talk. I don’t know if I’ve ever seen a more ardently engaged audience in the MCA auditorium. Shout-out to the audience member in the “All Hands on the Bad One” costume!

More programs targeting the modern cultural consumer are forthcoming, says director of education Heidi Reitmaier. She emphasizes that the MCA embraces multi-disciplinarity and identifies as a holistic institution, because “cultural production doesn’t happen in a vacuum.” “In Sight Out” continues with siren Neko Case speaking on December 9 followed by superduo Run the Jewels on January 16. Masterful moderator/interviewess Hopper returns for both engagements. Brownstein’s talk sold out in nine minutes and had fans queuing up outside the MCA at 10:30am, so get in line now, culture vultures. (Erin Toale)