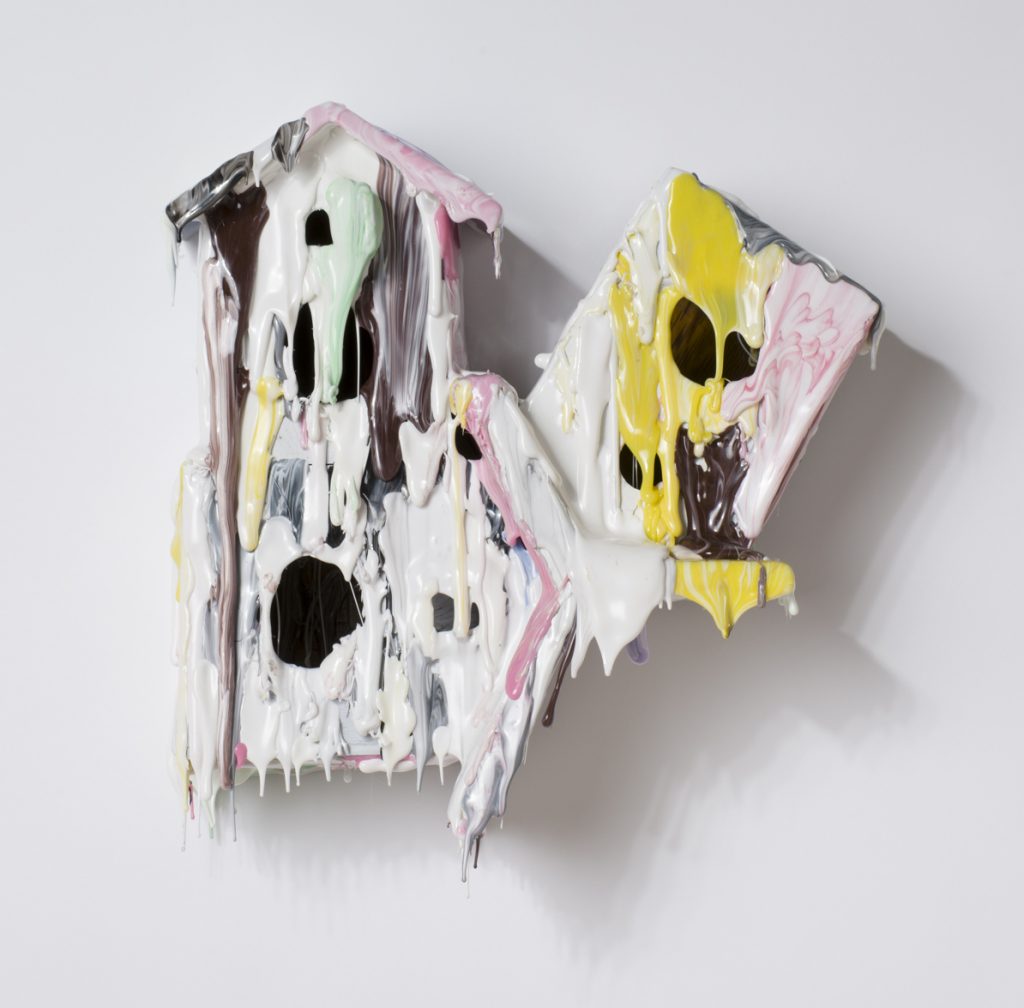 The failure of the modernist enterprise brought about an injunction to rethink the shape of time. Time was once linear, logical and homogenous. Now it’s gloopy, viscous and prone to pooling in weird ways. Daniel Bruttig’s “Timekeeper” comes well stocked with nods to this shift. Most of the show is given over to sculptures made of cuckoo clocks, thickly coated with paint, glue and crayon. They recall the automated paintings of Roxy Paine or Franz West’s colorfully misshapen sculptures. Several works prominently feature arrows, reprising Stephen Jay Gould’s seminal opposition of time’s arrow and time’s cycle. It’s difficult to know whether Bruttig is being light-hearted or heavy-handed.

I incline to the former, in part because a dark humor runs through the show. Disassembled clock pieces sprout from the works like nightmarish limbs. The kitschy forms of cheaply made foxes, berries and birds recur. Titles like “Fun Barn” and “Busch Gardens” allude to the charged imaginary of the fairground, where clowns and corn mazes conceal the grisly specters of death (0r abduction, or dismemberment, or sex or comic release). Two sculptures rotate on the wall, emitting sinister squeaks and spicing the show with a pinch of the unheimlich. Many of the clocks contain secret ocular pleasures: mirrors, colorful reflections, small doors left ajar in their sides. Two hold large lenses, turning the works into tools for inspection. 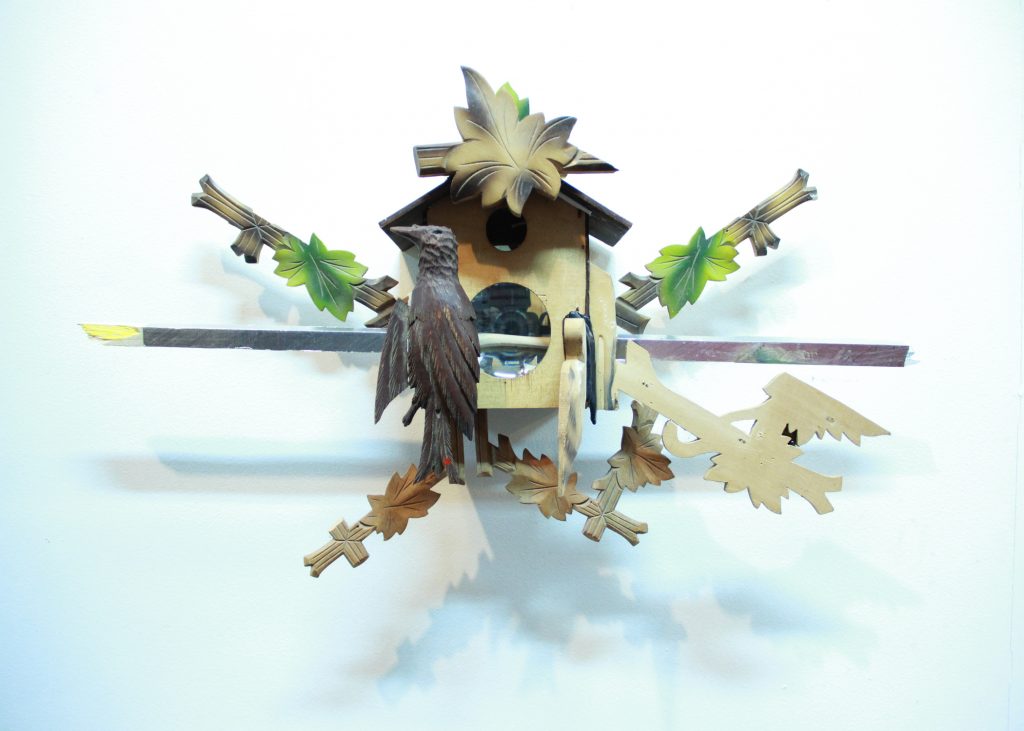 The show is most successful when the cuckoo clock—with its creepy, homely resonances—is pried apart and instead has its syntax used more creatively. “Evergold” (2015), a floor piece that stands a little over five feet, is an arboreal form coated in thick, gelatinous gold. It’s comprised of wooden cutouts that suggest an eerie affinity between baroque curves and domestic D.I.Y. The shiny black box at its base marks a self-conscious engagement with the discursive propositions of sculpture; but it also conjures a haunting space apart, the nightmarish world furnished by Bruttig’s instruments of kept time. (Luke A. Fidler)