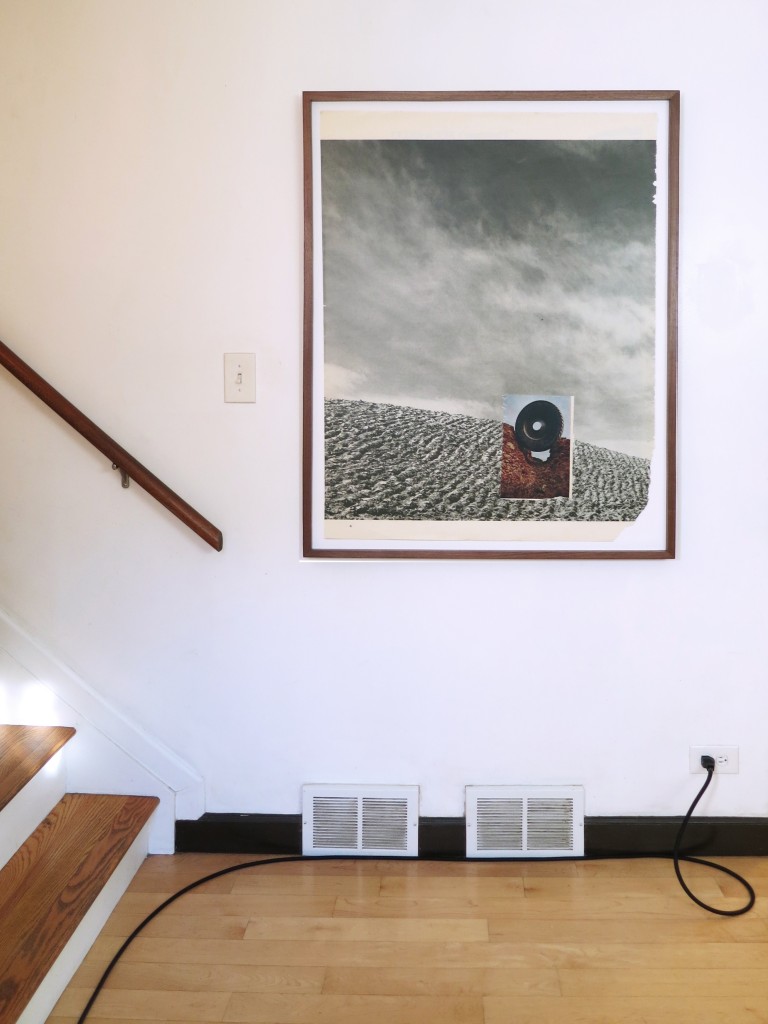 Hannah Hoch once said that “[t]he process of remounting, cutting up, sticking down, activating—that is to say, alienating—took hold in all different forms of art.” The technique of combining and reshaping media spans music, literature, poetry and quite particularly, collage. Karsten Lund’s exhibition, “Distal Zone,” presents image works made from 1970s picture magazines and intervenes with the physical space of The Franklin, tying together various fragments through visualization and installation.

The outdoor gallery space is conceptually connected to the indoor space, which is the home of artists Edra Soto and Dan Sullivan. “Approximate Range (Light #1)” bridges the two spaces with a glowing lightbulb and black cord that traverses from the backyard through the basement window and up the stairs to an outlet. Like an umbilical cord, the two separate areas are united by a singular thread; their connection resonates with the process of collage, a practice which conflates disparate visuals to create a new image. 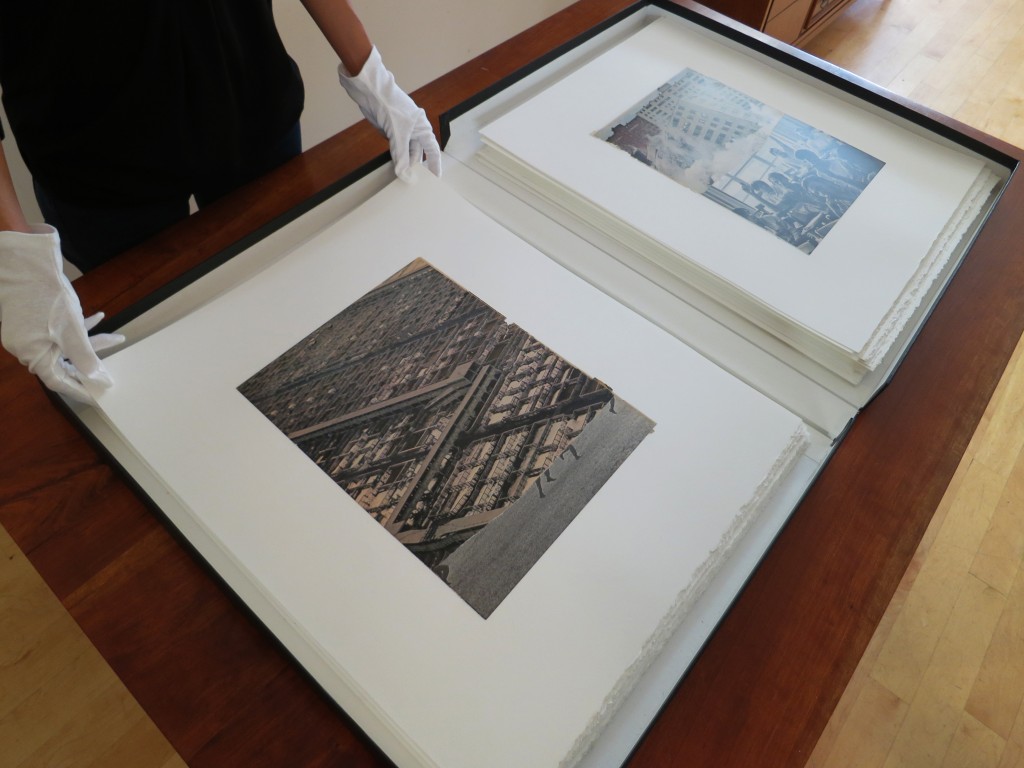 “Distal Zone” anchors disjointed frameworks by way of collage, video, sound and environment. In “Script for an Encounter,” black-and-white forms obstruct a figure who is seated in a golden field. In the center of the artwork, a large, black dot breaks up the composition and creates a profound shift in material and representation. The circular shape in the collage mirrors the likeness of the hanging bulb: round and present, they both challenge the space and pictorial structure.

During the opening, a facilitator presented original, smaller-scale collages in which minimalistic images were cut, stripped, ripped and pasted to create phantasms that presented a new conception. Lund’s collages respond to the transition in the 1960s and seventies from monochrome photography to color. The profound compositions and often contrasting visuals re-create the tension and gradual shift toward photographic media presented in color.

“Distal Zone” does a spectacular job at examining interventions of physical space and within the decades of printed media. Consciously mirroring the structure of a collage, the components of the exhibition are forcibly joined together in order to create a new entity. (S. Nicole Lane)

Through December 5 at The Franklin, 3522 West Franklin