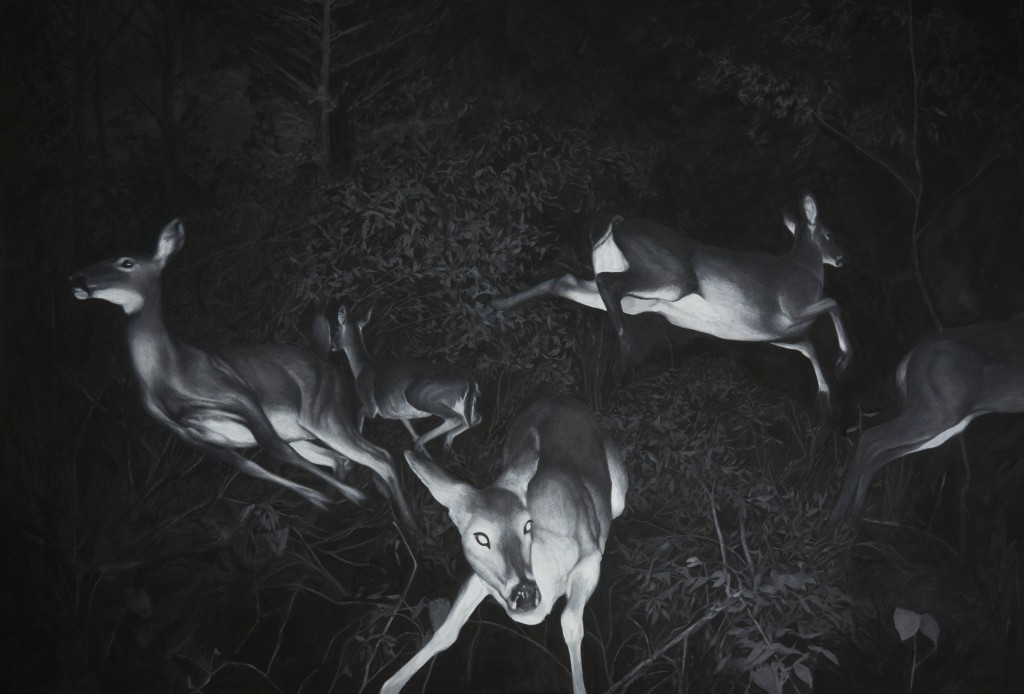 This is the rare exhibition of photorealist drawing that requires explanatory text. Without it, the pieces do not appear to be drawings at all. Usually, an artist’s joy in image-making cannot help but emerge in line, tone and design. But surprisingly, not here, and absent any explanation, the partial portraits of young women are annoying. Why have their mouths been cropped off? So much identity and self-expression have been concealed.

But as an accompanying essay relates, these are indeed drawings, meticulously copied from internet pornography, the do-it-yourself kind where one performer is holding the camera. We are told that every young woman in these images is executing oral sex. Each of them also appears to be making eye contact with her sex partner, and by extension, the viewer too. 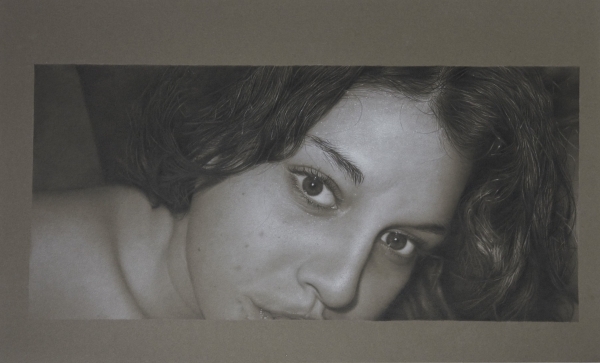 Few of the subjects appear to be enjoying themselves. Some appear intent on doing a good job, but mostly they seem resigned to their task. Their expressions are as joyless as the photo-perfect style that portrays them. If this is all that a frequently requested sex act has to offer to women, no wonder the exhibition also includes a full-size security blanket, along with two life-size photographs that show a girl looking up at the viewer while protectively pulling that same blanket up to her chin. As the exhibition’s title, “Stag Park,” suggests, there is a long tradition of powerful men sexually using women in a context of diminishment, trophy hunting and violence.

The historical reference to the royal French hunting lodge turned “bordello” is as misleading as the rest of the show. Madame de Pompadour, and other women who consorted with French royalty, could achieve wealth and power through their skillful manipulations of male desire, but these subjects are portrayed as victims. It’s sad that some men and boys prefer fantasy sex partners who appear abused. But in twenty-first-century America, excepting criminal behavior, sex and art can be whatever a person wants to make of them, for better or worse. Despite her amazing ability, this artist is mired in the later. (Chris Miller)

Through December 19 at The Mission, 1431 West Chicago