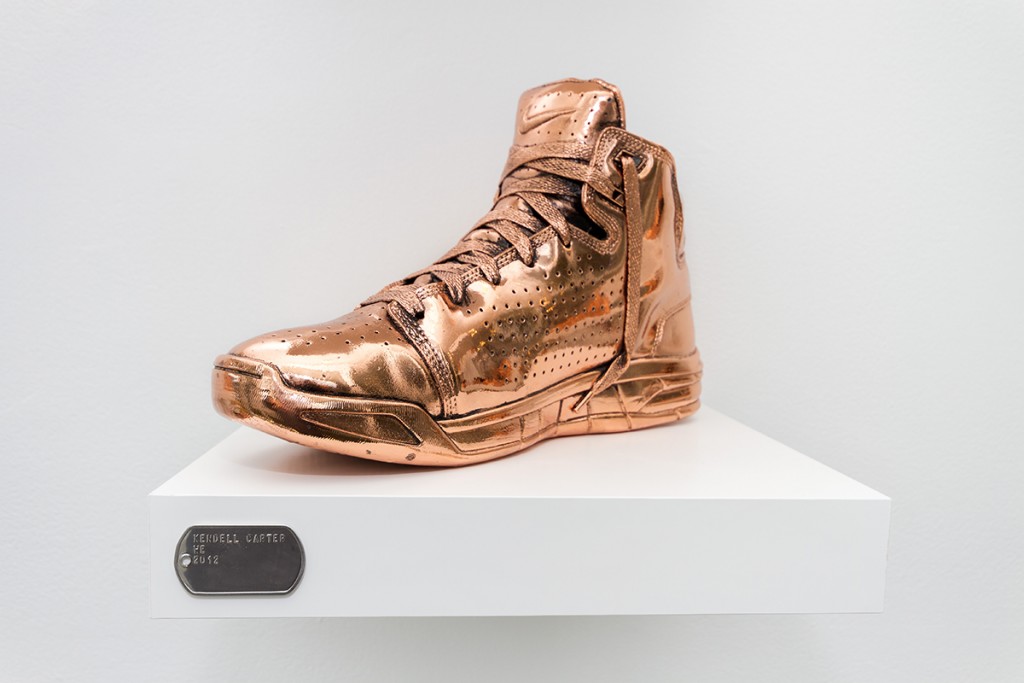 The effective shut down of Chicago’s Magnificent Mile on Black Friday should be remembered as one of the city’s most conceptually beautiful protest actions. It was a recapitulation of the true forces which govern society, a recognition of the almighty greenback. The protestors cut the city’s jugular, drawing across Michigan Avenue like a righteous blade, lucre pooled in the pockets as blood, and for a frightening and glorious moment the commercial heart of Chicago stopped beating, its rhythms ceded to those of the marchers.

It is with those storefronts fresh in mind that one approach’s “WE,” Kendell Carter’s window installation at Monique Meloche Gallery. Fifteen pairs of shoes—their exteriors a gleaming bronze, their guts redacted, black giraffe tongues and the faintest maker’s marks like lingering scars on their insides—line the wall atop white shelves, each with a silver dog-tag bearing the name of the shoe’s owner, an indelibly sexy display, a message couched in and enchanted by the visual merchandizer’s art. Although obliquely uniform in their brilliant armor, they represent a panoply of styles—from muscular sneakers with toe caps like cuirasses to chic heels, reptilian loafers to porous trainers—and come from an array of owners. Many are Carter’s own, joined by those who, as he says, have “walked the walk,” an intersectional group of inspirational people, among them gallerist Meloche, business leader Susie Crippen and the artist’s own father. 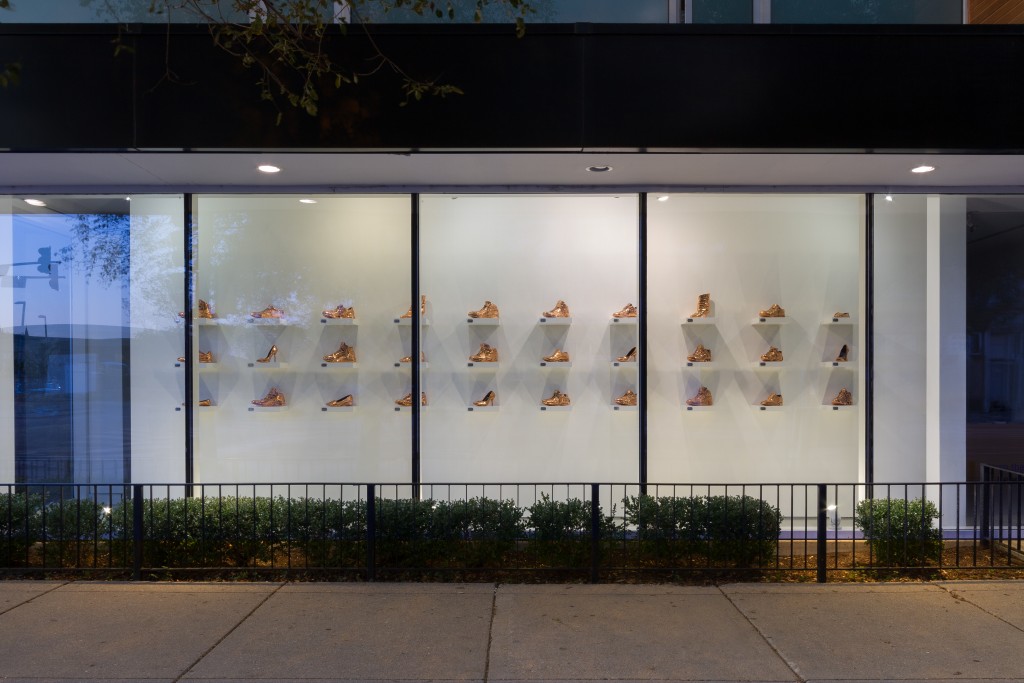 The layout of “WE,” three rows of ten shoes each, thirty bars, the pairs scattered throughout like a rhyme pattern, speaks in the two native languages of the United States: shopping and hip-hop. It is a rumination on race, class and commercialism—all of these various lives and legacies made at once iconic and consumable with catholic appeal to the passersby on Division or the observer reading the sole of Crippen’s pump. The shoes, glowing like halos, turn Meloche’s window into a storefront, one selling the ideal mirror of those windows which reflected our fears and frustrations on Black Friday with beautiful and sad, aspirational consumerism. (B. David Zarley)

[…] Newcity review of WE by B. David Zarley: Kendall Carter/Monique Meloche. […]