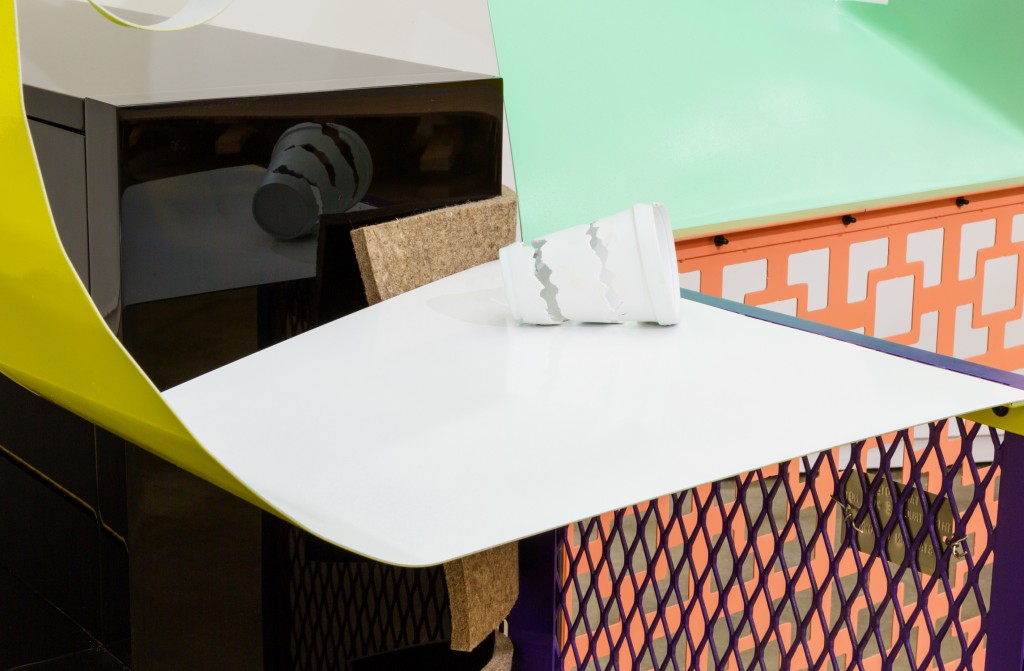 Jessica Stockholder’s solo show on the first floor of Kavi Gupta’s Washington Boulevard location features a new body of work which includes her “Assists,” a set of sculpted pieces that might hold up other art. In that show, Tony Tasset’s “Cup,” a cast bronze imitation of Styrofoam, makes a cameo appearance resting on one of them.

Tasset’s work is a stray object from “ASSISTED,” an insightful show occupying the gallery’s second floor that mingles Stockholder’s work with representative examples from artists who have inspired (“assisted”) her. Curated by Stockholder herself, the show by and large reproduces the omnivorous aesthetic of her own art. Michael Queenland piles cereals into plastic shelves. Nancy Lupo coats wire racks with Magic-Sculp and kitty litter. Haim Steinbach’s “Either/Or,” which nods to weird relationalities between wall and work, subject and object, might serve as the show’s mission statement. 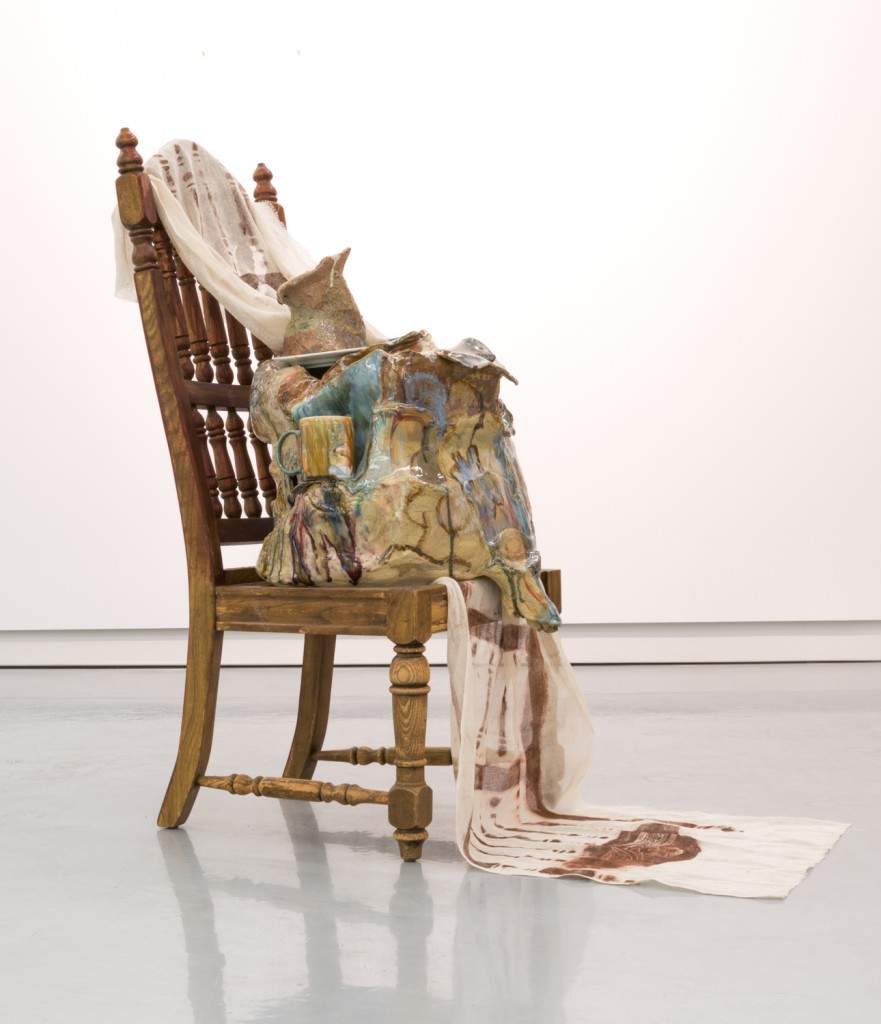 Most significantly, the show attests Stockholder’s reckoning with a particular history of sculpture. As the three virtuoso pieces by Anthony Caro and Lupo’s humorous riposte to Donald Judd’s stacks make clear, this is a tradition of modernist sculpture and its muscular, mostly male apologists like Michael Fried. In this context, it’s hard not to read Kay Rosen’s latex lettering of “Rust Colored Belt” on the gallery wall as a snide politicization of Richard Serra, Caro and their ilk. The Caro pieces—one recent, one from 1975 and one from 1968—each navigate multiple registers of space with aplomb. “Table Piece XLVII” springs polished steel over the plinth’s lip in a manner echoed across the gallery by Jessica Jackson Hutchins’ “Self-Reflection;” Hutchins’ sculpture, the strongest work in the show, explodes Caro’s logic into a mass of glazed ceramic. Modernism ends in an explosion of foam, a flutter of neon. (Luke A. Fidler)