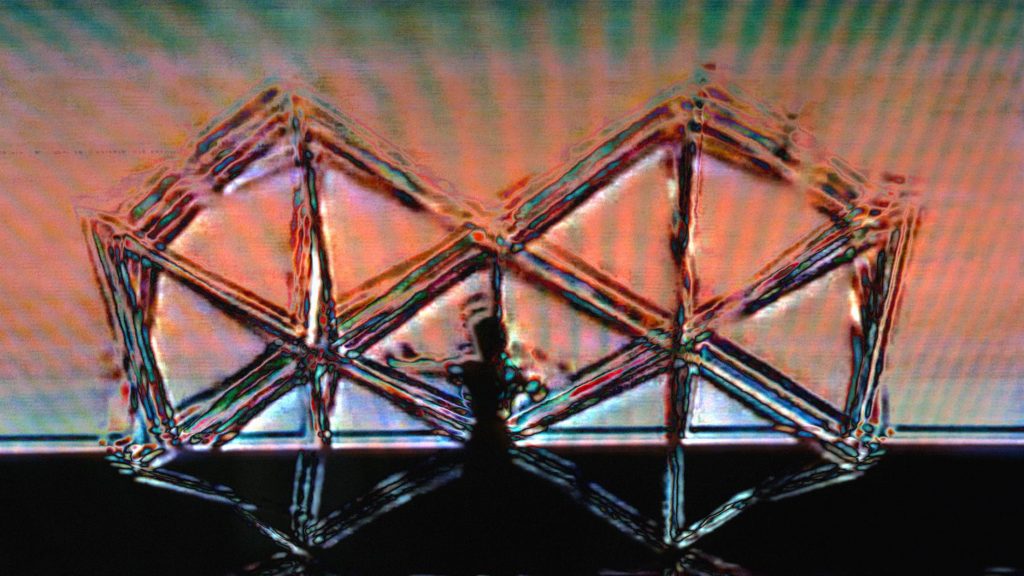 Presented as a large-scale projection in a blacked-out, custom-built room that converts the gallery into a black-box space, Michael Robinson’s most recent film, “Mad Ladders” transforms the Carrie Secrist gallery floor, and with it, the cinematic landscape. The experimental filmmaker, who over the span of a decade has become known for works that reinvent American pop culture with themes of revelation and transformation, presents the ten-minute video within a carefully orchestrated exhibition of three parts, including a series of collages made of found photographs, illustrations and rubber cement; and a two-channel video piece titled “Desert States (You Win Again.)” Appropriating imagery from 1980s Miss USA pageants, the silent video loops discuss issues of gender, misogyny, sexuality and the male gaze, wittily presented on two identical flatscreen monitors tilted toward each other. 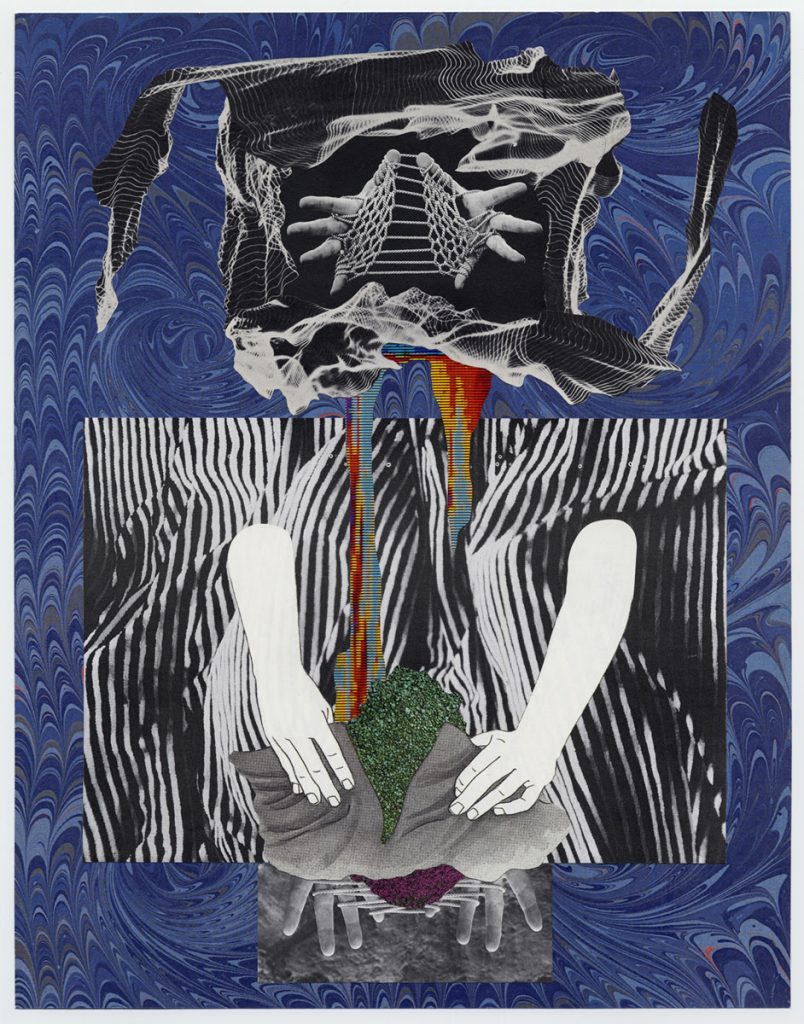 Reassessing the past, the present and the future, Robinson brings film and collage together in his emotional roller coaster of a video, “Mad Ladders.” In a series of avant-garde patterns he once again blends original and found imagery with a haunting narrative voiceover and otherworldly synth sounds. Moving in and out of a dream-like state with a Glam-Pop/Electronica fusion 8-bit leitmotif, the narrative moves from storytelling to dream analysis to a hypnotizing phantasmagoria of rotating, abstract modernist shapes. These new semi-distorted worlds, whimsical and terrifying, feed on video-editing effects and techniques like flickering strobe light and color inversion that give an old-school, analogue feel to his work. Skillfully blending chaos, ecstasy and terror with tranquil feelings of melancholy and nostalgia, “Mad Ladders” digs deep into the subconscious to reveal a hazy atmosphere that is haunting and real. Robinson is not afraid to explore alternatives to traditional narratives, and it is in this space that he creates something altogether new. (Vasia Rigou)