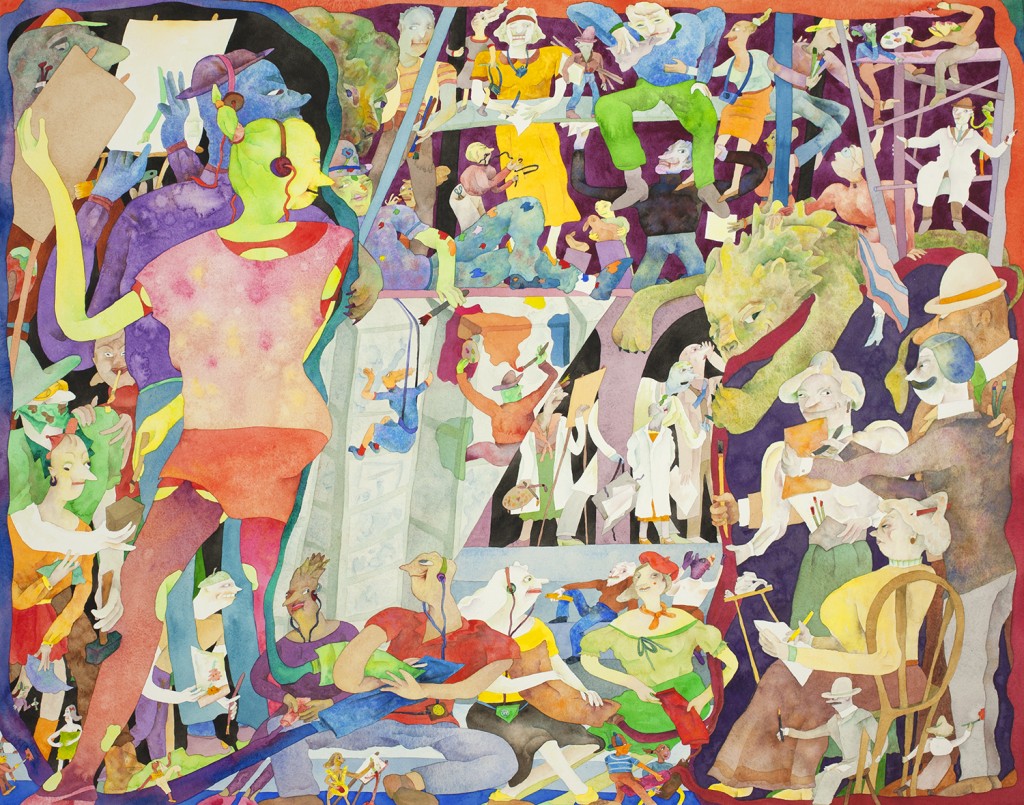 In the beginning there was Ivan Albright. Over-ripening the human figure, collapsing its surrounding space and removing it from social context, he prepared the way for the angry contortions of the “Monster Roster” and eventually for the rebellious pranks of the Imagists. And the School of the Art Institute of Chicago was right in the thick of it, with visionary instructors like Ray Yoshida and Whitney Halstead and artist collaborations like the Hairy Who. That’s the story of postwar Chicago art as told by this exhibition of alumni works on paper mounted in celebration of the school’s 150th anniversary.

But what about the many other directions that SAIC graduates have taken? What about its distinguished role in welcoming African-American students more than fifty years before the civil rights movement? The exhibition answers this with Sanford Biggers’ “Olmec Afropick” and Margaret Taylor-Burroughs’ “Family,” but the powerful prints of Charles Wilbert White are conspicuously absent. Many other variant directions cannot be found either, perhaps because the show is limited to artworks in the museum collection. The contemporary practices of non-cartoonish figuration, old-master draftsmanship and observational still life are also absent, though they can be found in the work of SAIC alumni like Chuck Walker, David Kroll and Marion Kryczka, respectively. Also absent are drawings in the figurative Latino traditions from former SAIC students like Saul Aguirre and Martin Soto. 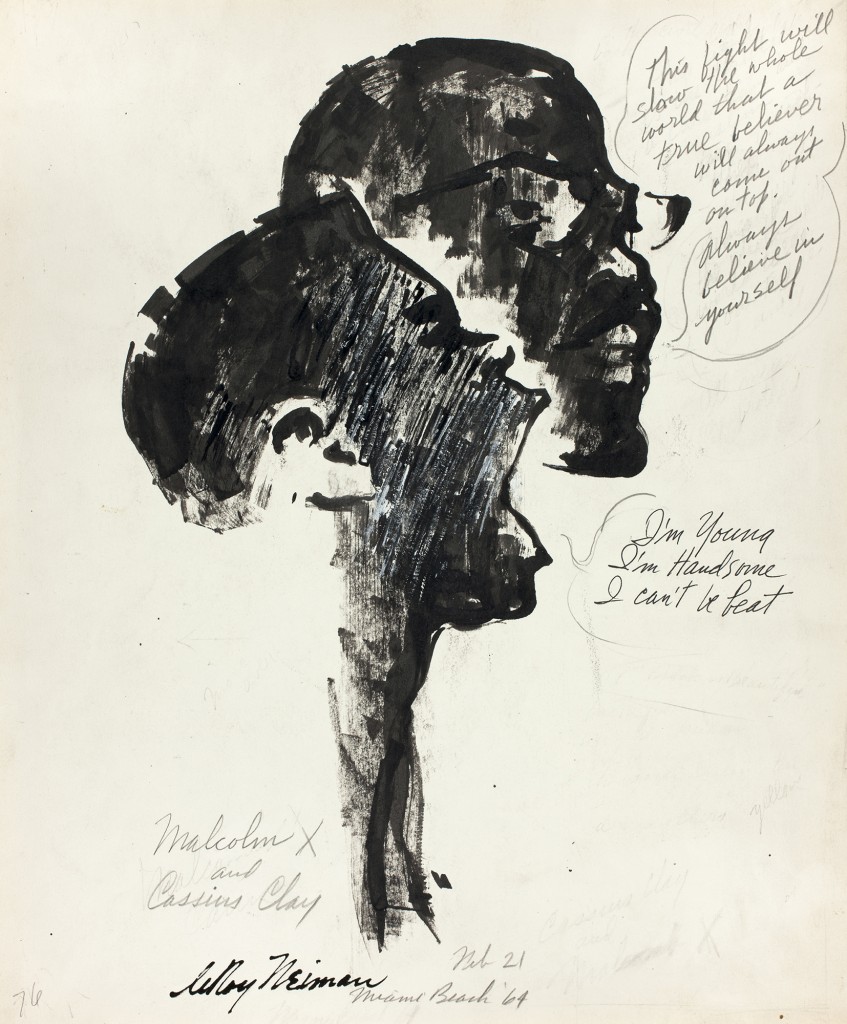 There are, however, many memorable works, especially from mid-century artists. Ivan Albright was over eighty-five when he made those twenty-four self-portraits. How could an octogenarian summon so much energy to yield such diversity of expression? The sketchbooks of LeRoy Neiman and Margo Hoff are remarkable for lively, on-the-fly composition, as is Jack Beal’s charcoal sketch of two young artists working in their cramped apartment. But most delightful is Miyoko Ito’s lithograph of Ox-Bow, the SAIC’s summer retreat. Who would have guessed that such a dedicated abstract painter could create such a passionate and recognizable sense of place? (Chris Miller)