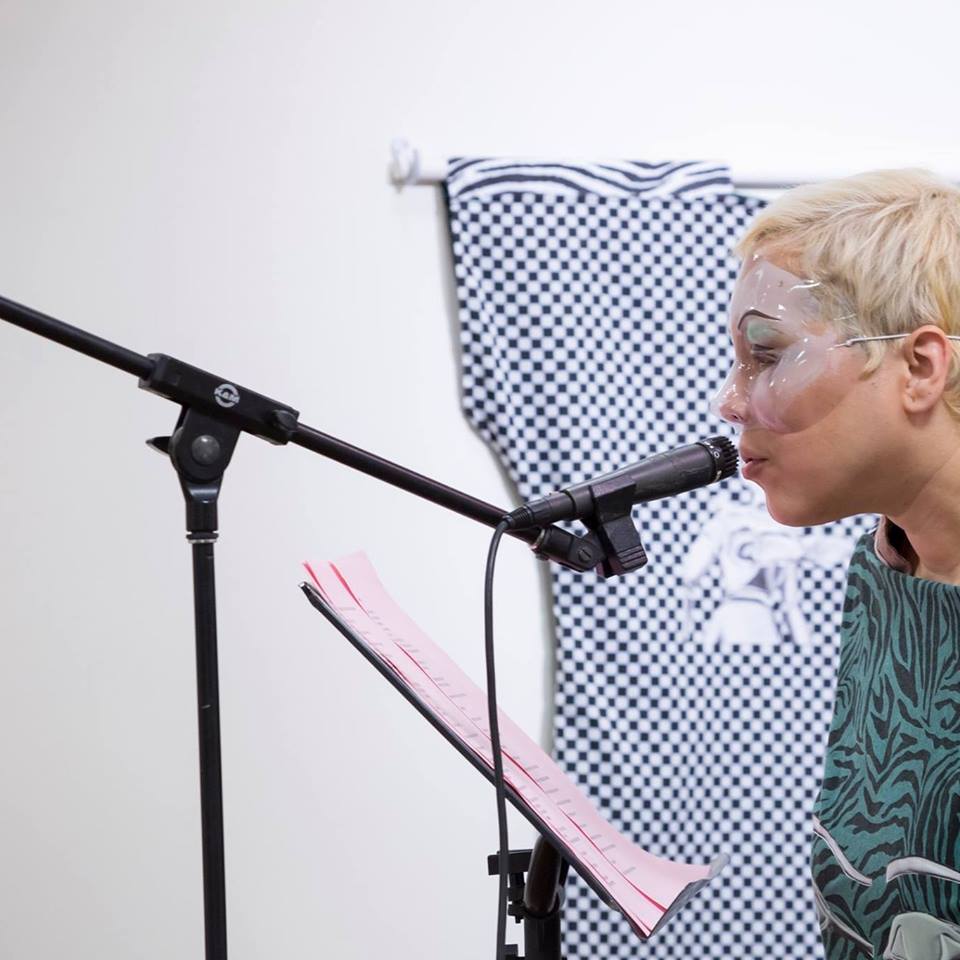 Edra Soto performing at her “I IN THE SKY” opening, December 2, 2015/Photo: Clare Britt

“El que rie ultimo rie mejor” translates to “The one that laughs at the end, laughs the best.” “I think this means you are winning,” explains Edra Soto when we meet in the President’s Gallery of Harold Washington College to view her exhibition “I IN THE SKY.” In a piece titled “Excess of Joy,” ten turntables play the A and B sides of vinyl records that are stamped with a recording of Soto’s laughter. Played simultaneously, the vinyls create an experimental auditory layering wherein her laughter, which was recorded while watching Eddie Murphy stand-up videos, creates a nostalgic response to the American pop culture icons that inflected her life in the 1980s. With its double-sided discs, “Excess of Joy” introduces a theme of duality that is reinterpreted throughout the exhibition with particular examples of her experience of growing up in Puerto Rico.

Soto’s exhibition is the outcome of a performance by Harold Washington students who installed the show on the opening night. “I truly think of art as an educational tool. The students became these characters,” Soto tells me. The performance lasted an hour and included the complete installation of the show, from screws, to poles, to hooks and shelves. As the students activated the exhibition while wearing masks and house dresses made by the artist, Soto documented the performance with her camera. Soto, also in character, wore a mask which represents her Puerto Rican upbringing through the practice of wearing makeup. “The mask has the face of a woman. They also wore the house dresses. There are two images in the breast area of the dress to mark womanhood. It’s a working dress. They became women workers. They came here to work,” explains Soto. Once the exhibition was installed, the performance ceased and the performers removed their house dresses and hung them on the walls of the gallery. Soto explains that “the character is disassembled at the end of the performance. They were not working anymore.” 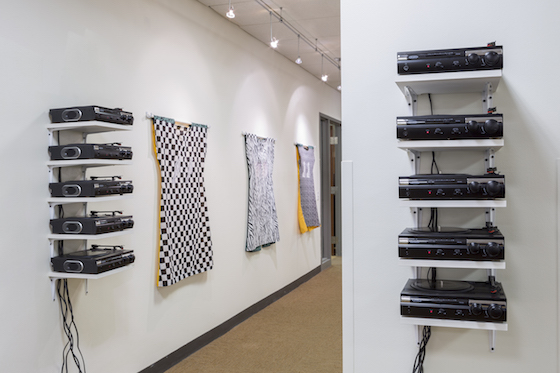 Soto’s recent work reinterprets the personal history of her childhood memories and influences. The performance dresses, based on a traditional Puerto Rican working dress, have been reimagined with the inclusion of these doubled images from American popular culture icons from the 1980s. “I always had a natural tendency to look at the outside world,” says Soto when describing her interest in American icons such as Diane Lane, Meryl Streep and Michael Jackson. On the dresses, the portraits of these stars are made to appear as milagros, a Mexican religious folk charm that is typically attached to altars, shrines or other sacred objects to encourage worship. As a tribute to these icons of worship displayed on fabrics printed with graphic designs of zebra stripes and checkerboards, Soto’s work deploys nostalgia to mediate the past and the present.

As the performance ends, among the hurried bustle filling the gallery can be heard the ridiculousness and sheer joy of Edra Soto, laughing last. (S. Nicole Lane)

Edra Soto’s exhibition “I IN THE SKY” shows through February 12 at Pedestrian Project in the Harold Washington College President’s Gallery, 30 East Lake.