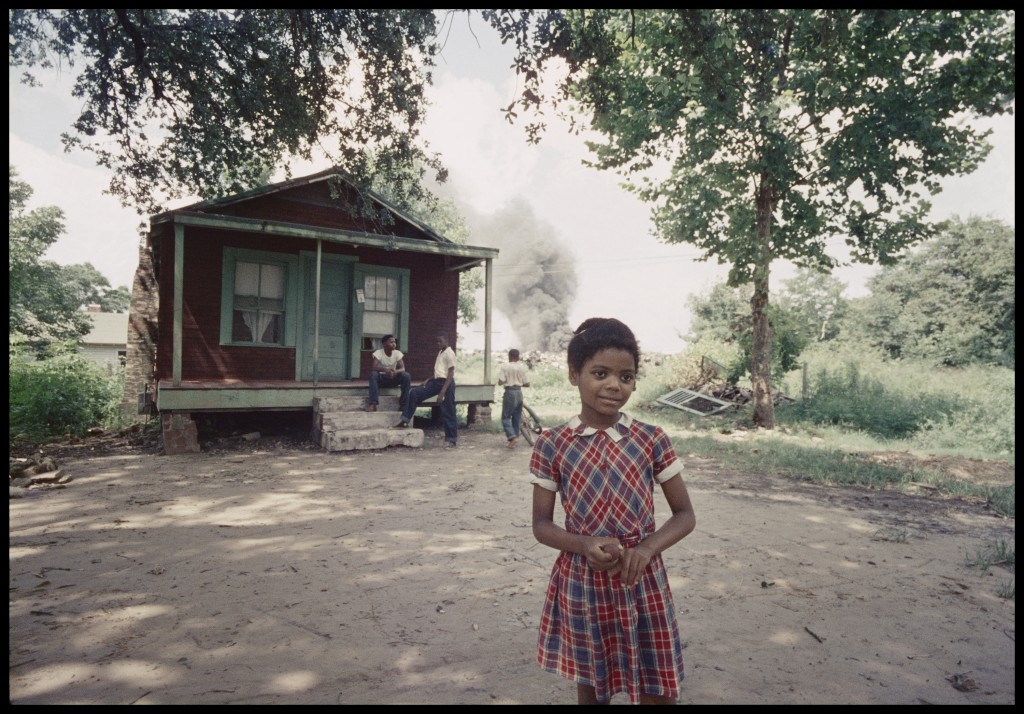 I am conflicted about the classification of a photograph as fine art or photojournalism; more often than not the distinction of fine art is assigned in hindsight after the documented event has been deemed culturally significant. However, the distinction is irrelevant regarding the work of Gordon Parks. A self-taught photographer, Parks was born in segregated Kansas in 1912 and purchased his first camera from a pawnshop. This exhibition is comprised of seventeen photographs from a 1956 assignment for Life magazine; he was Life’s first African-American staff photographer and writer. The series documents the daily lives of Mr. and Mrs. Albert Thornton Sr. and their multi-generational family in the Jim Crow South, where segregation was the law of the land.

There is no doubt of Parks’ exceptional skill as a photographer. His careful artistry is evident despite that his figures seem to exist naturally within their environments. In one extraordinary Renaissance-esque composition, a father aids his daughter to reach the “colored only” water fountain, their figures offset on the right by two women in billowing patterned dresses. There is an overwhelming sense of presence set in motion by Parks’ intentionality as a photographer; he heightened the reality of his subjects. Common visual themes run throughout the series. For instance, images are often internally segmented by barriers—a storefront window, fence, or clothesline—separating figures much like the segregation Parks depicts. 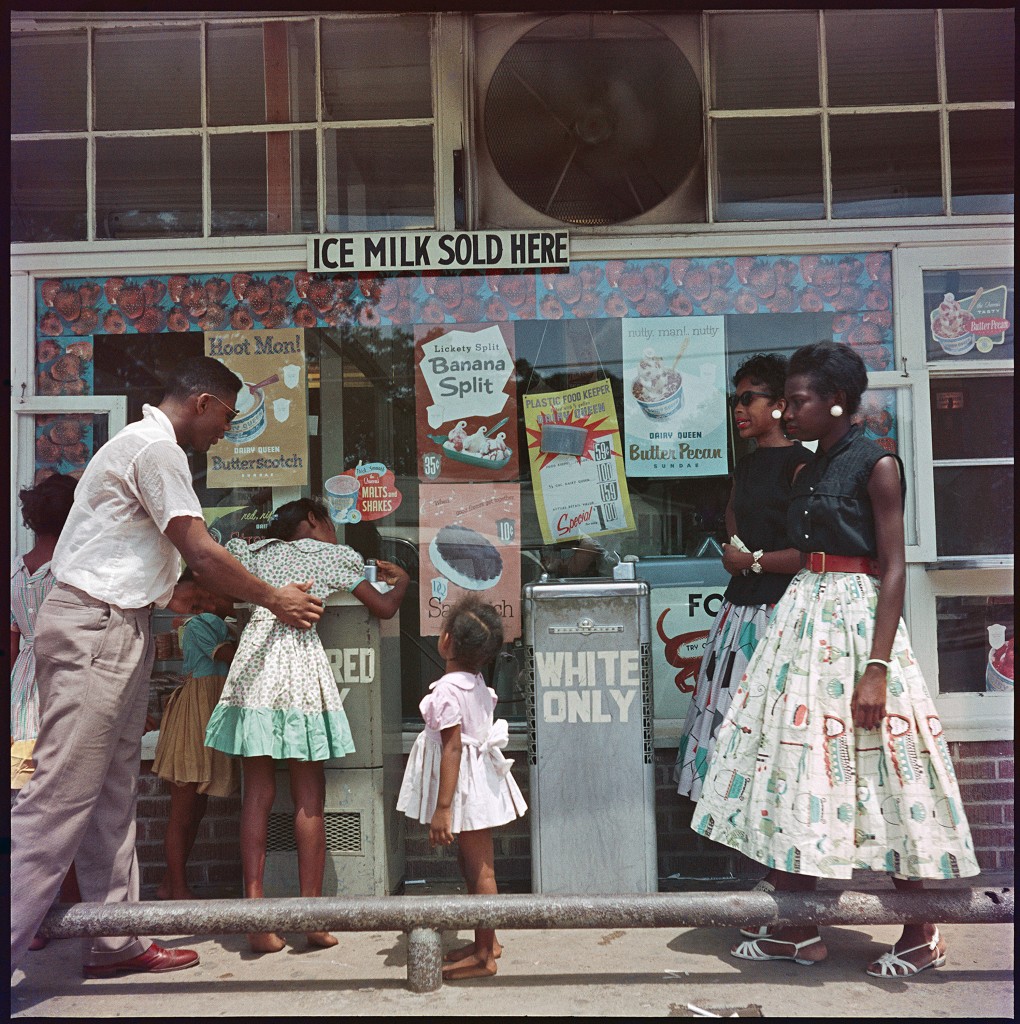 Racial segregation, poverty and inequality are the paramount themes in this work, but it must be stated that they are not the only themes. For Parks, familial bonds seem to be the proud antithesis of Southern racism, a sentiment that can be seen even in his landscapes of classrooms and dilapidated real estate billboards advertising “homes for colored families.” These photos are not about segregation as much as they are about capturing the lives of a family within a system of pervasive injustice. In these works, Parks focuses his lens strictly on the individual and the family. This is where his work becomes a beautiful amalgamation of photojournalism and fine art. (Noah Hanna)