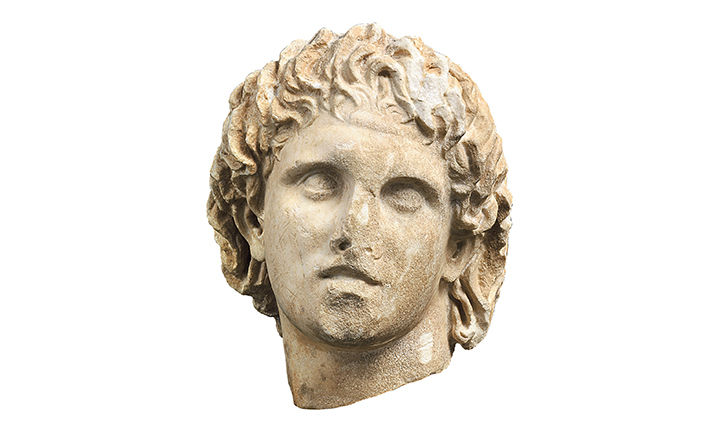 Bust of Alexander the Great/Photo: Archaeological Museum of Pella

“This exhibition is not your typical art-historical display of pretty vases and statues,” states curator William Parkinson. “It gives the visitor an opportunity to see the evolution of Greek culture, politics and economics over the long-term.” While that claim is debatable, even if the exhibit serves as no more than an introduction to Greek civilization, fortunate is the schoolgirl who gets to experience the relics of this critical moment in world history when rationality was placed at the center of human experience. “At his best, man is the noblest of all animals; separated from law and justice he is the worst.” Thinkers of any age can sense the truth of Aristotle’s aphorism, printed boldly on the gallery wall.

Given the exhibition’s didactic importance, it is disappointing that it places so much emphasis on warcraft which, though always necessary, is definitely not why Hellenic civilization remains so vital. Successful warlords like Alexander the Great were not the key to its proliferation. But the exhibit also emphasizes positive values like gender equality, even if it was not so highly prized by the ancient Greeks themselves. Two kouros (male) archaic statues are balanced by two kore (female) figures. The relics of the excavated tombs of powerful women as well as men are on display, and an unusual vase painting was found that displays an athletic woman wrestling a man. 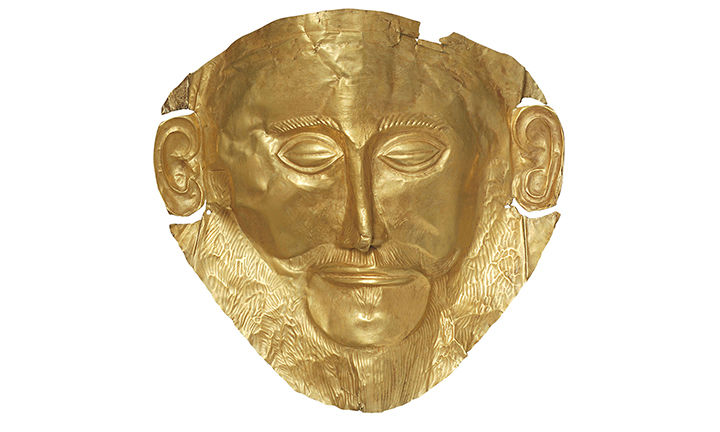 Replica of the “Mask of Agamemnon”/Photo: Archaeological Museum of Mycenae

The vase painting is topnotch, but I question whether middling, though authentic, artifacts are really the best way to demonstrate the unique contribution of Hellenic sculpture, which is the conflation of nature and ideal in presenting human beings as rational creatures. American museums used to tell this story with plaster casts taken from the Parthenon. In this show, a half-size Roman copy of Praxiteles is charming but not life-changing, as an archaic torso of Apollo once was for the poet Rainer Maria Rilke.

However, a lot of pretty vases, statues and even jewelry should not be missed. Look for the stash of seven-legged octopus brooches, the recently discovered gold-foiled Macedonian burial helmets and the Homeric episodes illustrated on painted terracotta. (Chris Miller)

Through April 10 at the Field Museum, 1400 South Lake Shore.