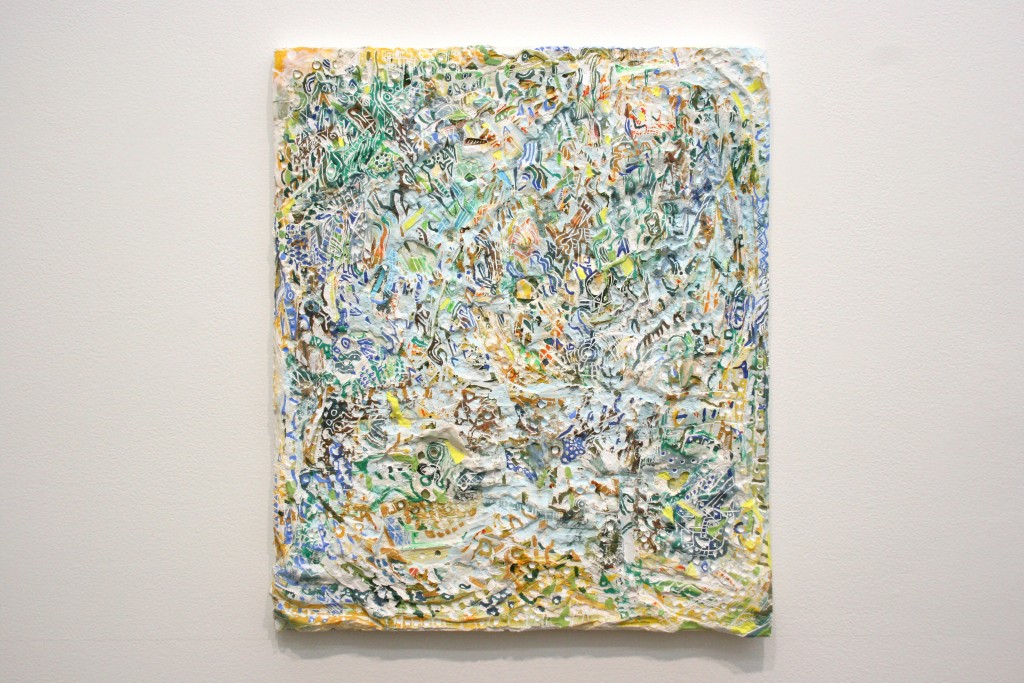 For most artists, the stream of production isn’t steady and the output isn’t homogenous. “To Break is to Build,” a collection of works by multimedia artist Scott Wolniak, is inspired by the minutiae of studio activity: struggles with materials and other less acutely productive moments.

A video titled “Studio Air” greets you in the hallway as you approach the exhibition spaces. It is a hypnotizing ballet of dust particles floating in graceful sweeps—each speck a glowing white orb amidst a sea of others. It perfectly captures the slowed-down feeling of stewing between bursts of activity and maybe resting one’s eyes after staring into a busy drawing for hours.

The first room beams with snazzy paintings by John Phillip Abbott. With nods to studio noodling, they seduce with flashy neon hues and sexy pools and swirls of paint. They start on unstretched canvas first used for sopping up spills and clearing out spray guns. Once “found,” they are stretched and completed with strategically placed, blocky words, implying context but mostly functioning to stabilize the space. 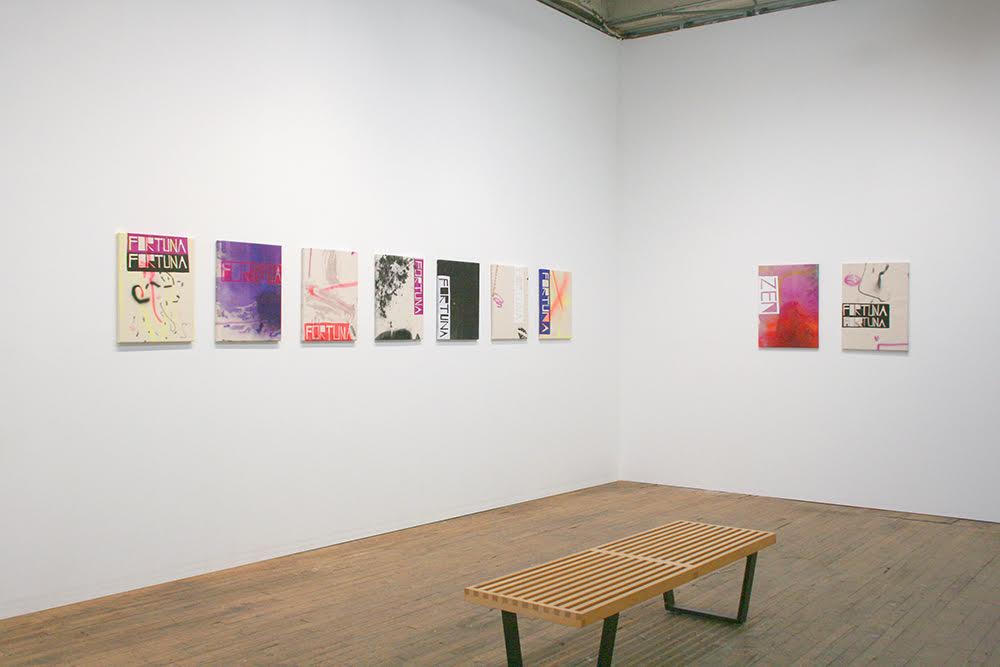 Also on view are Wolniak’s “tablets”—flat surfaces covered in plaster and painted with water-based pigments in palettes reminiscent of Hawaiian shirts, then carved into with elaborate linear patterns made up of circles, dots, scratches and swooshes. They are peppy but anxious, undulating with the manic energy of thousands of repetitive marks covering every square centimeter of their surfaces. The intense process of creating the tablets is complemented in contrast by the cool airiness of the initial video and the fuck-it-all attitude of another video in the back of the main space that shows two men trying to cram a giant canvas into a too-small doorway, destroying it in the process.

Near the ground, a tablet slumps over backward, supported by a thin bamboo stick which appears to poke into the soft-looking plaster pedestal it sits on. Its cartoonish gesture, coupled with the almost slapstick video, serves as a comedic punctuation, leaving us feeling a little slaphappy, like an artist after a good day in the studio. (Kelly Reaves)

Through February 13 at Devening Projects and Editions, 3039 West Carroll