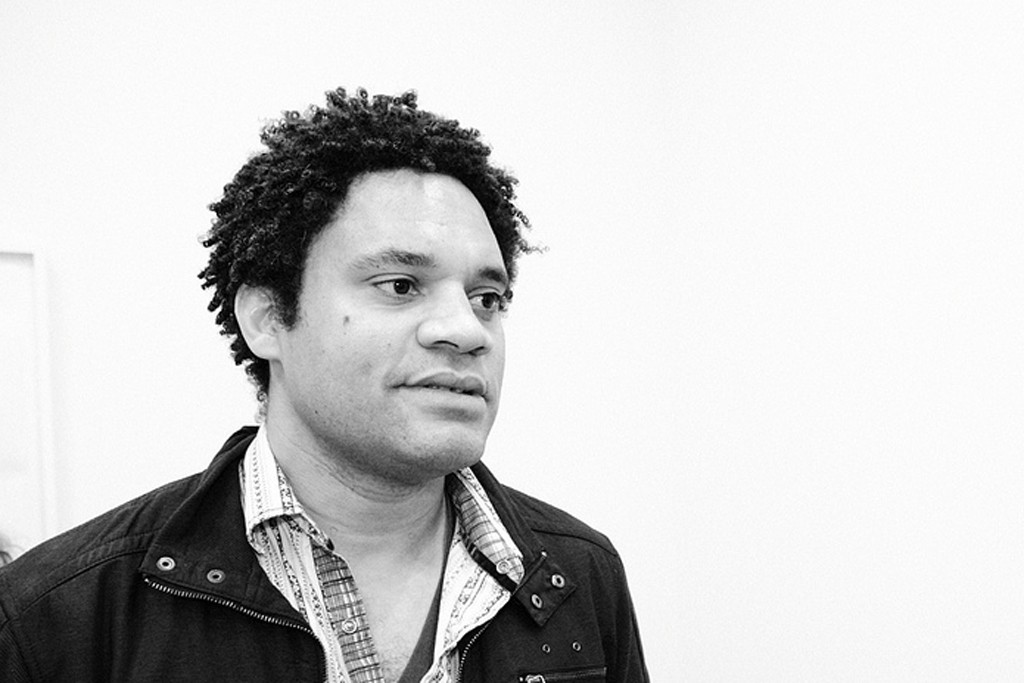 In his fourth-floor studio at Mana Contemporary, Robert Burnier sits easily with one leg crossed over the other. A small, neon-orange traffic cone protrudes from the wall behind him, politely framed by carefully arranged clippings of paint swatches. Much of Burnier’s recent work has left his studio for “The Ship’s Carpenter,” his current exhibition at Elastic Arts. Small photographs of the works litter the walls, neatly arranged as they might be curated.

Employing his background in computer science, Burnier’s practice is extremely process-oriented. He designs his pieces first on the computer before making them a physical reality. “There’s a balancing act between the virtual and the real,” he tells me. “I feel like I need both. It lets me think about where we are and how it feels to be a person in a technological age, trying to navigate through the real world.” After carefully and repetitively folding sheet metal to match the specifications of its idealized virtual twin, Burnier paints each piece an unobtrusive matte gray. Marks of previous folds are visible, and viewers are left wondering if the finished prototype is at the beginning, middle or end of its evolution. 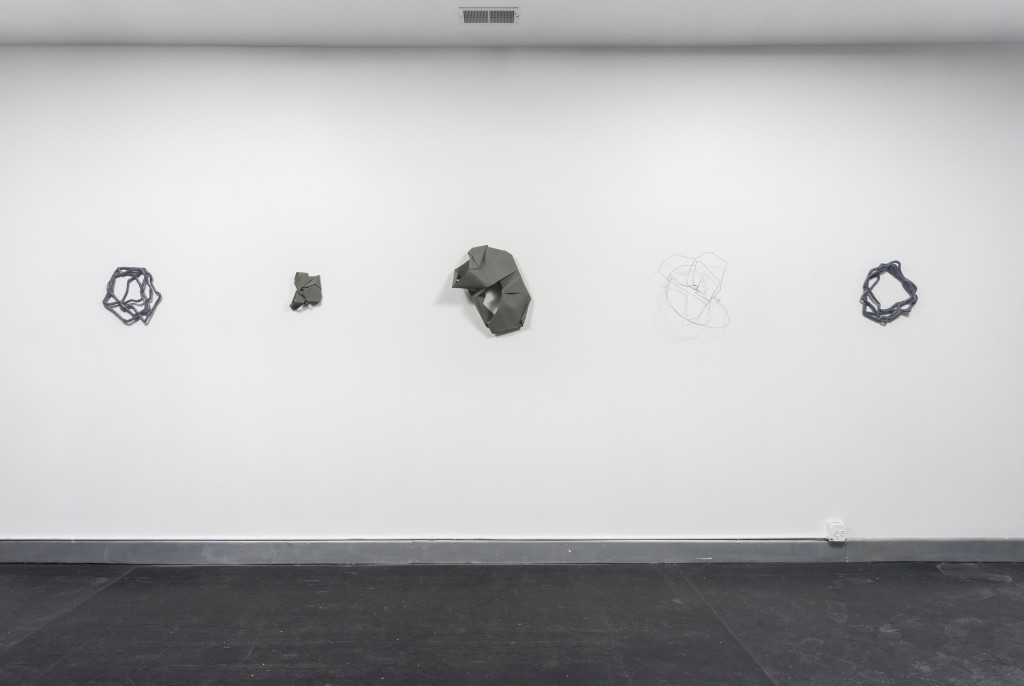 “Each of us is a totality, you know?” Robert’s thought brings my focus abruptly back to our conversation. “You’re Maria,” he continues. “There’s all these things that are a part of your story and make you who you are. Some of them you know well, and some of them you don’t, and all of us have a little mystery with ourselves… yet we’re here nonetheless, willing ourselves into existence.” Looking toward a modestly sized sculpture mounted above us, I see the wrinkles from previous folds as story lines, just as mysterious as scars on a stranger.

“One of the powerful things about art is that it’s not science, it’s not an applied engineering, it’s free-floating, and it lets you use metaphor, meaning and possibility in ways that aren’t attached to a particular outcome,” he says with a smile as he rises from his seat to pick up a twisted wire piece from its drying rack across the room. “It’s so exciting to have each piece be its own thing, and all the while stick to the idea of process.” Burnier’s wire drawings are predicated on the profiles of his wall sculptures. At first glance the twisted, sloping lines appear organic and fluid, but with further investigation their curves reveal themselves as studied tracings of the folded aluminum sculptures. 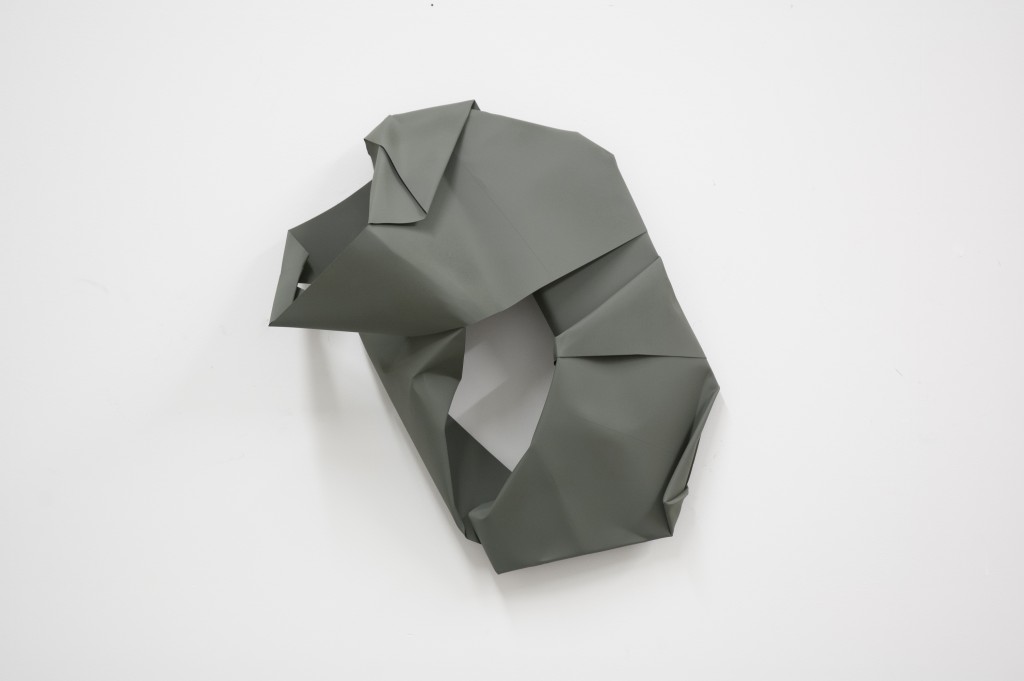 Across the room, two sculptures hang neatly on the wall. “Those are the first,” Robert offers an explanation for their bright blue and neon orange hues. “They criss cross the serene folds with something loud.” Picking up a nearby rubber glove, Burnier shows me how its hospital-blue tone has been transferred to the sculpture. An instrumental behind-the-scenes tool in Burnier’s creative process, the glove now reveals itself in his new palette—functionality turns into aesthetic, and another chapter of the work’s storyline unfolds. (Maria Girgenti)