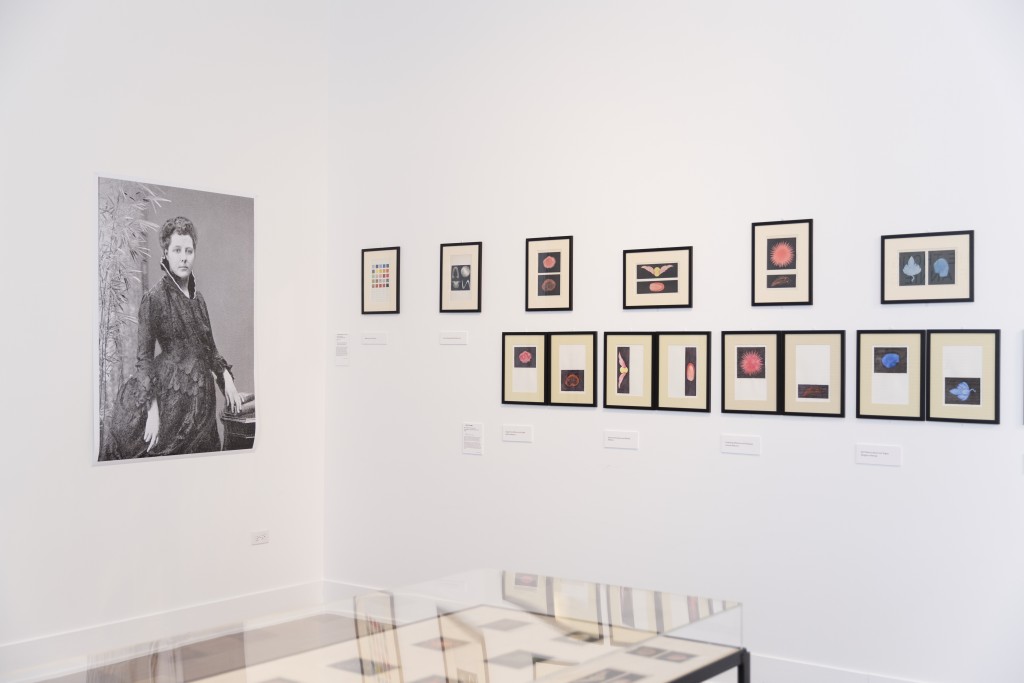 This isn’t another review of Theaster Gates’ Stony Island Arts Bank, part of his broader Rebuild Foundation. But what a lot more there is to say about his ambitious, inspiring and paradoxical project, part community center and part colonial outpost of the multinational avant-garde. This is only a review of the latest exhibition at the Arts Bank, “Intention to Know: The Thought Forms of Annie Besant.”

The show consists of: 1) seventeen reproductions of rediscovered watercolors by Besant and her Theosophist friends; 2) thirty plates disbound from Besant’s 1905 book “Thought Forms”; 3) thirty-five original watercolor copies of plates from “Thought Forms” by the contemporary Danish artist, Lea Porsager; 4) an accordion book by Erin Hayden with concrete poetry, watercolor and collage; and 5) a mechanomorphic sculpture by Cauleen Smith called “Mysterious Object at Noon.” This paragraph is complicated but the exhibition is simple: mostly small art works with evocative captions like “Vague Intellectual Pleasure” and “High Ambition.”

Besant (1847-1933) was a socialist, mystic, feminist, anti-vivisectionist and politician who was also, curator Carolyn Christov-Bakargiev argues, the inventor of abstract art years before Kandinsky, Mondrian and Malevich. The illustrations in “Thought Forms” however, are not really non-objective. They represent the material form assumed by thoughts, “clothed in the living light of other worlds.” Beyond their depiction of ideas, many contain recognizable shapes, including clouds, sunbursts, wings, blossoms and lightning bolts. Plate W, “Music of Wagner,” a multicolored mountain rising over a Gothic chapel, bears a strong resemblance to Bruno Taut’s watercolor illustrations for “Alpine Architecture.” 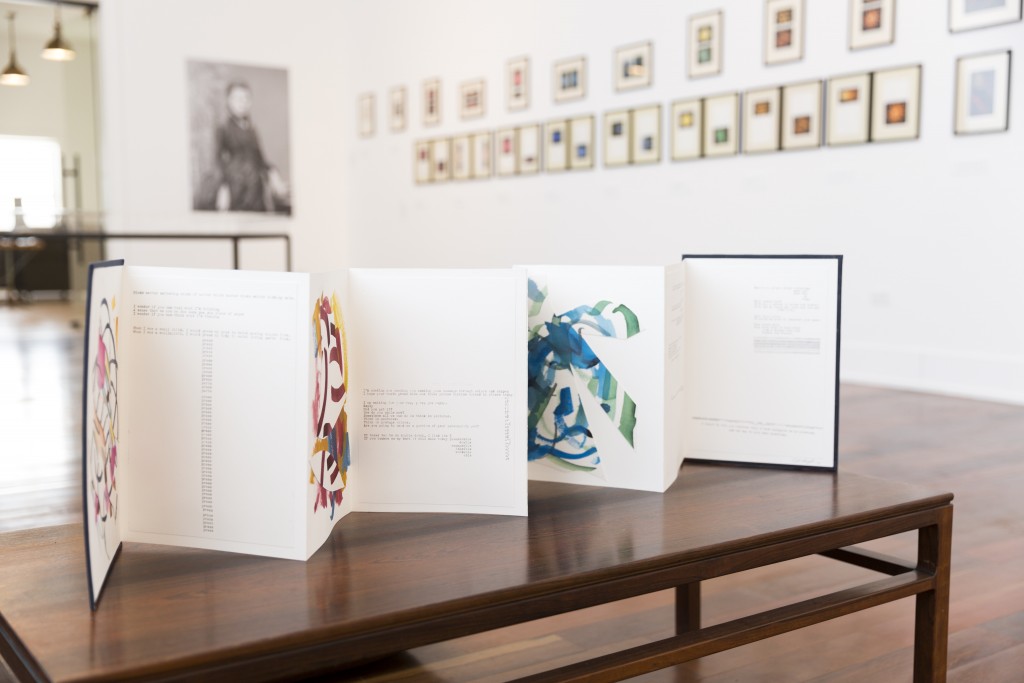 What a long, strange trip Annie took! From a materialist pledged like Marx to stand Hegel on his feet to a mystic who returned Hegel to his headstand, and finally back to a politician, helping to build the pro-independence Indian Congress Party. As she tangled with Gandhi and Nehru, “Sustained Anger” (a red dagger in a black field) and “Watchful Jealousy” (a green worm) must have invaded her mind. But did her thoughts ever become a material force that gripped the masses? (Stephen F. Eisenman)