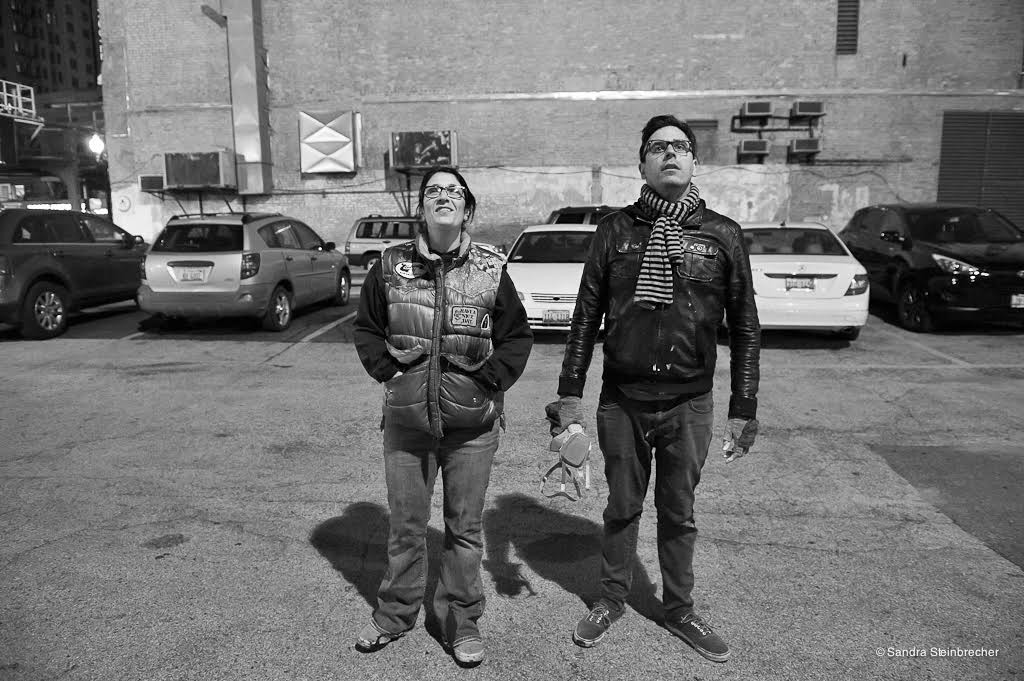 Street art contains, at its core, something of the re-appropriation of space; public places for public missives, private spaces for public works. It is this living, often violent relationship with the environment in which it is born that separates street art from its more gallery-, museum- and pedestal-inclined cousins. Space is critical in this solo exhibition of Iowa-born, Los Angeles-based street artist Morley. All four of the gallery’s mauve walls are crowded with Morley works: predominantly prints; a few large banners; some massive, grommet-hung, uninhibited canvases and a smattering of photographs of the work in its natural habitat—antiseptic, faux vivariums, unlike his work in the street at the Wabash Arts Corridor—all dominated by text and a black-and-white image of Morley himself.

The various slogans, affirmations, bromides and catechisms espoused in the works—“Our Wealth Is The Sum Of Our Memories,” “Let’s Live This Fiction Forever”—seem sprung from a tongue residing between snakebite piercings and Damocles bangs, the Atlantic and the Pacific, a Cinnabon and a Justice at the mall. So naturally, the works resonate with observers, red “sold” dots speckle the show like a pox and almost nothing on display is the first edition of the print. These are fat, vibrant power chords being struck, populist in the best and worst senses. 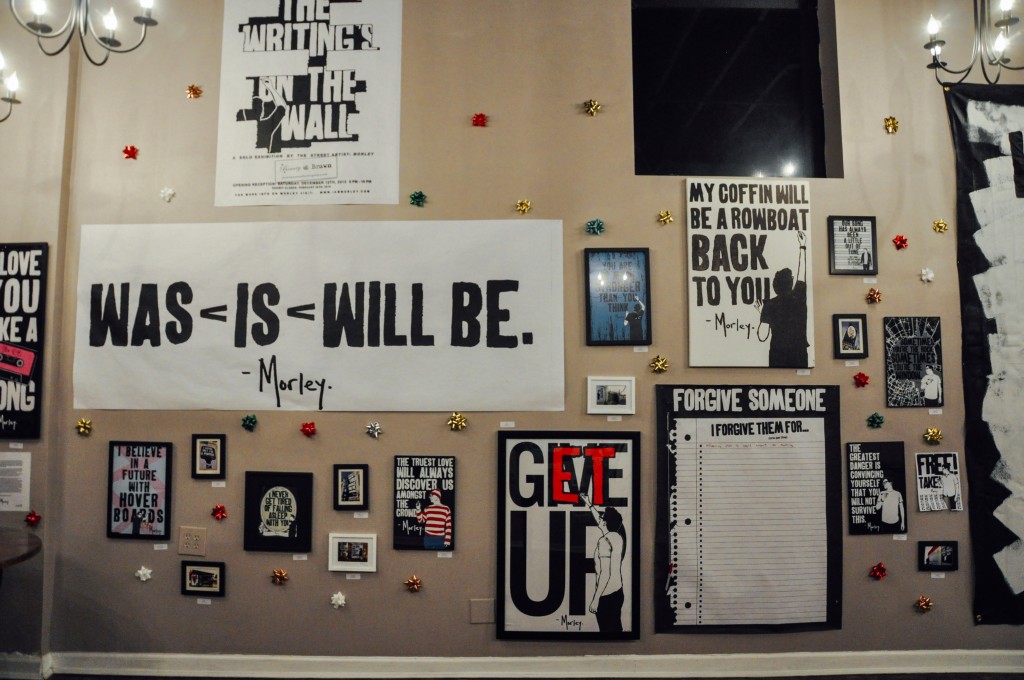 The image of Morley is the only visual element nearly as predominant as the text, and it would be easy to read his glasses, his arm, the back of his head and the wheatpaste-roller-cum-halberd in his hands as egotistical, Narcissus’ reflection in the pool. Morley’s image, however, is submissive to his message, and serves instead a more important purpose than stroking his ego. It adds the necessary human element, the counterpoint to the valentine or motivational poster cloyingness of his urgings. Platitudes scrawled by a human handshow proof of the hand of the creator. His words will deeply affect some, deeply annoy others, but despite their prosaicness there is a legitimate, urgent and earnest yearning in them, and between the large blocks of texts and Morley himself, precious little room for anything else. (B. David Zarley)