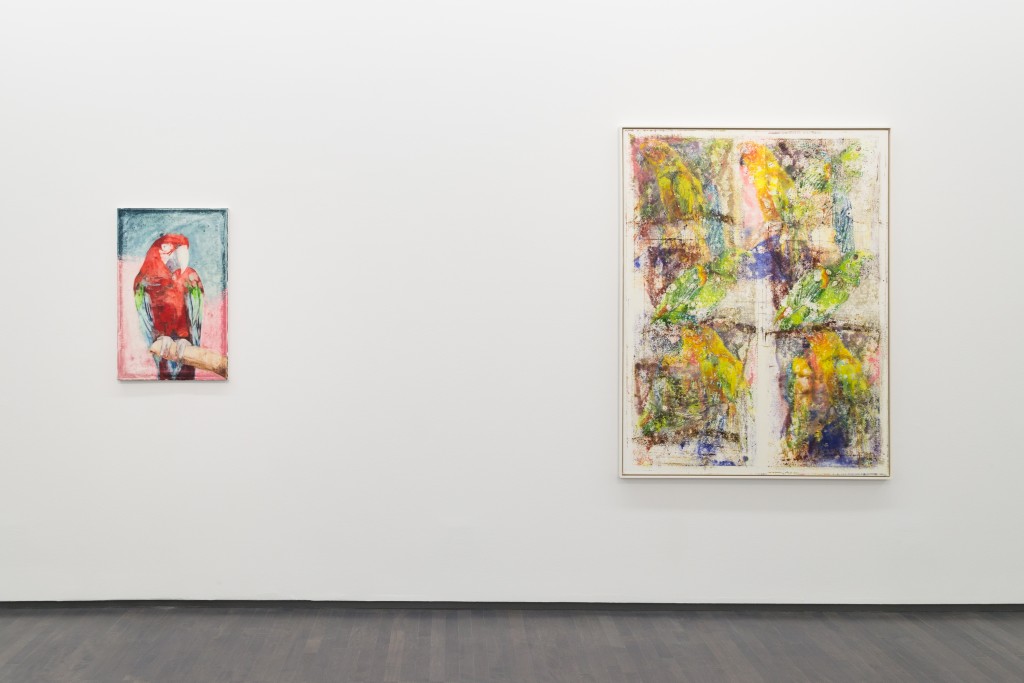 James Krone. Installation view of “An Ornithology for Birds,” 2016.

It is easy to see why James Krone, a conceptualist with a mobile style, chose the sentence, shortened to “An Ornithology for Birds,” as the title for his latest exhibition. For one thing, most of the works depict birds, parrots to be precise. For another, the works are mediated by theory. His approach is the following: 1) draw a parrot on a canvas; 2) cover it thickly with oil paint; 3) use the painting as a matrix, impressing it in a grid pattern upon a larger canvas until the paint is exhausted; 4) consider the original, shot painting, and the bigger painting finished works of art.

The results are intriguing, with echoes of William Blake and Max Ernst who also employed monoprint techniques, Robert Rauschenberg who employed transfer printing in his combines, and Jasper Johns and Andy Warhol who repeated signs and images until their meanings were depleted. Krone’s effigies are many times removed from any actual bird; he has thus created “an ornithology” he supposes meaningless for birds. 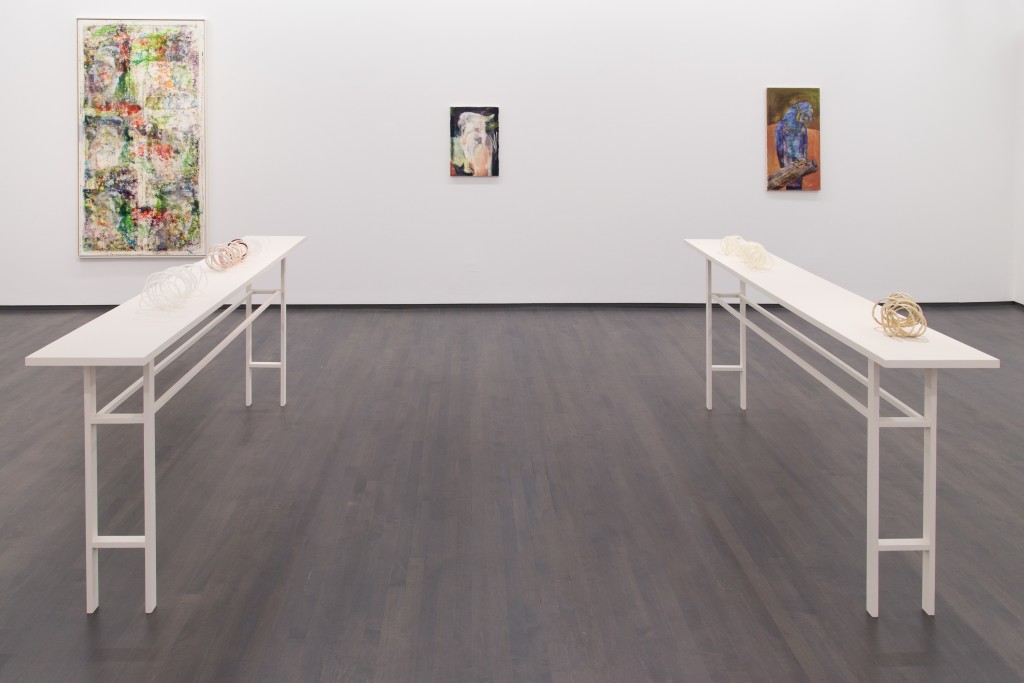 James Krone. Installation view of “An Ornithology for Birds,” 2016.

But Krone sells the birds short. Parrots (family: psittacine) are among the most intelligent creatures on earth. They can count to eight; add single numbers; understand zero; employ language and syntax; recognize and describe shapes, materials and colors; distinguish musical beats and express preferences for food, location and activities. In conversation, the famed African Grey parrot Alex distinguished “I” from “you” and evinced annoyance if an intelligence test was too simple or repeated too often. He even posed existential questions. When looking at himself in a mirror, he asked “what color”? He thus learned he was a Grey Parrot. Alex in short, possessed an ornithology. Krone mistakenly takes Newman’s line for fact instead of irony! (Stephen F. Eisenman)