Among the banquet of actions presented in the Block Museum’s “A Feast of Astonishments: Charlotte Moorman and the Avant-Garde, 1960s-1980s”—violin-smashing, dress-cutting, sandwich-eating—it might be thumbing through a Rolodex that gets to the crux of this exhibition. In “A Feast”’s accompanying show, “Don’t Throw Anything Out”—a selection from the Moorman archive, purchased by Northwestern University in 2001—is Moorman’s Rolodex, an index of some of the most important names in twentieth-century art in the form of an analogue contact list on a rotating spindle. While the viewer is not able to touch this object, its potential for carrying a breadth of names rises above suggested conjecture when taking a glance at the participants of the Moorman-organized Avant-Garde Festivals from 1963 to 1980: Carolee Schneemann, John Cage, Ornette Coleman, Nam June Paik, most of Fluxus, Shirley Clarke, etc. “A Feast” looks at the sixties-through-eighties avant-garde through the eyes and actions of Moorman, via her performances of seminal works by others (Cage’s “26′ 1.1499″ for a String Player” and Yoko Ono’s “Cut Piece,” among others), collaborations with others (namely, Paik) and her curatorial savviness in organizing the festivals. Thus, considering this exhibition, a smorgasbord of work by hundreds of artists anchored by one, shores up those vexing historical questions of authorship and membership in movements marked by collaboration and competition.

For example, consider the exhibited documentation of Moorman performing Jim McWilliams’ “Sky Kiss.” The show hones in on her performance of this piece in Sydney, and through photographs and video we see the artist, floating in a harness strapped with helium balloons, playing her ever-present cello to the heavens. According to Joan Rothfuss, author of the Moorman biography “Topless Cellist,” “McWilliams often skipped her performances of his work. ‘I couldn’t deal with the gap between my image of what I thought it should be, and how she would end up interpreting it.” Similar sentiments were shared by Cage regarding Moorman’s performances of his early time-based composition “26′ 1.1499″ for a String Player.” A single line from the score, “sounds other than those produced on the strings,” was interpreted liberally by Moorman via an ever-growing collection of props, making it a far more theatrical endeavor than Cage had intended it. These works, made more spectacular or theatrical, became arguably more Moorman’s than their initial authors, a notion exacerbated when viewing Moorman’s own heavily annotated and reworked copy of Cage’s score. 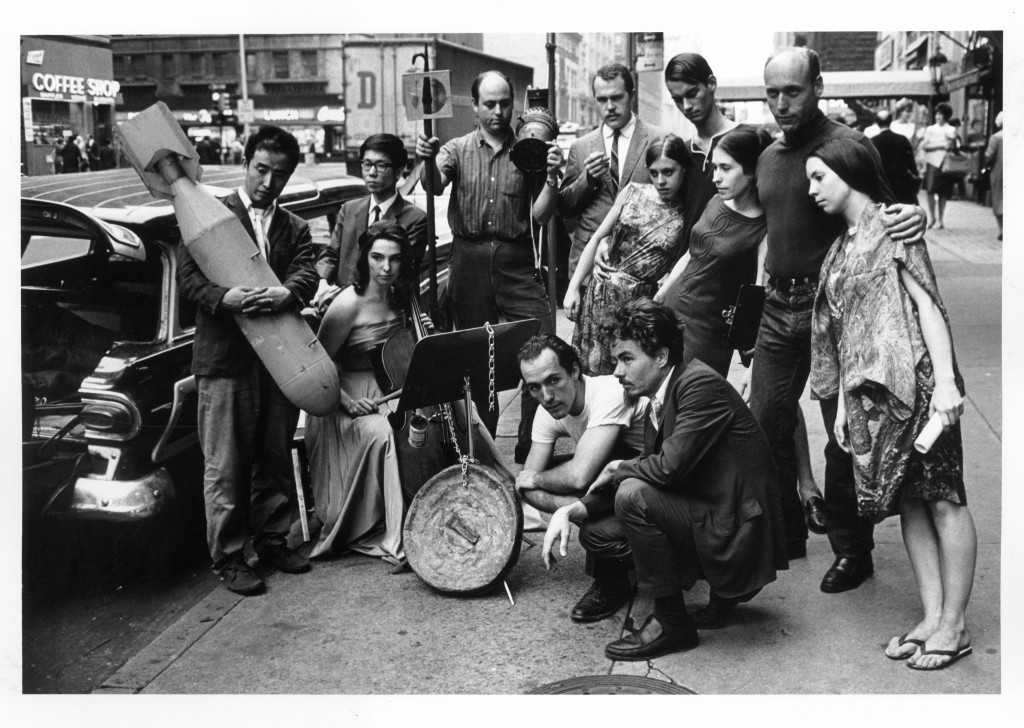 The question of why these artists would abide such reworkings is answered fairly simply: they needed Moorman as much as she needed them. To chalk this up to mutual exploitation, a charge levied by George Maciunas, another prominent artist-as-producer in Moorman’s milieu, is to misread the complexity of the network of avant-garde production. Dubbed the “Joan of Arc of new music” by composer Edgar Varèse, Moorman attempted to bring the “new” to any venue possible: all over Europe; riverboats and Italian gondolas; NYC hubs of lore like Judson Theatre and Ono’s Chambers Street Loft; NYC landmarks like the Armory and Central Park. Moorman being a public champion, while populism often seems counter to avant-garde aims, afforded—sometimes literally—these artists the opportunity to work, be it in broader arenas, together, or at all.

Perhaps most revelatory in this ambition are her television talk show appearances—Mike Douglas and Merv Griffin are screened in the gallery. Her televised performances induced fits of audience laughter—at her, not with—and the requisite expressions of bafflement by the talk-show host to the camera. Of these appearances Moorman said, “[The viewers] don’t know who I am, or what I’m doing…you put up with that misunderstanding and that block between you and try to perform extremely well for the millions of people who recognize what you are doing, see the sincerity, and get something from it.” This statement is both cheerleading and naivety, a glimpse at Moorman’s sincere belief in the potential of this work as a renaissance, yet a denial of her true role as a spectacle on these television shows. If the general public doesn’t appreciate the work for its concept, perhaps they will appreciate it for its comic anarchy. “A Feast” rarely treads this narrative, with only a few exceptions where the chaos is framed to overshadow the work—the smashed violins reposing inert under vitrine glass from Moorman’s many performances of Paik’s “One For Violin,” for example. 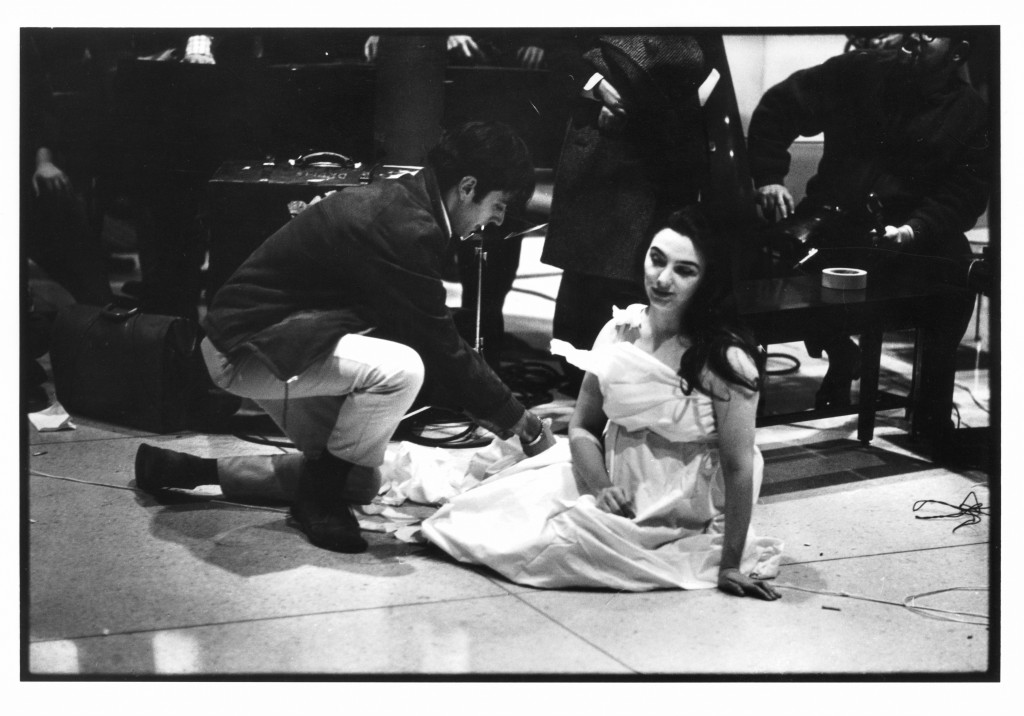 Through “A Feast,” its accompanying catalogue, and “Topless Cellist,” Moorman is finally receiving the attention and celebration that her life and work sorely deserve, after years of her being treated merely as Paik’s sidekick in art history. This delay, art history’s uneven treatment of women notwithstanding, perhaps also falls on the formidable challenge of just how to frame such a varied artist. “A Feast of Astonishments,” like other exhibitions on the 1960s, opts to tell the story of 1960s avant-garde art largely through one figure. This is not to say that experiencing these works through the lens of Moorman is a hindrance, as, in a way, it was at her behest that many of the works presented in the exhibition were initially realized. What transports the viewer out of the sixties and back to our contemporary condition is the recognition that this exhibition is largely about the artist as organizer, something ever present in the scattered practices of today’s multi-hyphenate artists, whose professional obligations extend well beyond the studio. While we may view “A Feast” as exhibiting the origin points for the oversaturated artist network, we can also see a testament to the bright spots of such endeavors: championing art and friendship for the pursuit of something radical.

“A Feast of Astonishments: Charlotte Moorman and the Avant-Garde, 1960s-1980s” is on view through July 17 at the Mary and Leigh Block Museum of Art, 40 Arts Circle Drive, Evanston.