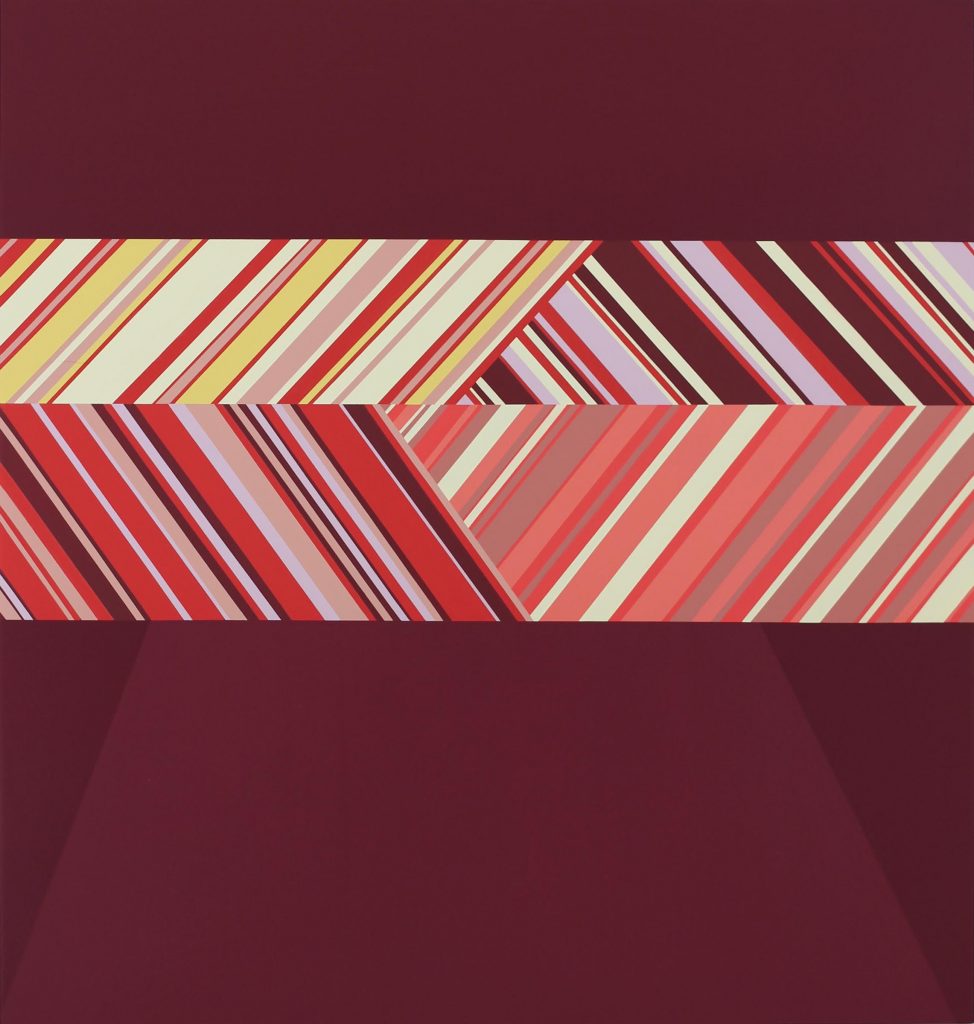 Hard, tape-defined edges are not always found in this exhibition, but then they are rarely found in this gallery that specializes in the more spontaneous gestures of Abstract Expressionism. All the lines in Lisa Nankivil’s striped painting may be parallel, but they are also expressively brushed with paint that varies from thick to thin and edges that run from hard to wispy. My attention is attracted to its variations and satisfied by its composition. It offers the horizontal pleasures of landscape painting. Similarly, the distinctive quality of Rodney Carswell’s big red circle is the unevenness rather than the precision of its edges and the areas within them. But the execution of Carswell’s circle feels stultified or inept, especially when compared to the great enso tradition of Zen brush painting.

Unpleasant visual quality is not a deal-breaker in contemporary art. It may deliver confrontational metaphor, which might also explain the ordinariness of John Pittman’s white boxes and Norman Zammitt’s colored stripes. The former suggests empty picture frames, the later is as predictable as a color chart. 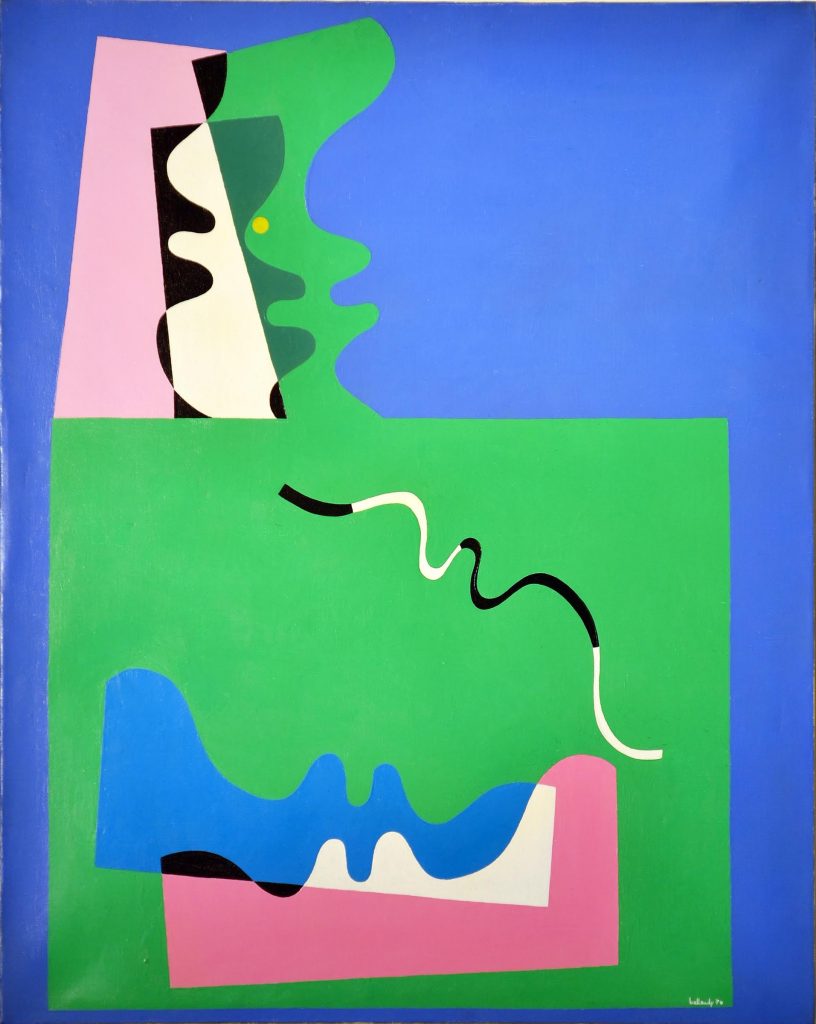 With the visceral joy of painting that these gallery walls usually proclaim, the other eight pieces offer various kinds of visual excitement. In Frank Stella’s lithograph, aggressive polygonal edges bottle up areas of manic mark-making. Melanie Pankau invites the contemplation of the magical space created by adjacent areas of opposing, colorful diagonals. Ellen Cibula has created a much larger meditational field, in a manic, twentieth-century update on the traditional thangka mandala. Perle Fine has adapted elements of Constructivism for sexy self-expression, while Charles Biederman has used them to create something like a corporate logo that’s impressive, though ponderously so.

I was most attracted to the dynamic, mid-century designs of Claude Belleudy and Harold Krisel. Their disruptive sense of balance grabs and holds attention, just like good commercial graphics. A graduate of IIT, Krisel worked in the Bauhaus tradition, while Belleudy echoes the Arcadian fantasies of Matisse. They both put me in a buoyant mood for excessive shopping, even if all I can spend is time. (Chris Miller)