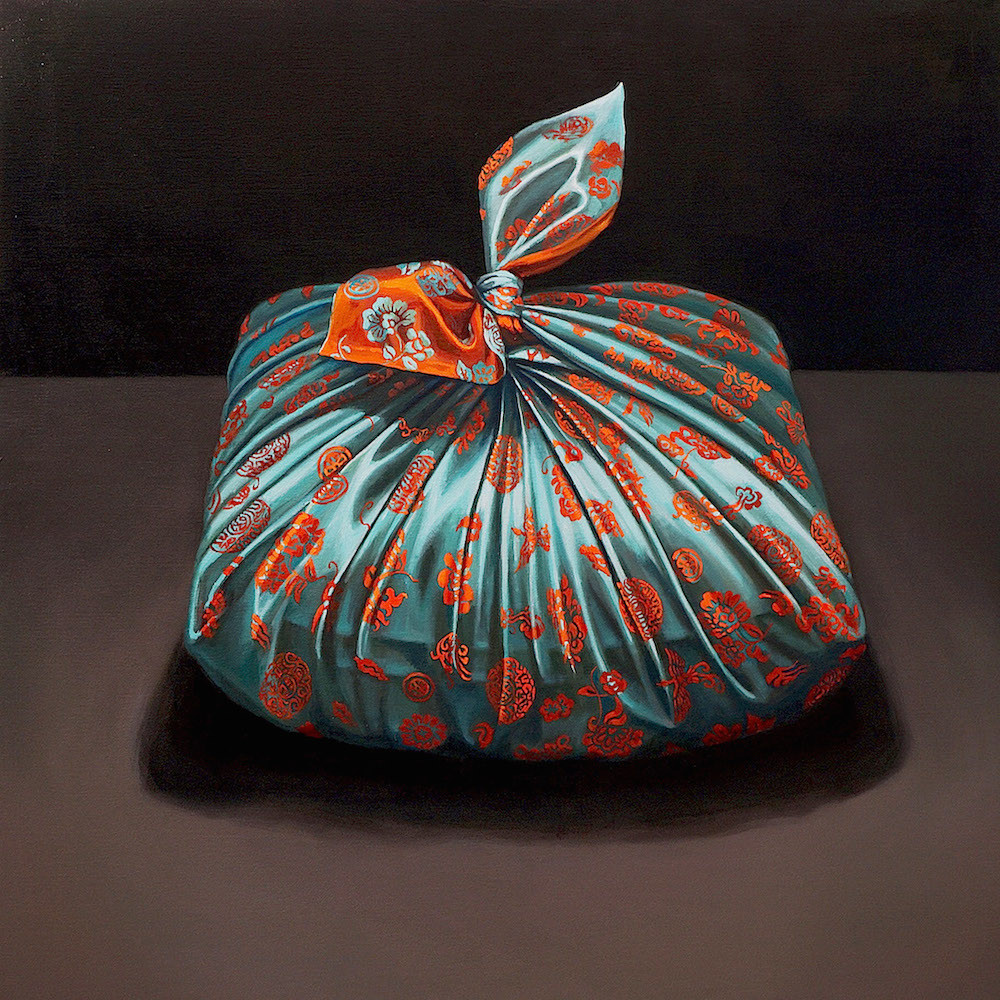 The primary theme of this exhibition is alienation, the most elegant expression of which are the ghost-like shoes and dresses of paper and wire woven by Keysook Geum. The people wearing them are missing. Also absent is the human hand in Jungjin Lee’s prints that echo traditional Asian landscape painting and bronze artifacts. The results of her photographic process felt impersonal even before she digitized it. More personal, but just as distant, are the screen and woodblock prints of Tetsuya Noda. The only Japanese artist in the show, he invented a technique that gives prints the feel of faded newspaper photojournalism. Even when the subject is his own face, the images feel remote. Remoteness is also the quality of the figures emerging in the paintings of Young June Lew. The formal clothing is not represented as empty, as it was in her earlier work, but the awkwardly stylized figures are as expressionless as finger puppets. And there are no figures at all in the paintings of Leeah Joo, even though she is a narrative painter. She paints still lifes of traditional Korean wrapping cloth, bojagi, to represent personality, human interaction or folk tales but these paintings are not as beautiful as those colorful textiles can be. Similarly, the twisted paper sculptures by Jae Ko do no more than quote traditional Asian ornament. Their apparent craft is more distinctive than their design.

The only pieces in this show that really grabbed my eye were the photographs by Gapchul Lee. He has spent thirty years documenting Korean shamanism in a black-and-white style that recalls postwar Japanese cinema. Like Kurosawa’s “Rashomon,” his prints feel timeless, profound and puzzling. 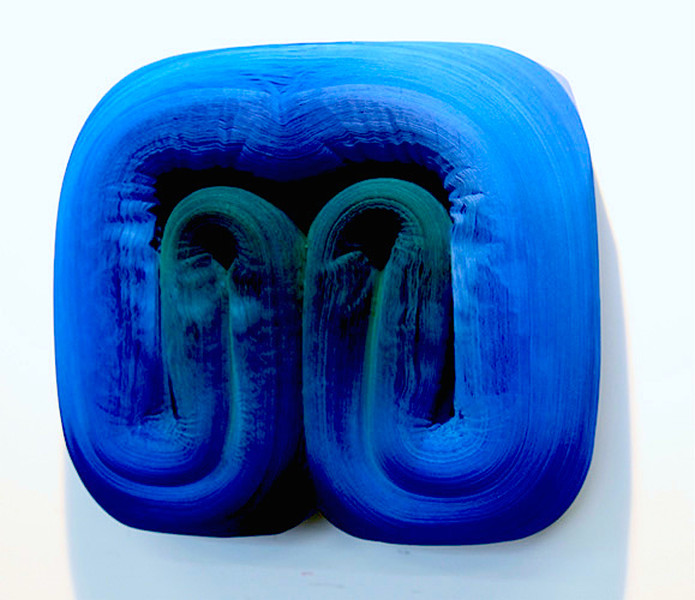 With his carefully chosen roster of artists, Andrew Bae Gallery is concerned more with ways of being Korean-American than the possible achievements of art, either traditional or contemporary. But that’s what makes it such a treasure. There’s not much ecstatic beauty here, but there is a quiet sense of self-possession and a determination to be modern without severing ties to a cultural past. No other Midwestern art gallery specializes in this genre. (Chris Miller)