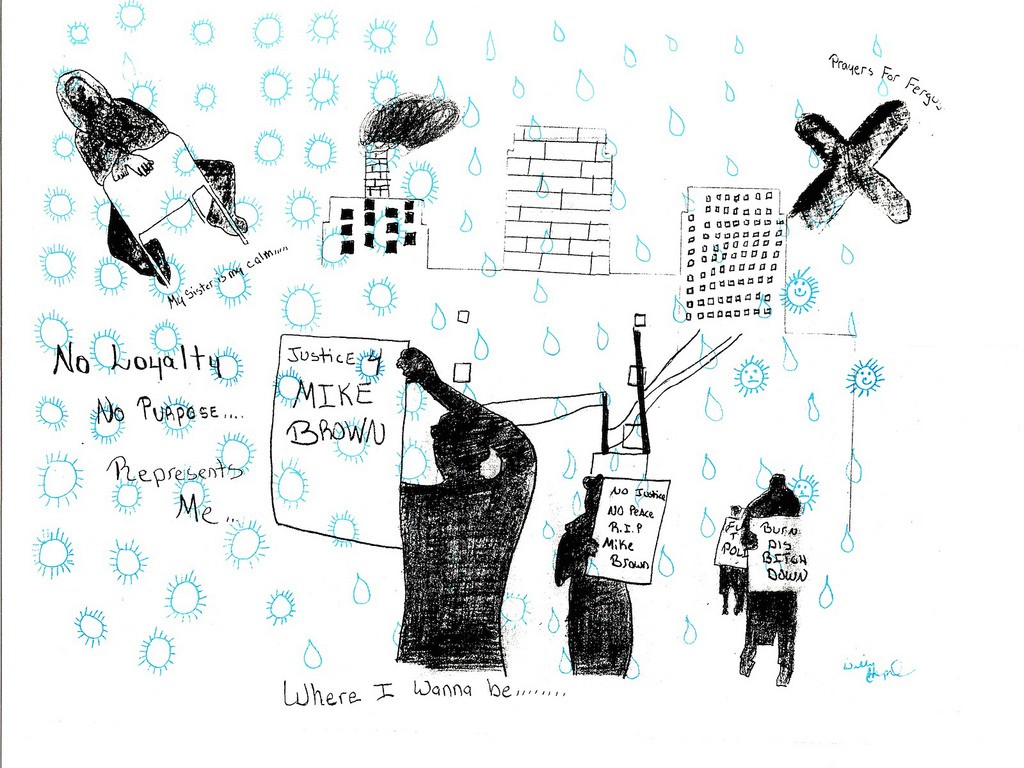 This exhibition reminds us that freedom is conditional, that one’s guidance comes from the communities that one is born into and that structural inequality shapes one’s access to opportunities. It shares the experiences and perspectives of those who are imprisoned at the Stateville Prison through self-portraits, sound recordings and animations. It was organized by the Prison + Neighborhood Arts Project (P+NAP), a collective of artists and scholars who have been running semester-long workshops of arts and humanities programs with men in Stateville Prison in Crest Hill, Illinois since 2010.

Themes of time, future and freedom concern this exhibit, especially in the “Representations” series, which features screen-prints made in a workshop taught by Damon Locks. Stateville students reflect on individuals who inspire them, influential figures and where they wish to be. One printmaker’s image of protesters gathering in Ferguson and holding up posters about Mike Brown informs us that he would rather be a participant in the #BlackLivesMatter movement. Most wish to be home, living in the city or working on neighborhood civic engagement programs. Instead, they are incarcerated for life. Their imprisonment impacts not only their lives, but also the lives of their family members, their communities and society at large. Michelle Alexander details this larger impact in her book, “The New Jim Crow.” The United States has the highest prison population in the world, largely comprised of people of color. 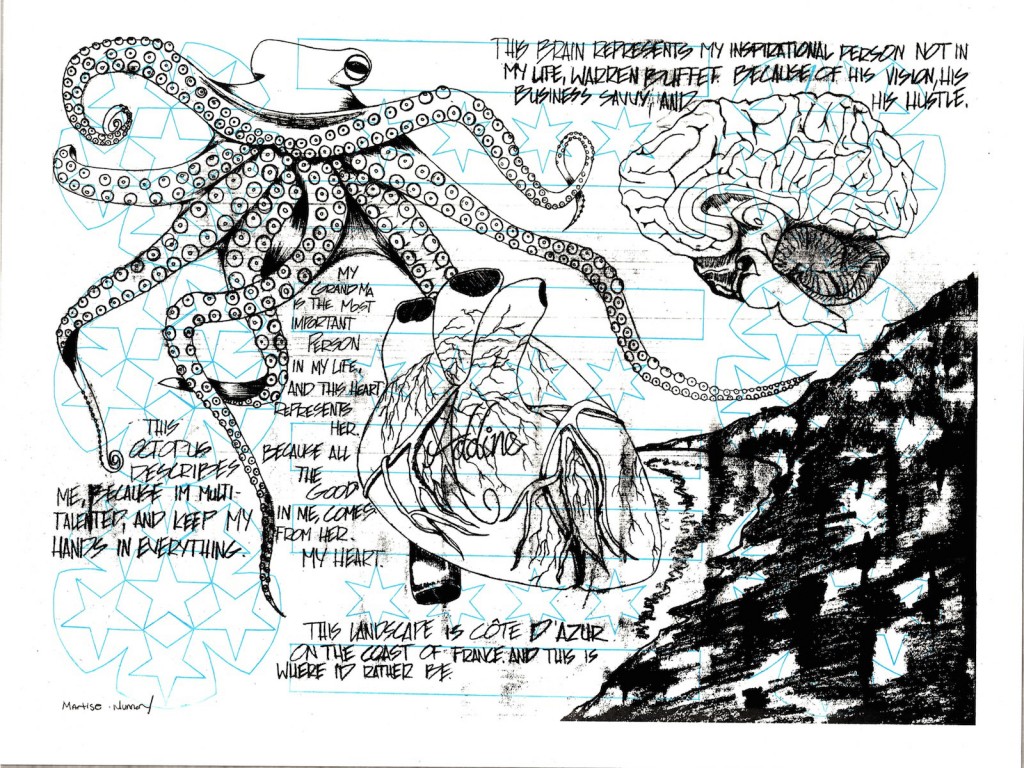 Pointedly, those who are imprisoned are disenfranchised by the state before they even enter into the judicial system; they come from the most vulnerable communities of color where poverty, crime and hyper-policing work in tandem with a lack of social services. They enter into the prison system that lacks not only opportunities for higher education but also mental health services. P+NAP works against this system, since the 1994 Violent Crime Control and Law Enforcement Act barred educational funding to incarcerated students and defunded prison libraries. Confronted with these formative barriers, P+NAP’s students attest to their continued resilience as they engage in their creative faculties restoring their passion, connections and at utmost, their identities. (Hiba Ali)

Through March 20 at the Hyde Park Art Center, 5020 South Cornell.