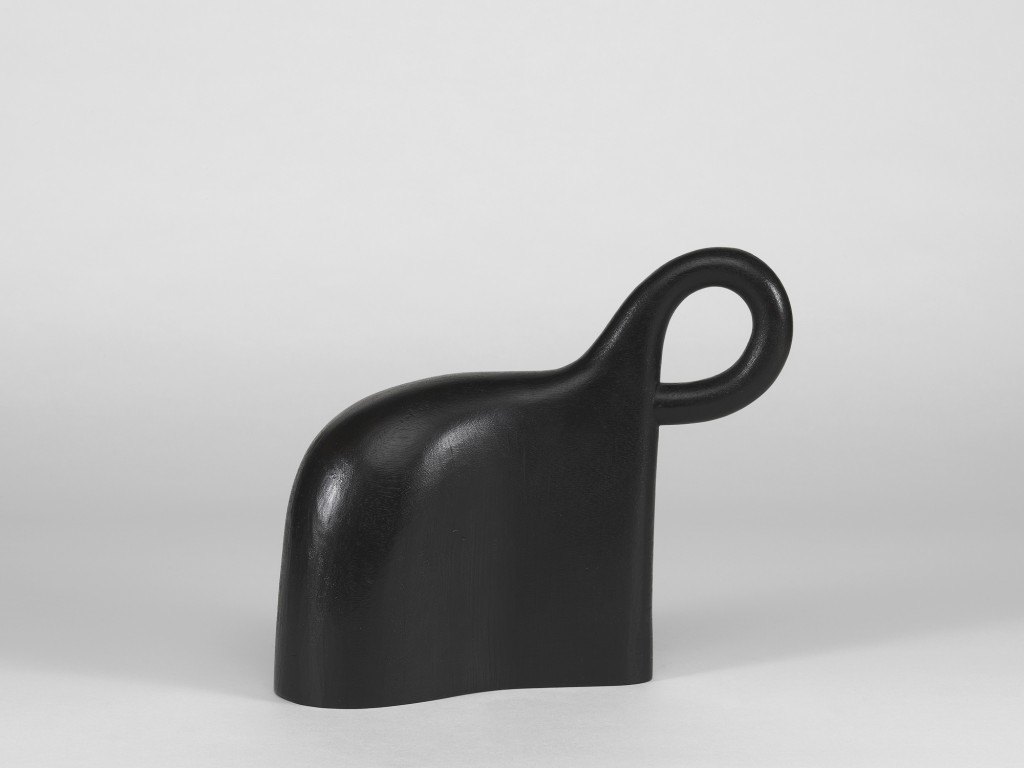 Martin Puryear’s sculptures, drawings and prints might have been made anytime in the last seventy-five years and yet there is nothing retrospective about them. “Face Down” (2008) and similar works could almost have been carved and cast by Brancusi. They are ovoid shapes with the merest of human features. At some level of remove, they are derived, like Brancusi’s sculptures, from African carvings, especially Dan or Fang masks. And they similarly allude to spiritual ideas, such as the Zen principles of enso (enlightenment), mu (the void) and infinity. And yet the luxuriousness of Brancusi’s polished brass heads, which today epitomizes the Art Deco interior, is entirely absent.

“Untitled” (2009) consists of three smooth, toaster-sized sculptures of bronze or mahogany suggesting the ceramics of Ken Price. They might be watering cans with a handle but no spout, or elephants with a trunk but no tail. They efficiently express the idealist formula of “purposiveness without purpose” but without, if I may, any cant. But just when you think you have it nailed, you discover that the form, with only a few nips and tucks, became “Shackled” (2014), a seated elephantine form of iron with a nose-ring where a trunk should be. (A gargantuan version will soon be installed in Madison Square Park in New York City.) This work is politically engaged, referring at once to the enslaved elephants of Thailand, India and Myanmar (and the dozens in U.S. circuses), as well as to the oppression of African Americans during slavery, Reconstruction, Jim Crow and today. 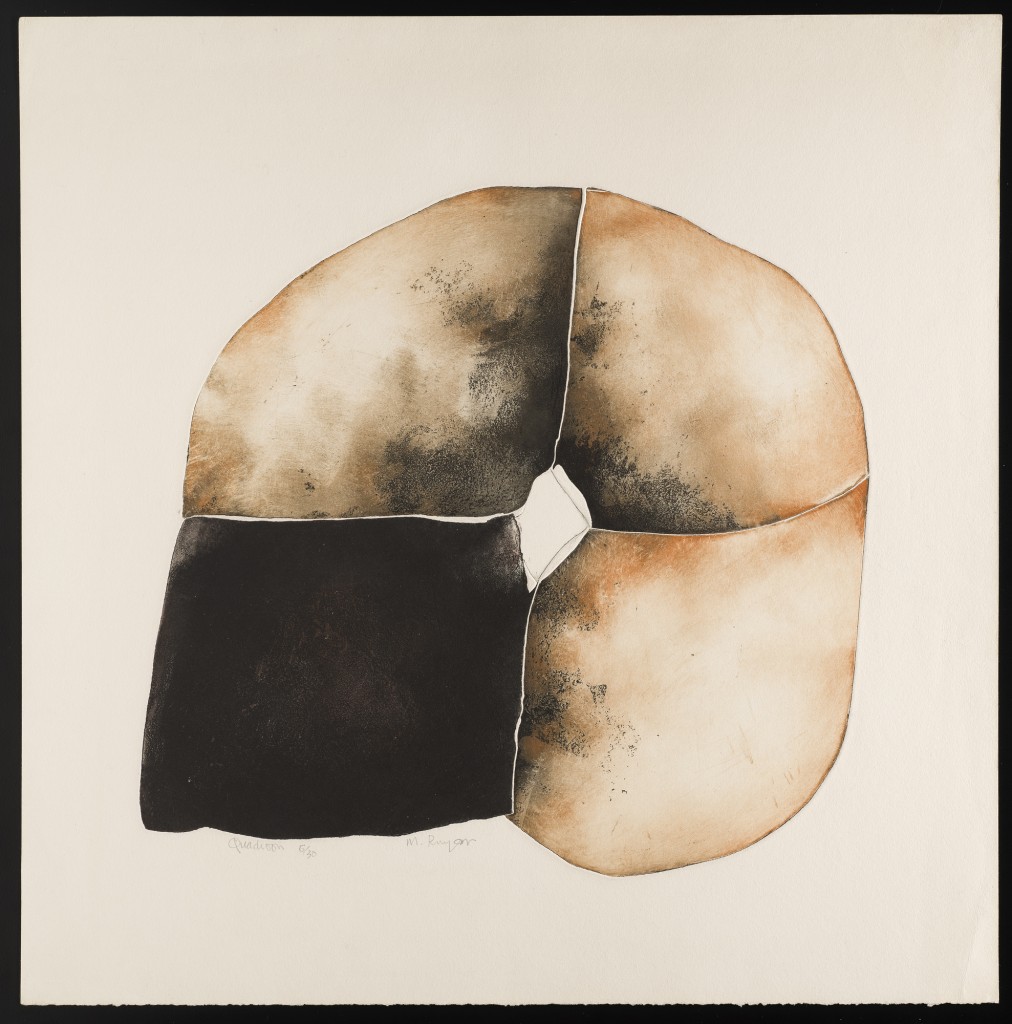 Puryear’s work looks like that of many other artists—include Hesse, Westermann, Morris and Serra—but at the same time like none. Only the very earliest works in this terrific exhibition, some drawings made in Sierra Leone in the mid-sixties while the artist was in the Peace Corps, can be pinned down: they have the touch—clear outlines, minimal shading, angularity and pathos—of the American social realist Ben Shahn. That early formation may have been crucial for Puryear, and it explains the re-emergence of politics just when you thought it was evacuated.

Through May 3 at the Art Institute, 111 South Michigan.