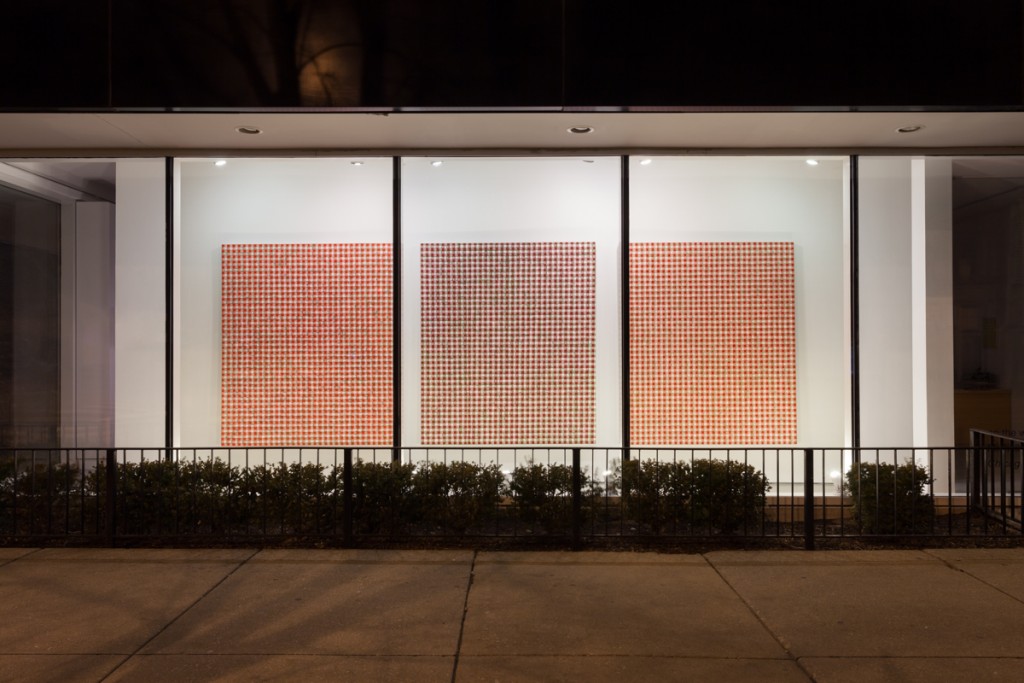 Michelle Grabner’s “Chicago Gingham” is a simple affair. Three seventy-five by sixty-five inch panels of oil, burlap and gesso form an imposing red-and-white checkered surface perpetually on view through the gallery’s large glass façade. Up close, the application of the paint is far thicker and more varied than it appears from the street. Bits of bright green stained burlap peak through wisps of cadmium red and titanium white, creating the impression of an AstroTurf ground. The panels are warped and the corners pull away from the wall while the lingering odor of linseed oil perfumes the tight space.

In contrast to their stark formal economy, these objects offer a multitude of complex sociological readings. Grabner’s works, which emphasize pattern and repetition to a dizzying degree, are usually linked to the labor and visual lexicon of the domestic space. But this is a weak analogy.

Fraught with tension, power dynamics, decisions and consequences, the domestic sphere —whether arguing with a partner or deciding what’s for dinner—comprises a bevy of complex interactions that involve genuine risk, qualities that “Chicago Gingham” and any number of Grabner’s other non-hierarchical compositions lack. Executed with a capitalist’s zeal for standardized production, these works do evoke labor, but it’s not the integrated and autonomous work of the stay-at-home spouse; rather, it’s the incessant, alienated labor of the factory floor and the office cubicle.

It’s fair to say that Grabner has always been a conceptual artist whose practice employs painted, drawn and woven objects to signify broader cultural concerns. But beyond the Calvinist impulse to make in order to avoid becoming a new apprentice in the devil’s workshop, it’s difficult to discern just what those concerns really are. At best, “Chicago Gingham” is a potent reminder of the self-imposed rituals and limitations necessary for artistic production now that society has dispensed with any officially sanctioned use for art or artists. 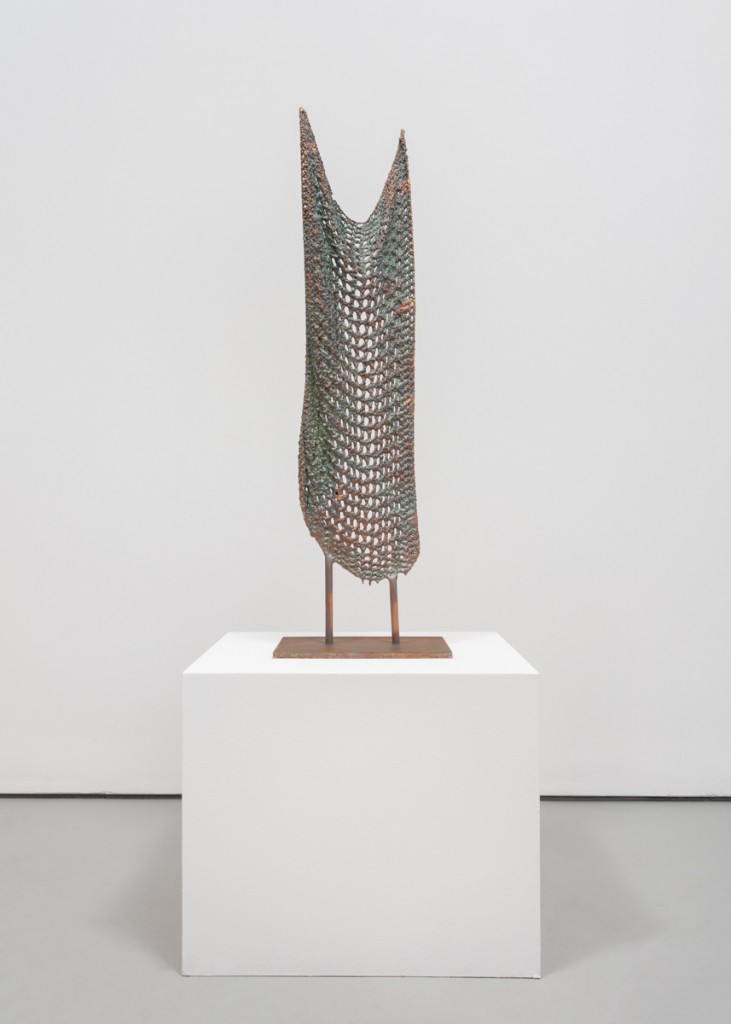 Those desirous of a rich sensuous experience enlivened by multiple encounters will find these paintings too rapidly consumed. Instead, viewers are advised to seek out Grabner’s untitled cast-bronze sculpture, whose opposing poles bound by hanging crochet provide some genuine drama.

Through May 28 at Monique Meloche Gallery, 2154 West Division.