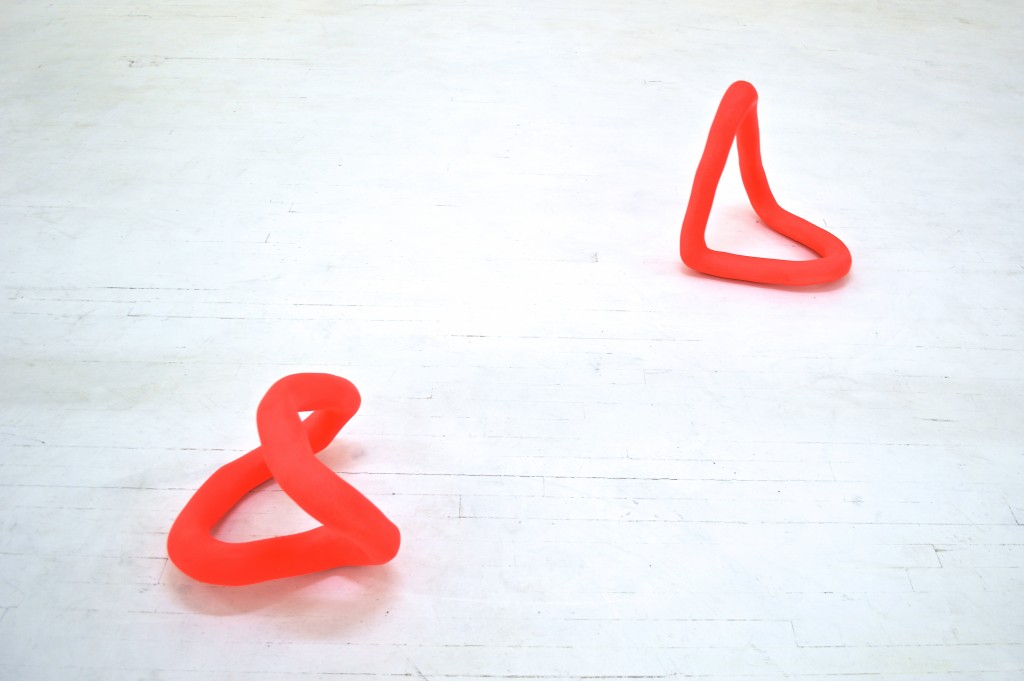 Aside from a predilection for including—in a deliciously apt, tacit titular nod—the kinds of fantastic colors found in the chemical inks that crowd candies and their wrappers, the five artists showing in “Sugar Talk” at LVL3 are bound only by having been previously exhibited in the space; in this annual gathering the gallery celebrates the effects the artists’ work have had on LVL3. This can make for an uneven show, with some pieces practically blending into the walls in the face of vastly more arresting works. The paper works of Benjamin Barretto—slashes, jetties and islands in sundry shades of red and bone, as if the guts of a Valentine were spilled and shot through with a toxic green—become crowded out of the heart and eye by the C-prints of Robert Chase Heishman, whose two iterations of “Cactus Curtain (study)” feature the succulent as sculpture, its barbed, verdant lobes striking against a brilliant blue. Barretto’s video work, “Music for two or more flowers,” fares better; both “Music” and Morgan Mandalay’s “Ikebana Mediation” series score the exhibition. 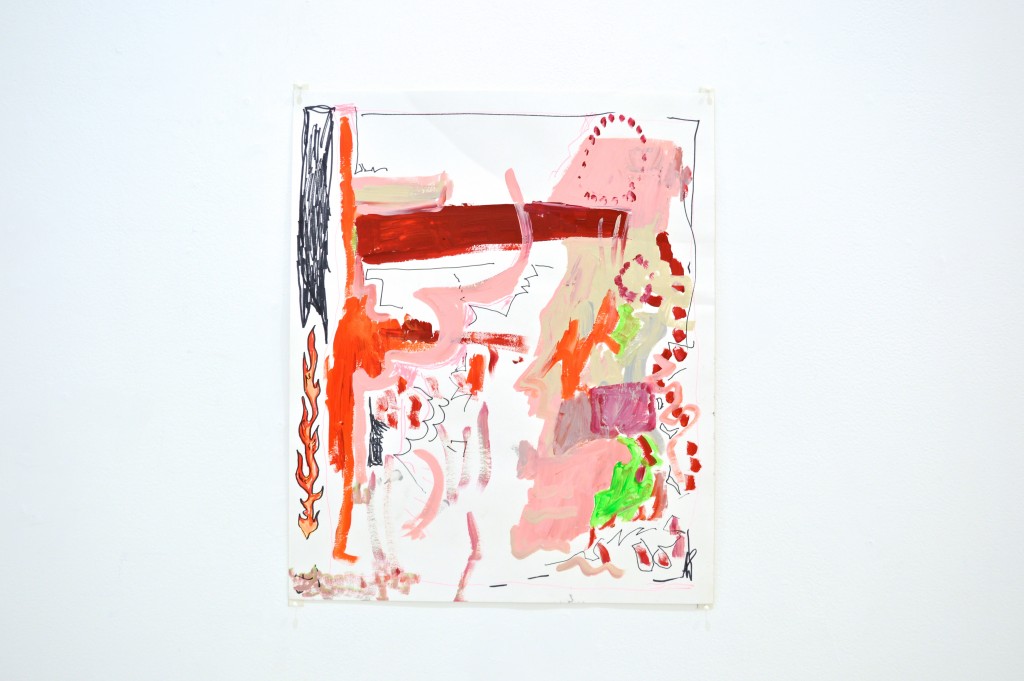 Jaime Angelopoulos and Adam Parker Smith quite handily steal the show. Angelopoulos’ abstracted extractions of emotion, stimulus and behavior straddle a line between anatomical and whimsical, perfect black holes cut into seafoam or lilac with flowering bunches of striated fingers that resemble histological studies of myelin sheaths and smooth muscle, incandescent pink ribbons and juvenile Beetlejuice sandworms tying the apertures together, while her plaster and foam “Infrareds” sit on the floor like severed lips. Parker Smith’s sculptures are the sweetest pieces in the show; “Untitled (dick 3)” masterfully uses resin to present a mirror perpetually damp with passion, only to take a turn for the bathetic when, materializing in the condensed love, is that most omnipotent of icons, the simple dick and balls. “Nudie” exerts gravitational pull, a symphony of colors and textures, including fake flowers, shipwreck-esque metal, flooring curled like ribbon, and a Koonsian flash of shiny candy mylar. Fittingly for “Sugar Talk,” both pieces contain elements begging to be licked.