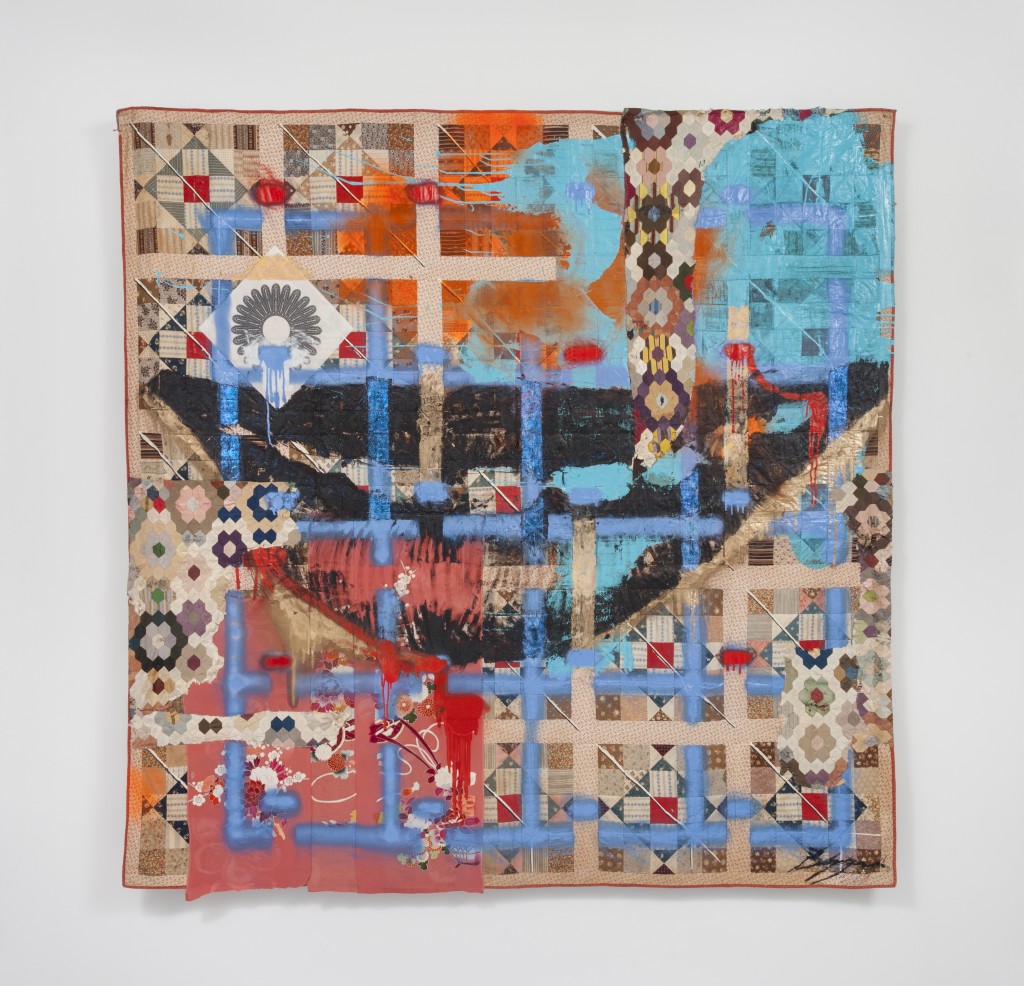 Sanford Biggers’ first solo exhibition at Monique Meloche, “the pasts they brought with them,” situates the viewer to think about tradition and culture syncretically, reflecting cultural traits that are shared but also pointing to the disjuncture of embodied experience. The “success” of othering occurs ideologically, when instead of attempting to understand another culture or perspective, one perpetuates fear and hostility. Biggers has said that the viewer constructs the meaning of art and symbolism for themself. This idea is opaque in his oeuvre, in which richly layered collages use tar, spray paint, screen-printed fabrics and quilts from the main street of Harlem, 125th Street, considered since the 1920s a hub of African-American culture. In this show, he elaborates on the smile icon in his quilted collage “Hat & Beard” by referencing his previous work “Cheshire,” a light-up sculpture of red lips and glowing bulbs as teeth. In “Hat & Beard,” the smile is more easily discerned when farther away from the piece. It signifies the Cheshire Cat in Alice in Wonderland, knowing and malicious, as well as blackface minstrels, a trope founded on racist assumptions of performing “blackness” in the 1840s. 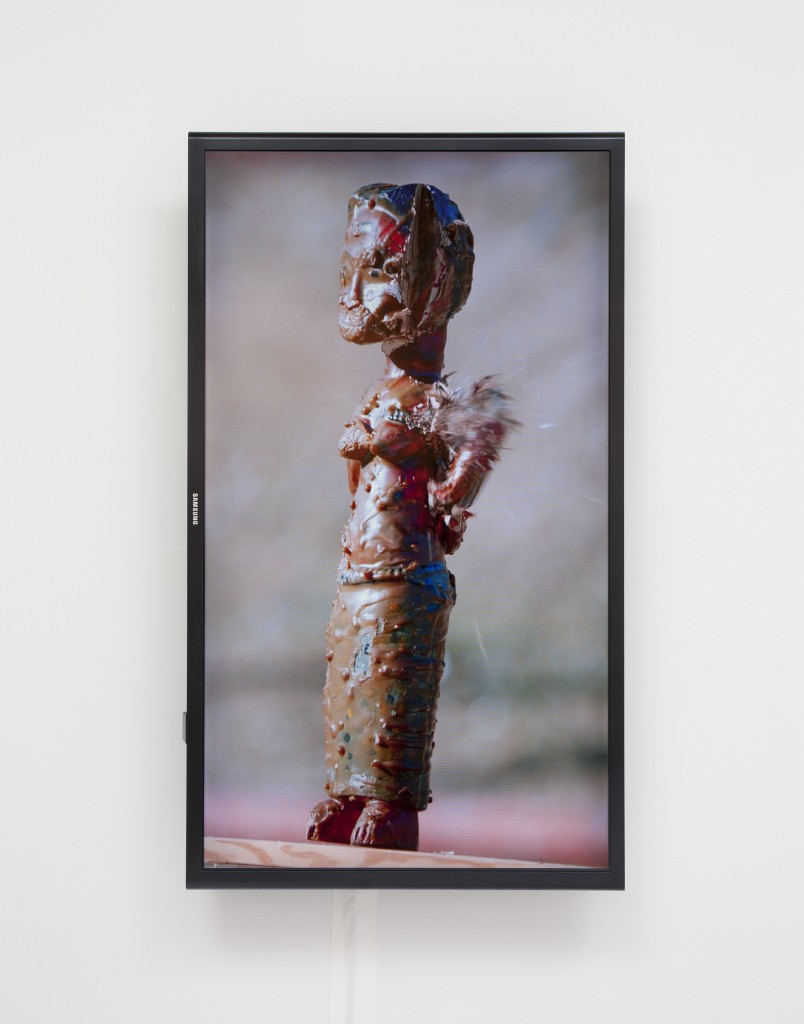 With reference to the performance of race, Biggers builds upon “blackness” as a powerful yet porous identity. Wooden figures dipped in wax, filmed in slow motion being shot by bullets and then recast in bronze sit center stage in the gallery. “BAM (For Michael)” and “BAM (For Sandra)” function as power objects that honor Mike Brown and Sandra Bland, and he plans to continue making them to honor all the lives of black people lost to police brutality. These figures are also considered a part of Nkisi, an object-based spiritual practice from the central region of Africa, and voodoo practices from the Caribbean in which the hammering of sharp objects into figures is a way to keep destructive forces away. Socially constructed definitions of cultural signifiers expand and contract throughout time. Biggers enables us to enter histories through an object’s materials and impresses on us that viewers are instrumental in the creation of myths, historical facts and fictions. (Hiba Ali)