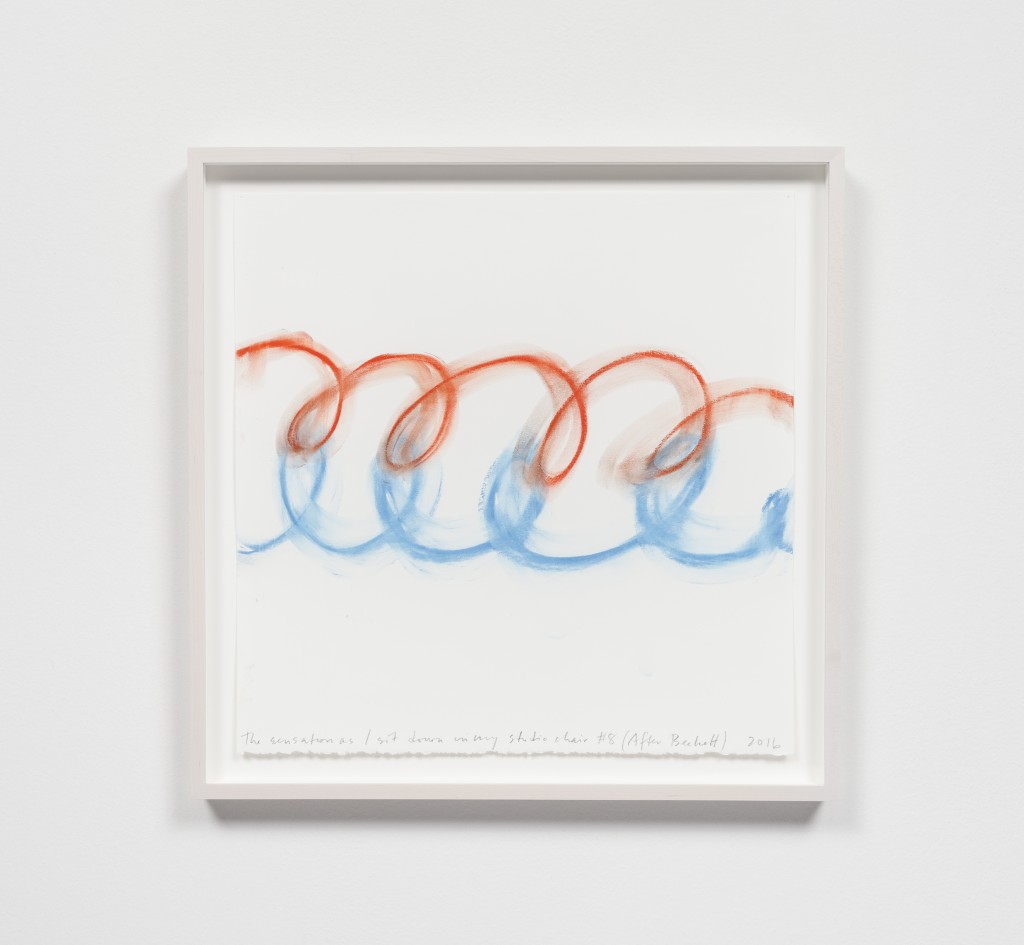 Spencer Finch often uses scientific research to flesh out the concepts of his work. In “Saturated Sight,” pastel drawings and fluorescent light sculptures explore synesthesia, a neurological occurrence where one sensory experience triggers a second, involuntary sensory experience. Although the artist himself admits synesthesia is something that would be of interest to “crackpots,” Finch’s pastel series “The sensation as I sit down in my studio chair (After Beckett)” simply and smartly explores the phenomenon. For this series, the Brooklyn-based artist recreated the delight of Beckett’s protagonist in “Murphy” as he sits down to lunch. Finch mimicked Murphy’s actions in his studio, using one or two bright colors to illustrate the moment his body touched the chair.

A new drawing series titled “Fog (Lake Wononscopomuc)” also uses pastels, in this case to capture the light and atmosphere of the scenic Connecticut landscape. The gray-toned studies are quiet reminders of how one location can appear different based on weather or other changes. Another drawing series faintly depicts still lifes of fruit. The titles, “Figs and Grapes (Smell)” and “Basket of Pears (Smell),” describe not only what we’re seeing, but remind us that these objects have a smell, not to mention a taste. The viewer almost expects a scent to come out of the frame as one leans in to absorb the detail. 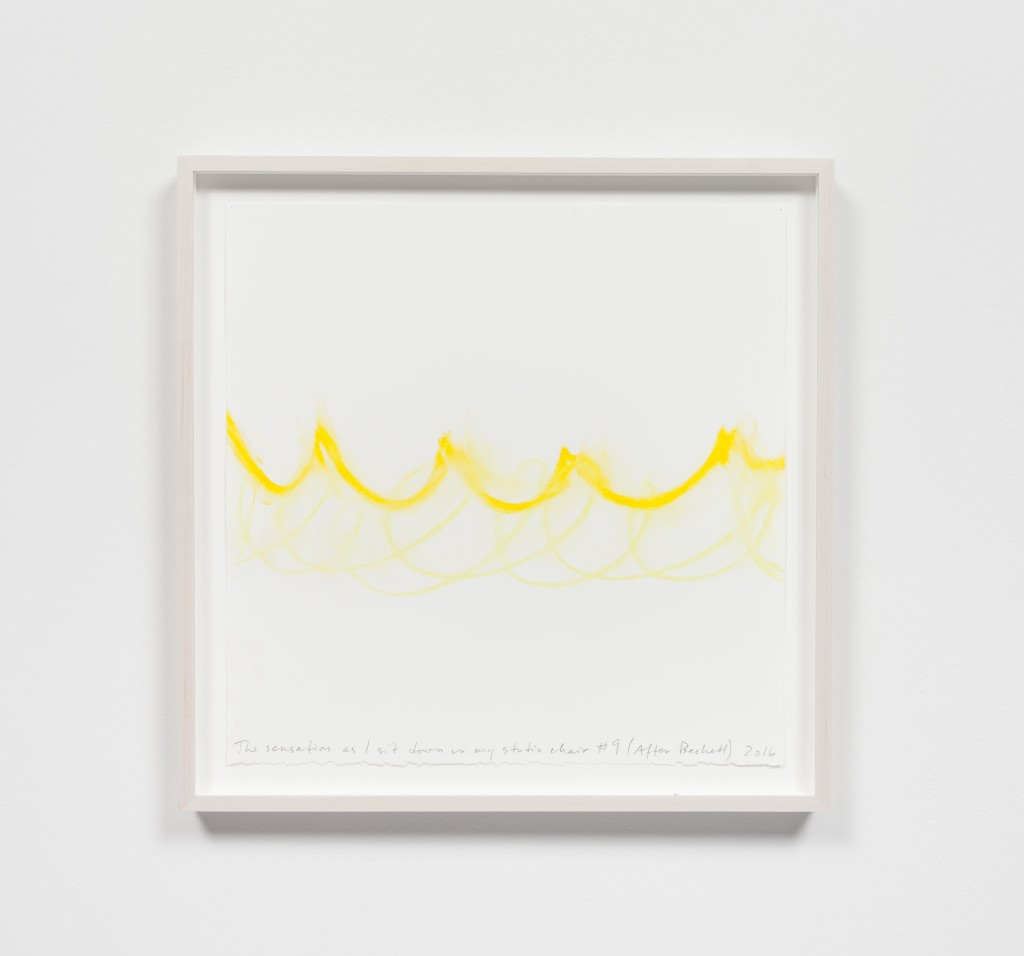 Finch’s oeuvre touches often on senses and perception, as with his 9/11 memorial piece, “Trying to Remember the Color of the Sky on That September Morning,” which is composed of over 2,973 shades of blue, and plays on the way people remember details. In this show, “Goldberg Variations–4 & 5” takes Bach’s work and turns the notes into colors based on Isaac Newton’s correlation between the musical scale and the visible spectrum. For Newton, there were seven colors that corresponded to seven notes on the diatonic scale. The sculptures are two sets of vertically wall-mounted fluorescent light fixtures, banded into Newton’s colors, the band’s lengths are based on a note’s length. When notes overlap, as in a musical chord, the colors mix together to make vibrant new tones. May this show make us all crackpots for Finch’s translations of perception.