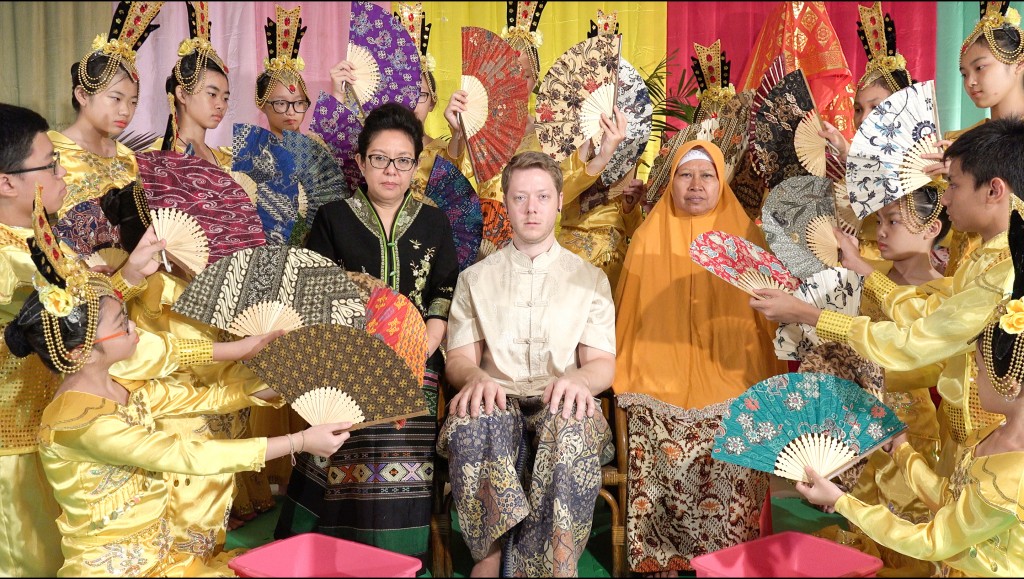 Demanding the viewer’s full attention, Leonard Suryajaya’s work pushes social, emotional and creative boundaries as the artist walks a thin line between the self and the other. A current BOLT resident at the Chicago Artists Coalition, Suryajaya showcases his work in his solo exhibition “Don’t Hold On to Your Bones,” a vibrant, immersive installation ignited by his upbringing as a second-generation Chinese Indonesian now living in the United States. Finding himself at the intersection of cultures and identities, the artist seeks his place within them by exploring identity, family, gender and sexuality. “Don’t Hold On to Your Bones” proves that for Suryajaya, this journey has been more than a way out of his home country, it has been a path toward self-realization and acceptance.

Trained as a photographer, Suryajaya has since moved away from traditional photographic approaches that limit the artist’s view of the world to the lens of a camera. The gallery space is covered with a blanket of bright camouflage print. Wrapping chairs, phones, nightstands, kitchen appliances and even the individual leaves of plants with paper patterned with the exact same print as the wallpaper they are placed against, Suryajaya gives an almost sculptural element to everyday objects. Multiple screens play videos in a loop: Indonesian elementary school children in uniforms singing the U.S. National Anthem. With mouth-guards securely in place their mouths are kept open—a strange, captivating choir the viewer can’t look away from. Several framed photographs of other, equally bizarre staged scenes introduce photography into this all-encompassing environment in which the artist, using photography, video and installation, forces the viewer to an overwhelming burst of vibrant color and powerful emotions. 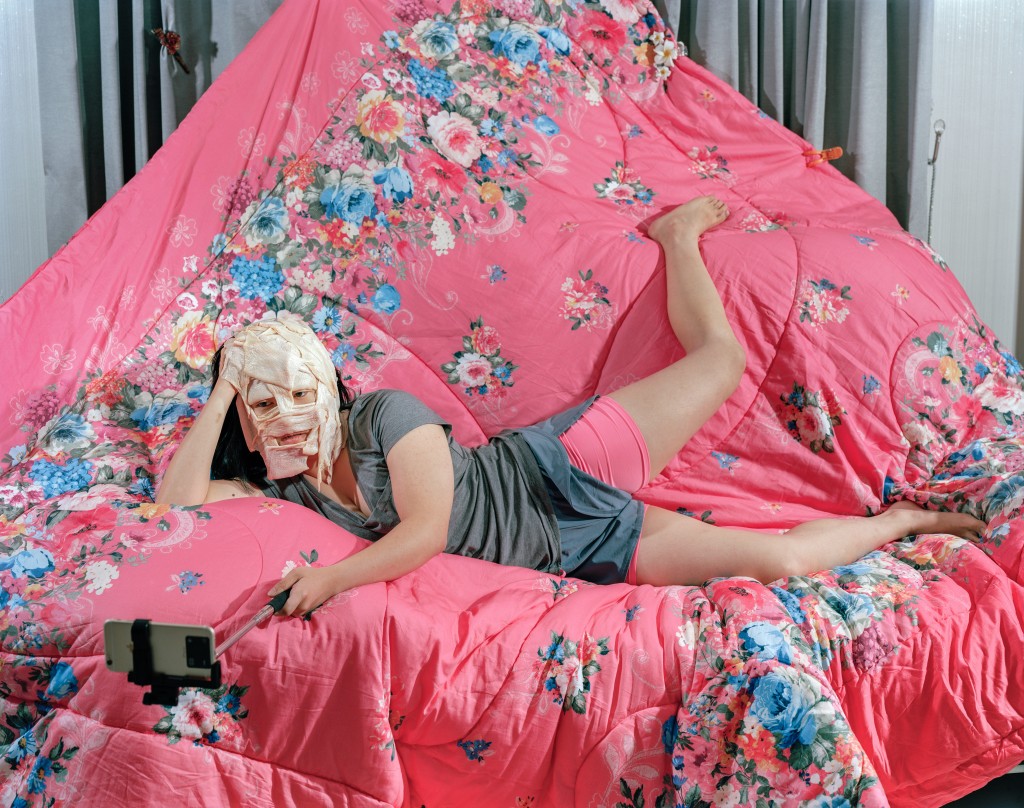 Unexpectedly, it is in this busy and whimsical place of still and moving images, sound and installation that the artist forces a look inwards. The simplicity and apparent sincerity of Suryajaya’s photography synthesize a kind of family album that exposes the realities that inspired it. Deconstructing his culture’s definitions of family, intimacy and sexuality, the Indonesian-born artist makes his way through a very conservative culture to self-realization and sexual awareness, bringing personal narratives to the forefront of his work. Electrifying colors, complex patterns and fearlessly staged settings provide grounds for understanding the emotional and physical aspects of cultural identity as they produce conflicting feelings of belonging and displacement.

Gathered in a powerful ensemble, Suryajaya’s work is unapologetic. Not afraid to expose and be exposed, to confront and force confrontation and to use private material to enlighten and to criticize, the artist creates an alternative reality through his work, one that moves away from preconceived notions of personal and cultural identity, intimacy and queerness, and helps him push the boundaries toward self-actualization, aesthetic responsibility and creative freedom.