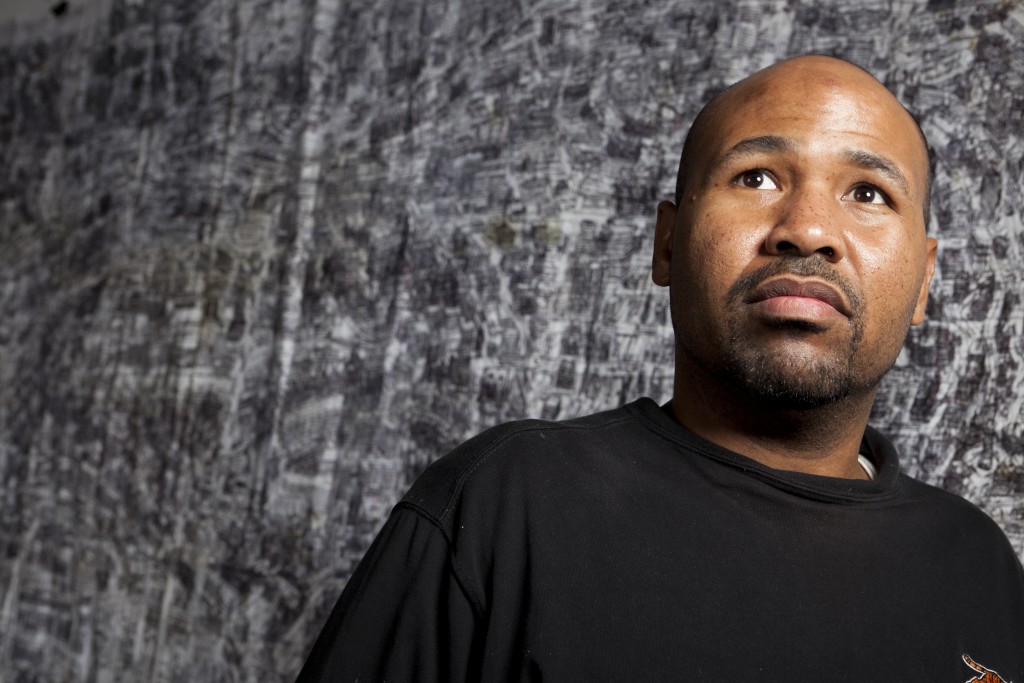 The parameters of what counts as a map are surprisingly hard to draw. From medieval Islamic star maps to contemporary adventures in Geographic Information Systems, “maps” encode a variety of different information sets as well as figuring radically divergent relationships between user, maker and world. Courttney Cooper renders Cincinnati’s urban fabric with furious intensity, plotting the personal onto the public. This small show at Intuit is an excellent opportunity to see recent work by one of Cincinnati’s most important contemporary artists.

Cooper makes his maps on large sheets of paper culled from his grocery-store day job. Each sheet is covered in a wealth of detail made mostly with a disposable ballpoint pen. He produces fascinating material documents: the paper and ink show signs of aging and discoloration, some of the buildings are drawn and redrawn until they become illegible, some spaces are left evocatively spare. Most of his pictures use the sort of three-quarters aerial view popular among early-modern mapmakers and Gilded Age architects. Sites are identified by brand (J.C. Penney), function (playground) or civic identity (City Hall). Balloons mark out the city’s radio stations, making the airwaves material. 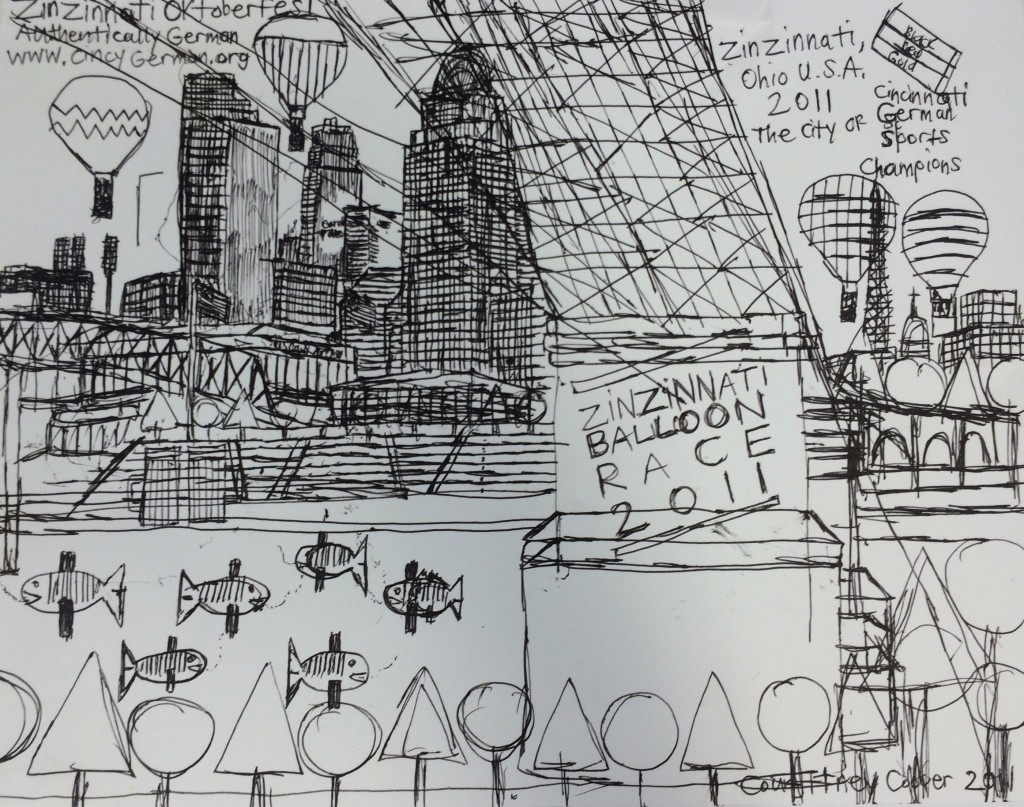 In a clever touch, Cooper’s work has been hung alongside three of Henry Darger’s newly-restored maps of his fictive universe, colloquially known as “The Realms of the Unreal.” Cooper’s oeuvre shares little with Darger’s, for his maps fashion complex propositions about the relationships between past and present, city and self that Darger’s images duck. But the juxtaposition reveals how the logics of mapping can be productively expanded by artists who decline to leave the world’s limits intact. (Luke A. Fidler)