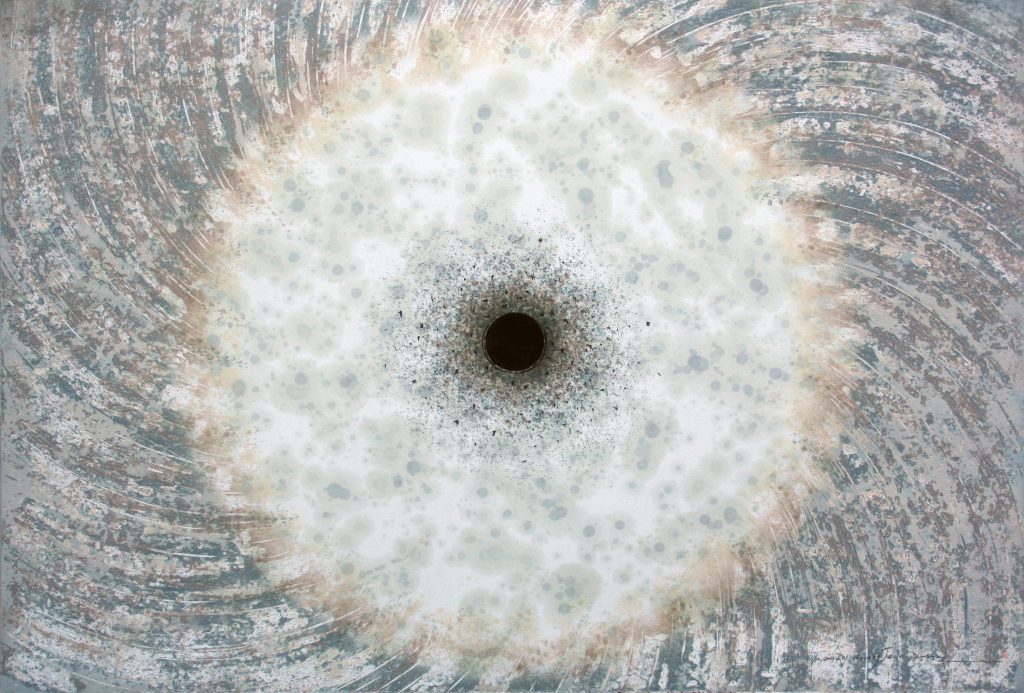 Philosophical undertones have long belayed the work of Kwang Jean Park, and her sloughing off of the nearly inexhaustible but roundly approachable concept of Yin and Yang—with all of the strictures, balances and too-easy Eastern cultural connotations carried therein—in her more recent practice allows for a more nebulous, expansive philosophy of nature to enter her work. The nature of Park’s solo show at Andrew Bae is all-encompassing, literally universal, if one reads some of the spiral structures with the right eye. It is also, without the balancing principles of her former explorations, something akin to controlled—even tranquil—chaos, as layer upon layer of oils, acrylics, graphites and papers coalesce. A strange dichotomy arises, as the kinetic nature of the works, prefaced on spirals and explosions, seem perched, balanced. 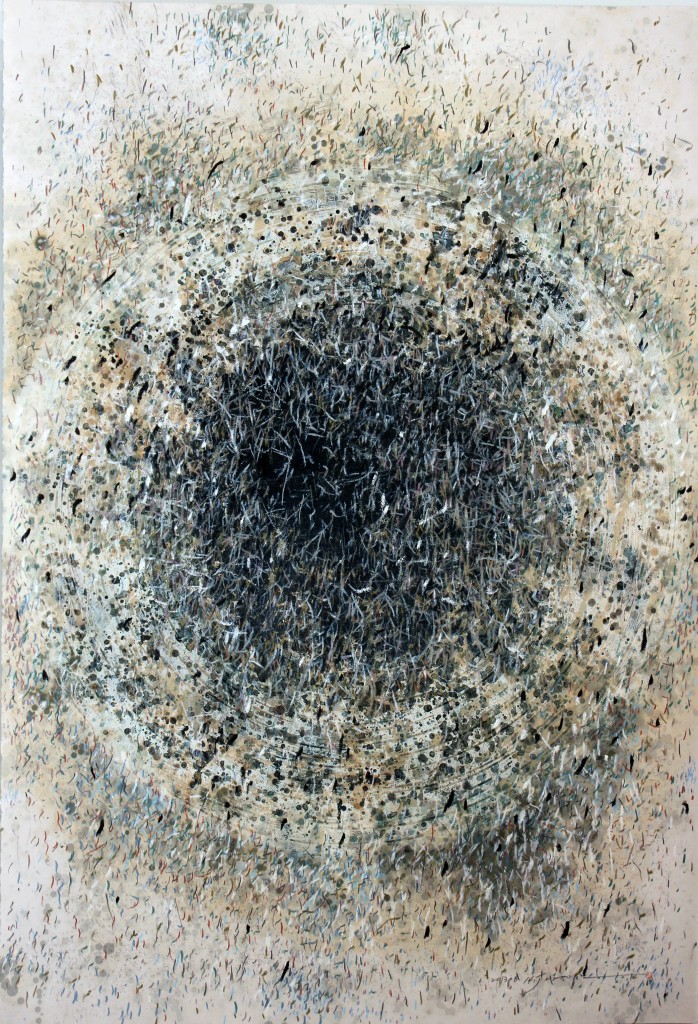 A closer examination of the work reveals an architecture beneath the layers; for example, the woodblock derived rings beneath a series of paintings that resemble, at first blush, miniature Big Bangs. Park’s application of gentle, necessary order is a skeletal system draped in flesh as if from the Valley of Dry Bones that reveals that which at first appears to be chaos is, just as in nature, truly complexity. Park attempts to channel nature in all of its ungainly, uncanny beauty, and while all of the pieces are abstractions, they inspire telescopic views of our physical and metaphysical world; an intricate collage of woven paper, plied with paint and singed with graphite, resembles waves of water and skeletal muscle both, as well as the vast array of waveforms which subsume us—light, radiation, sound, thought—yet remain hidden. A woodblock print resembles a zygote, a cyclonic eye and a donut universe. Dansaekhwa, the form of Korean abstract art which arose in the 1970s and which lends its name to this exhibition, translates to “monochromatic,” and the entire exhibition shares a soft palette of cream and carbon, marrow and bone. Perhaps it is this uniformity, along with Park’s technical precision and the careful foundations on which her quasi-chaos are laid, which inspire less fear of the telescopic natural order she wishes us to contemplate than awed, meandering thought. (B. David Zarley)