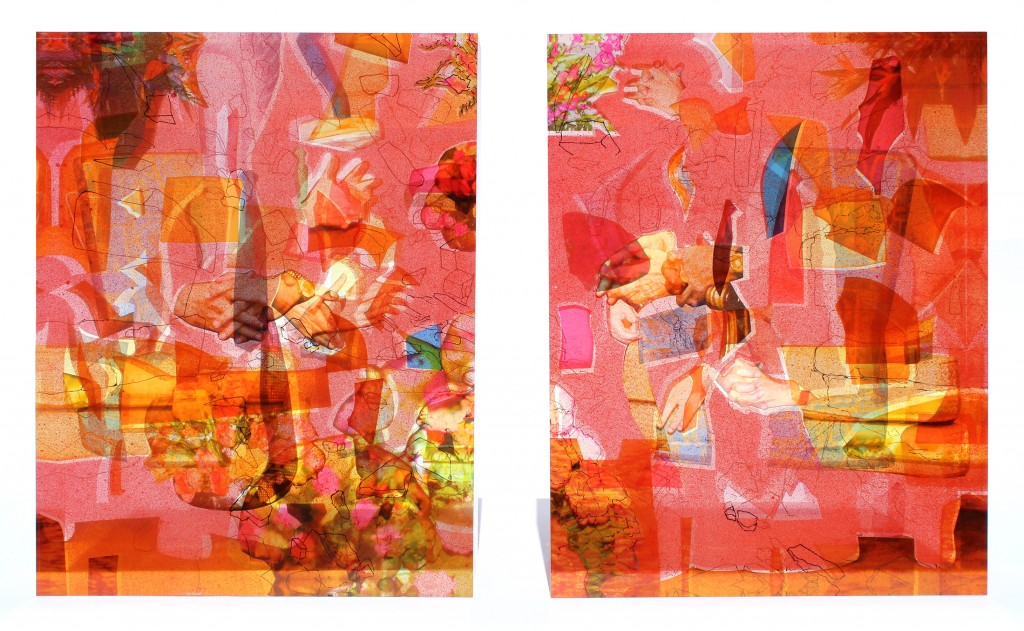 In “Red Regalia,” twin monoliths of glowing crimson are infused with fractured depictions of clasped hands, neckties, arm rests and potted plants pressed between half-inch thick acrylic sheets. These images, like those in Johnson’s other pieces, document meetings of the International Monetary Fund, the World Bank and other ominously acronymed New World Order-type intergovernmental bodies. The results appear as a kind of exploded cubism, embedding time, space and multifocal perspectives in a series of spectacular, jewel-like moments.

These brilliant, stained-glass qualities abound and all-over works such as “Stella” and “Cushion Barricade” are immediately seductive, projecting their hues on nearby walls and pedestals. But conceptually, Johnson’s “Structural Adjustment” is more perplexing. While there’s undoubtedly something sinister about the kind of backroom economic dealing that crushes entire nations, little of that menace makes its way into the work. Instead, it’s the beautiful façade, the iridescent veneer of respectability that these global organizations promulgate, that dominate the character of the show. 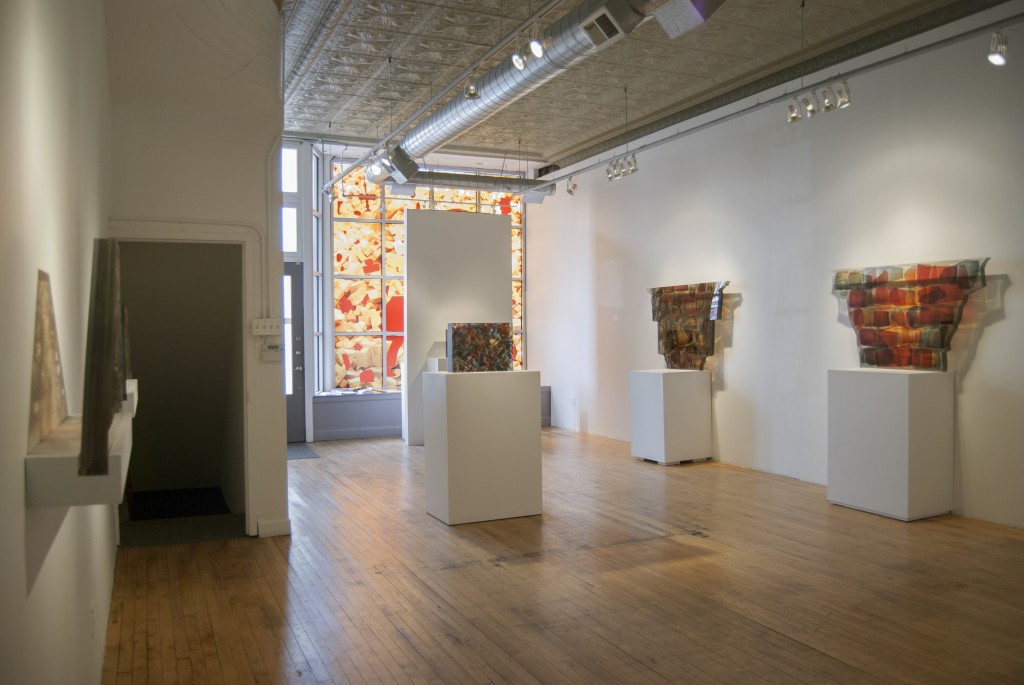 The enduring (and alarming) strength of capitalism is its ability to effortlessly assimilate and commodify everything into its corpus, even resistance to capitalism itself. From bank-sponsored exhibitions about Occupy, to anti-war shows paid for by the same government that dropped the bombs, I’m skeptical of exhibitions and works of art that “take on” or “challenge” power structures, as more often than not, they simply reinforce them.

As Zachary Cahill notes in the accompanying handbill, Johnson’s work can be seen to function “pedagogically,” educating the viewer by pointing to that which is often disguised. It’s a reasonable conclusion, but not one I’m completely sold on. Nevertheless, “Structural Adjustment” delivers a formally awe-inspiring experience that’s worth seeing in spite of its dispassionate subject matter. (Alan Pocaro)