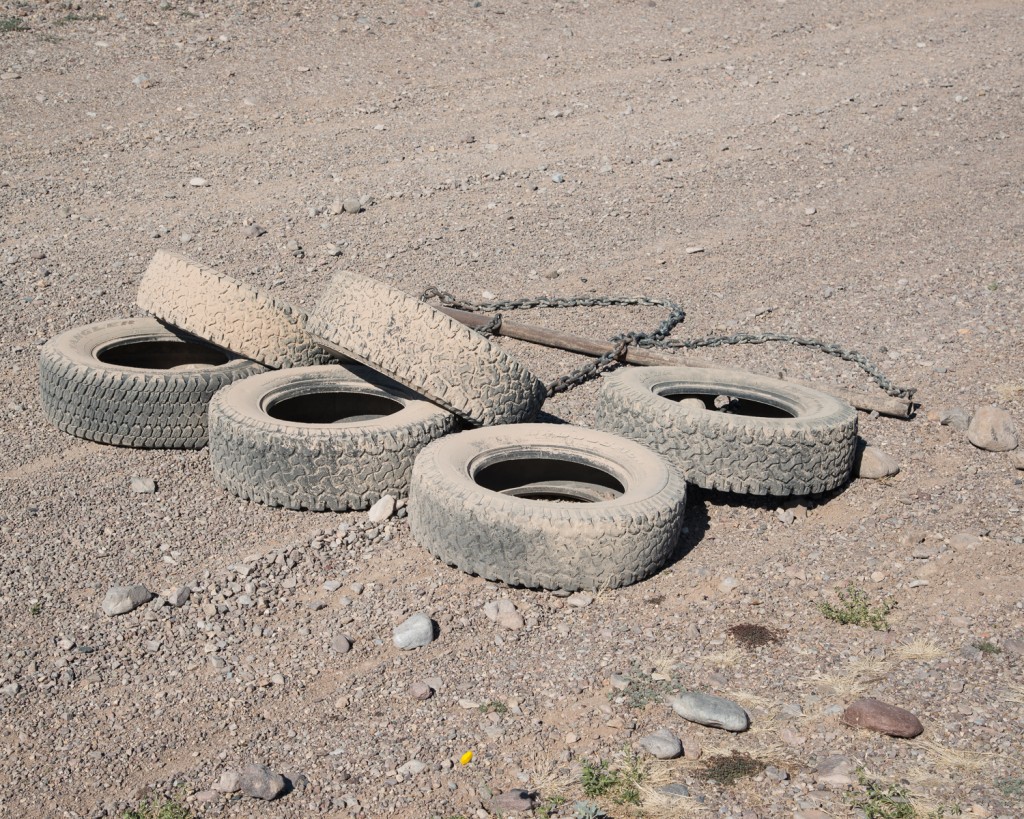 “Hanging on the railcars/Of this iron beast/Migrants go as cattle/To the slaughterhouse,” singer Eddie Ganz croons in “La Bestia,” a popular corrido ballad played on Central American radio. The song is meant to discourage people from migrating to the United States, which makes sense considering it was commissioned by U.S. Customs and Border Protection. This piece of contemporary propaganda is a perfect example of the subjects taken up by the work in “Northern Triangle,” a Threewalls-organized exhibition by the Texas-based Borderland Collective hosted at Rational Park.

Growing up in Texas surrounded by mythic ideas of the West, friends Jason Reed and Ulrich Eigner, both artists, and Ryan Sprott, a teacher, realized that they didn’t know the full narrative of their complex surroundings living on the cusp of the U.S. and Latin America. They founded the collective in 2007 as a way to bring education and art together around these issues. “It’s about the borderland we grew up with, but the collective part is really a mindset rather than a set group,” Reed says. To date they have worked with a few hundred collaborators, from other artists to students to community members.

The exhibition “Northern Triangle” was originally commissioned by Blue Star Contemporary Art Museum in San Antonio as a way to respond to the 2014 influx of women and children migrating over the U.S.-Mexico border. Former Threewalls curator Abigail Satinsky saw the show and knew right away she wanted to bring it to Chicago.“I was just really taken with it,” she says. “It was such a great example of a deep, socially-engaged practice.”

The Threewalls exhibition features about thirty percent new work made since the original San Antonio showing. Art historian Erina Duganne, who teaches at Texas State University in San Marcos, helped establish a more detailed research context, contributing wall text and writing an English/Spanish pamphlet. As she notes, the Latin American migration problem has largely fallen out of the news.“I just tried to draw attention to what sorts of images get publicity,” she says. “The surge is happening again so it’s not that the crisis was solved.” 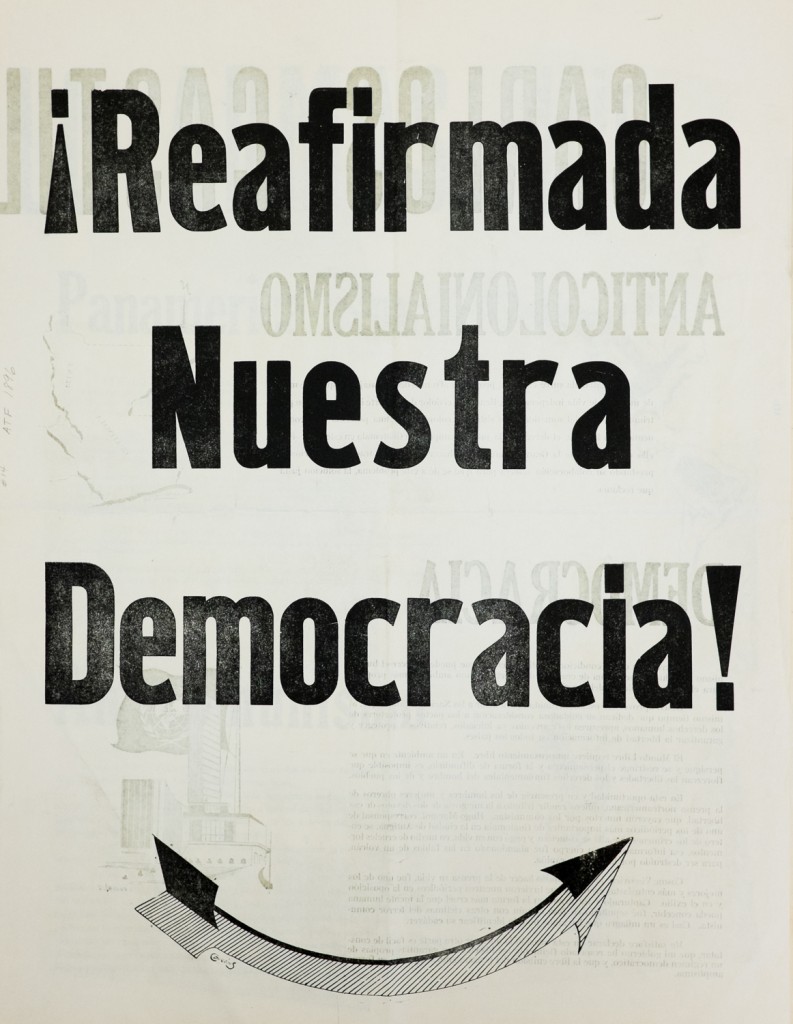 For collective member Mark Menjivar, immigration and U.S. intervention policies aren’t just local, they’re also personal. He grew up amid the civil war in El Salvador in the 1980s. Some of his work here is from return trips to El Salvador, where he photographed the repatriated villages of Santa Marta and Valle Nuevo.

“I really like thinking of these as collaborative images,” Menjivar says. What he chose to document came out of conversations he had with people he met.“It’s really them pointing at things saying, ‘You should pay attention to this,’” he says. Such was the case with “Cave Where Families Hid During Civil War,” which depicts exactly what it sounds like, a place for people to hide during bombing. The significance of the otherwise beautiful, lush photo belies its captivating composition.

Gathering images and materials as diverse as Menjivar’s photographic work and historical propaganda, “Northern Triangle” points again and again to the ways images and cultural representations can be made to tell a story and sway sentiment. Whether it’s the U.S. showing how scary the threat of Communism is or drawings by children showing their experiences living through an ICE raid.“You start seeing how image-making can play into historical knowledge or visibility/invisibility,” Reed says. (Kerry Cardoza)