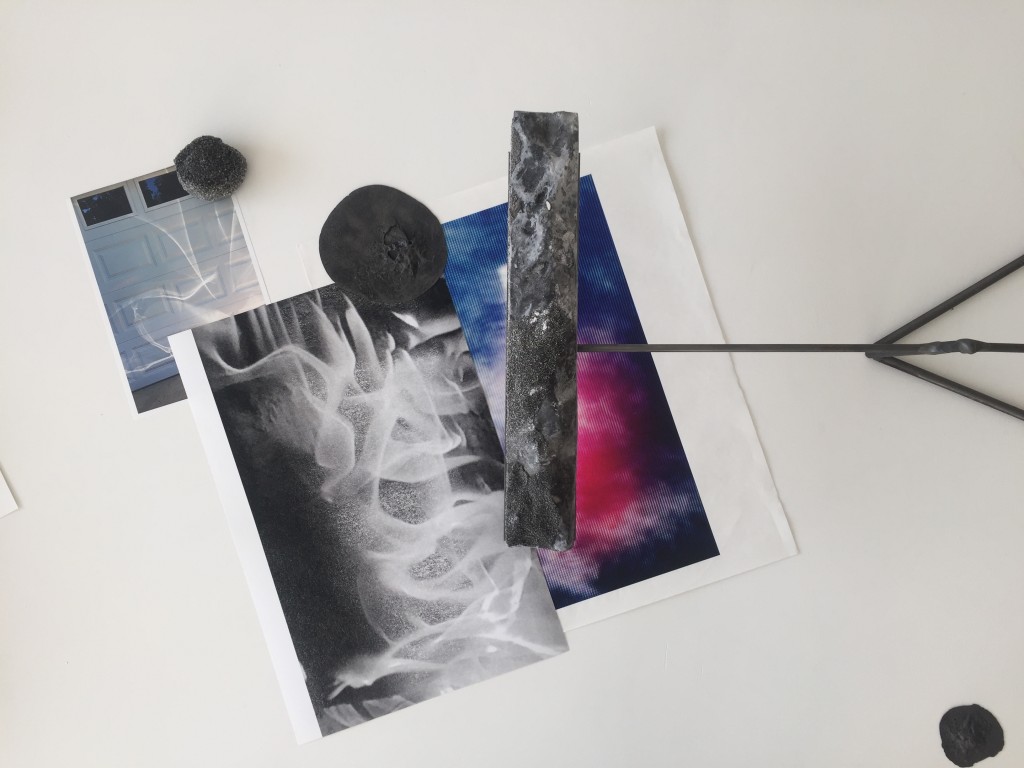 I have a deep affection for the Rococo, a moment in art history that today is still unfortunately accused of degeneracy; a last gasp of the corrupted French monarchy, they say. I, on the other hand, see in it a devotion to the apex that sacrifices balance while employing the sensual as a visual vehicle. I was reminded of these energies while viewing the collaborative exhibition “Slow Stretch” by Sarah and Joseph Belknap and Eileen Rae Walsh at MANA Contemporary. Curated by Third Object (Raven Falquez Munsell and Gan Uyeda), the exhibition reads as an unreserved, complete orchestra, which gives voice to the singular intensities of the participating artists, while trespassing their limits through an unmitigated collaboration.

Sarah and Joseph Belknap’s graphite-tinted sculptural configurations radiate abstractions of outer-space and earthy natural phenomena. Their shapes and textures coalesce the artificial, the imaginary and the actual into newly invented findings. Some of them are readily imbued with a minimal, presentational support system that performs as shelves, hangers and so on. This faculty of the objects enacts the major gestures in the show. Framed by the supporting walls, the exhibition is centered around two long, low, slightly tilted platforms built by the Belknaps, wherein Eileen Rae Walsh’s photographs curve, roll up, unfold themselves, and in being composed with Belknaps’ sculptural support, become a part of one large arrangement. The photographs, part of Rae’s project “A History of Staring at Fires,” capture surfaces in the expanded meaning of the word: that which is above the face, the outside, the limit (from French surface “an outermost boundary, outside part” (16c.), sur– “above” + face). Among the photographs one may recognize a black-and-white print of a scan of a print of a cloudy sky, a close-up of a head from its back, a glitched scan of illuminated water, a burned negative of nature at night, and hands, many hands reaching out, to the sky, and the screen, and the fog. 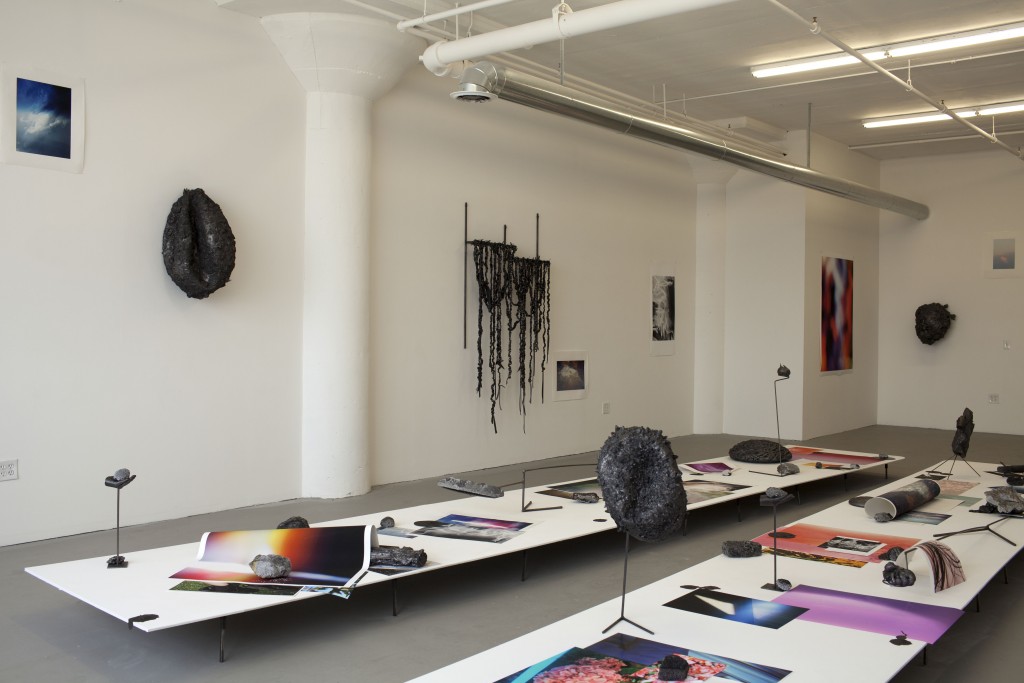 “Slow Stretch” takes its name from Doris Lessing’s novel “The Golden Notebook;” in it she describes a long moment of complete concentration while facing the soon disembarking madness. Through the show’s title, as through its work, I hear the echo of Rococo’s position toward time. Rococo was accused of turning its back to the future and focusing on the Now. It was read as immoral because the genre was preoccupied with the personal and not the political, and therefore, it had no lessons to teach. “Slow Stretch” deals with the Now, or rather with “Presentness,” in a “zoomed-out” form (to quote the curators outlining the various endeavors in their generous and thoughtful, three-part publication that accompanies the show); a form that considers depictions of time that are not bound to narrative, one that has no moral to share; a geological, astronomical time; or the time of staring at fires. The show gifts the viewer an exhibition of art that cares much about itself, and nothing more. The swinging lady in Fragonard’s painting stretches her toe, and slowly brushes our time. (Ruslana Lichtzier)