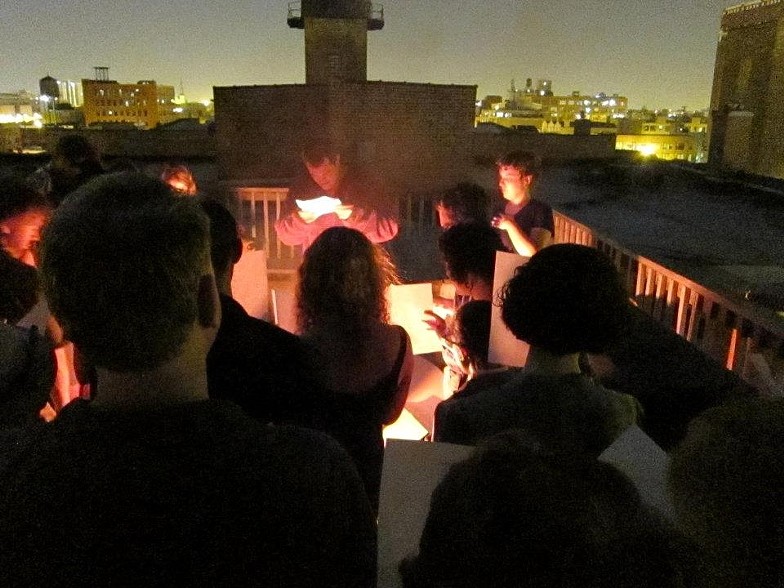 Recently, I stepped down from Threewalls’ Community Cabinet, the artistic board of one of Chicago’s beloved non-profit contemporary art spaces. The Community Cabinet is a group of artists, academics and arts professionals who were invited by Threewalls’ founder Shannon Stratton to help counsel the institution as it took stock of its artistic future. Our task was both to ask big questions about contemporary art and provide practical suggestions for programs. It was a role I delighted in, chiefly because it was a chance to work with some of the most respected artists and cultural producers in the city, as well as an opportunity to think about the value of alternative spaces and how Threewalls could provide room for art practices and conversations that might fall outside the purview of large public institutions like the Museum of Contemporary Art, the Art Institute and the commercial gallery system. I also served on the search committee for the new executive director after Stratton accepted the position of chief curator at the Museum of Arts and Design in New York City about a year ago. I have worked with the organization in these capacities and others over the years. While all these affiliations bear on what follows, it is as an artist that I share these reflections. Like many artists, I benefitted enormously from the work that Threewalls did for my exhibition at the gallery and the artistic community that the organization fostered. Leaving the Community Cabinet was not an easy decision, nor one that I made quickly.

In the last few months, I have been approached numerous times and asked “What happened?” after the heartbreaking news went out that the longtime assistant director and the newly appointed programming associate were abruptly let go and that the space was closing due to “downsizing” and a fiscal crisis. This shocking turn of events caught me and many others in Chicago’s art community by surprise. I won’t go into detail about the intense discussions that took place within the organization after these decisions were made. Suffice it to say, I disagreed with the course of action that the organization took and was dismayed by the way it was handled both internally and publicly.

My goal in writing this is not to diminish whatever future Threewalls has under its board’s leadership or to cast blame on the new executive director for what transpired. On the contrary, Chicago is the third largest city in America and I would like to believe it has the capacity and the will to support many more organizations like Threewalls because it values its artists. Besides, I am not sure how criticism of Threewalls in its new permutation would be constructive or how it would help artists in the city, which has been my passion while serving on the Community Cabinet. 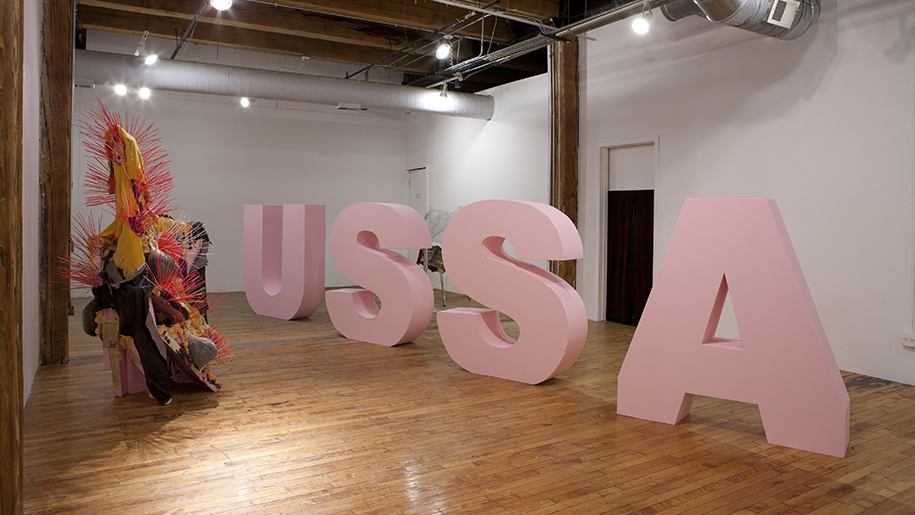 Instead I hope to highlight some of the incredible achievements that the organization accomplished under Shannon Stratton’s tenure and the way in which they were achieved, and to ask a more speculative question about the type of culture we want in Chicago and how alternative spaces contribute to it. There are, of course, other alternative and artist-run spaces around the city—in fact Chicago’s artistic reputation in large measure rests on them—but Threewalls’ contribution and place was indisputably unique.

Back in 2003, four people who started out with something like five-thousand dollars built Threewalls into what critic Lori Waxman described in the Chicago Tribune as “one of Chicago’s most vital visual arts organizations.” That vitality stemmed from working with a huge roster of artists and activists, curators and writers, students and professors, volunteers and board members to realize exhibitions (both SOLO and group) and publications (exhibitions catalogs and PHONEBOOK, a directory of alternative spaces in the U.S.), a speaker series (which included heavy hitters like Fred Moten, Kerry James Marshall and Irina Aristarkhova) and conferences (Hand-in-Glove, among others). The organization was driven by countless people who gave it energy and that energy was guided for over a decade by Shannon Stratton, who not only has a fierce intellect and immense gumption but also possesses a deep and sure ethical compass. This compass made sure to value intellectual and administrative labor such that her staff was paid and her artists were supported and paid. The last twelve years have seen an insane level of production for an organization of this size, all of it done with artistic integrity in its truest sense.

Consider the nature of these shows and how they came about: The SOLO exhibition program was juried by a rotating panel of independent artists and curators. This ensured that Threewalls maintained a high level of rigor in its exhibition selection process. This process took care to situate itself in broader conversations in contemporary art that weren’t exclusively determined by the influence of the board, the market and a collector base. Each exhibition produced a catalog with commissioned texts. Artists were given production budgets and a stipend. These were real resources that gave artists solid support and a platform with credibility through which to take their work to the public. 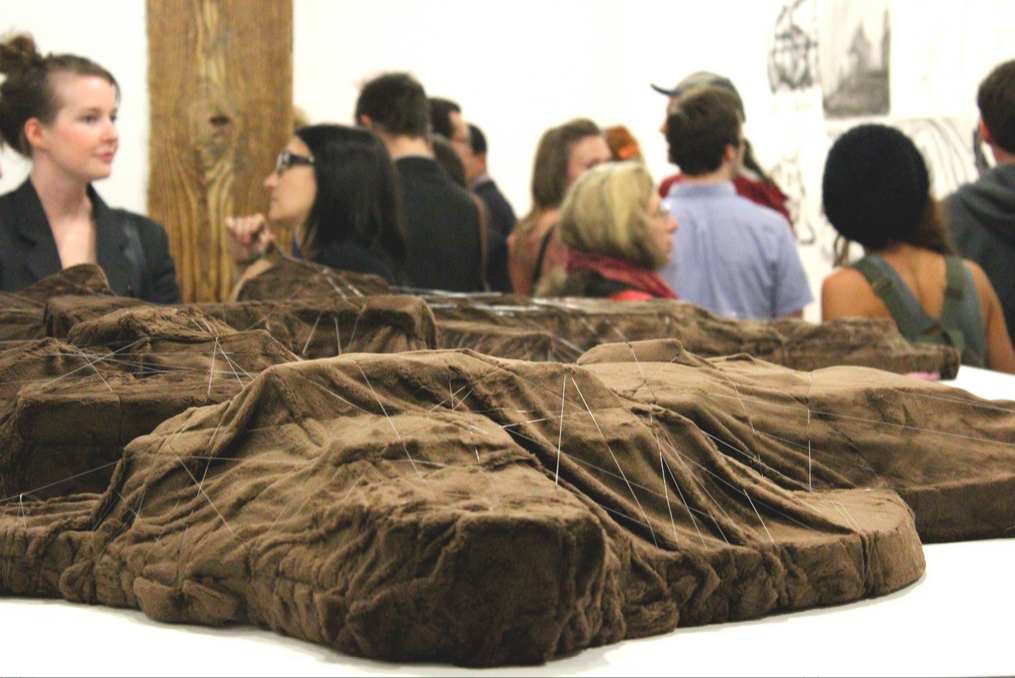 So, what can an alternative art space be in a field that theoretically already situates itself as an alternative to dominant culture? The designation alternative space in contemporary art might denote a space that does not fall outside of the market entirely, but rather allows for a type of art that may not be seen otherwise.

Alternative spaces are even more critical to support today as we see the increasing commingling of institutional exhibitions and the commercial gallery system. As Robin Pogrebin wrote recently in the New York Times, “Nearly a third of the major solo exhibitions at museums in the United States between 2007 and 2013 featured artists represented by just five galleries, according to a recent survey by the The Art Newspaper: Gagosian, Pace, Marian Goodman, David Zwirner and Hauser & Wirth.” This is a clear indication of the massive influence the market has on the type of art that is being made visible to the public.

Of course, the market has long been deeply imbricated in art, but the scale of this involvement has grown to such a size that it raises the danger of throwing the whole ecosystem out of balance. Changes in scale matter. In a universe of finite resources, if one entity grows disproportionately to others, it means there are less resources to go around and vital small-scale institutions like alternative art spaces may end up vanishing altogether. This is a frightful possible consequence of blind faith in the market to solely determine the value of art.

By way of conclusion, a thought experiment:

The result of this deduction would strike many as patently absurd, but I believe it is instructive for thinking about what type of art might get supported by an alternative space. Art and time are funny things—how they work together (and apart). I was on the phone for forty-five minutes with someone searching the New York Times archive. They kept saying it is so strange there were literally thousands of articles about or citing Fyodor Dostoyevsky, but he doesn’t seem to ever show up on the bestseller list. In light of the current changing relations between art and its markets, this is a clear rationale for why alternative spaces are of value and why this city should robustly support them.

Shannon’s passion for the arts in Chicago and creating a space for dialogue between artists, community and the city has sadly been lost on the new organization.

it would be great to see images of threewalls programming alongside this article for future readers!