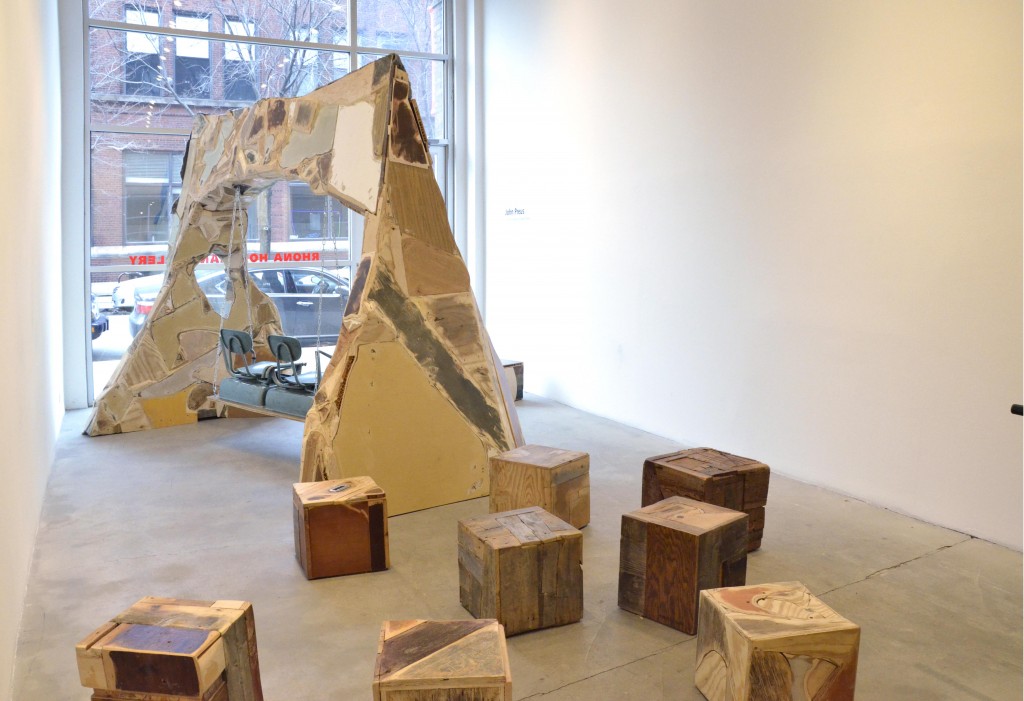 Seeing John Preus’ show at Rhona Hoffman Gallery is like returning to your first-grade classroom and finding it transformed into a monochromatic playground. In “The Relative Appetite of Hungry Ghosts,” Preus resurrects cast-off tables, desks and chairs from Chicago’s shuttered schools, chops them up and reassembles them into objects that are both sculptural and newly functional.

The most striking piece in his exhibition is a life-sized swing set, which seems to be made of large split-face rocks. A closer inspection, however, reveals the familiar sheen of laminated desks alongside pieces of heavily sanded pine and packing blankets. Gaps, cracks and wood putty punctuate the surfaces.

The swing set has a monumental, Stonehenge-like quality, one reinforced by the overwhelming presence of wooden shards from once promising—and now liquidated—schools. The monumentality and symbolism of Preus’ swing set brings to mind Rachel Whiteread’s “House.” As Whiteread’s cast of a Victorian home preserved a critical piece of British history, Preus’ sculptures freeze a key, controversial moment in Chicago’s history of public education. Like Whiteread’s “House,” the swing set conveys strength, but this strength is achieved with the fragments of a long-suffering school system, making it bittersweet.

Around the swing set lie a dozen similarly constructed boxes, each uniquely adorned with intricate compositions of rectangles, circles and triangles. It is tempting to link Preus’ boxes to the work of Minimalists such as Donald Judd and Robert Morris, but these intricately textured, hand-crafted sculptures have more in common with the painterly collages of Mark Bradford and the massive sculptures of Ursula von Rydingsvard. 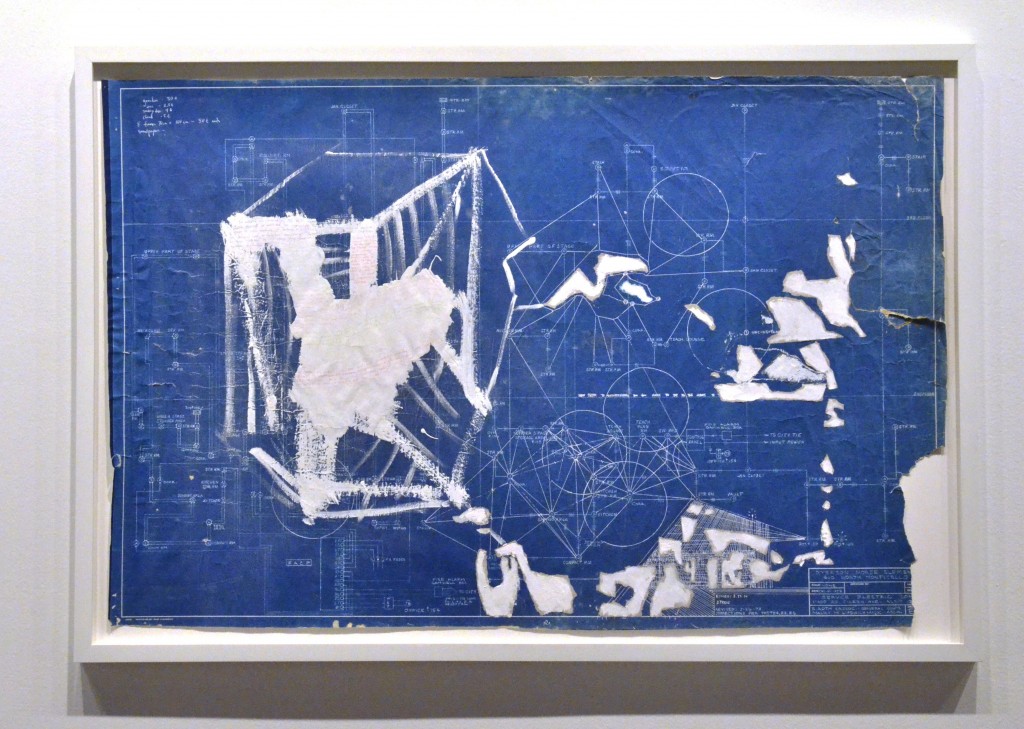 Hung behind a massive, jagged bench topped with laminated wood that Preus has selectively sanded to uncover inner layers are three framed works that feature drawing and collage on tattered blueprints for CPS schools. The imagery ranges from map-like shapes and diagrams to renderings of human and bull creatures. In one drawing, Preus reveals personal struggles and anxieties in handwritten notes that address fatherhood, income (or the lack thereof) and the history of the blueprint. One note refers to “things that have been imprinted on us.” Few institutions shape us more than the schools we attend at an early age. By employing materials well known to anyone who has lived and studied in the United States, Preus’ work taps into a collective memory of experiences such as reciting the Pledge of Allegiance, memorizing multiplication tables and singing “America the Beautiful.”

Much has been written about the closing of nearly fifty Chicago schools in 2013, a move that displaced thousands of students, many from the city’s poorest neighborhoods. Although Preus’ exhibition could be interpreted as a critique of this contentious decision, it operates just as successfully as a personal meditation on the role that public institutions play in our lives. By integrating material fragments of these institutions into his sculptures and drawings, Preus provides us with an opportunity to ponder our own complicated relationship to them. (Brent Fogt)