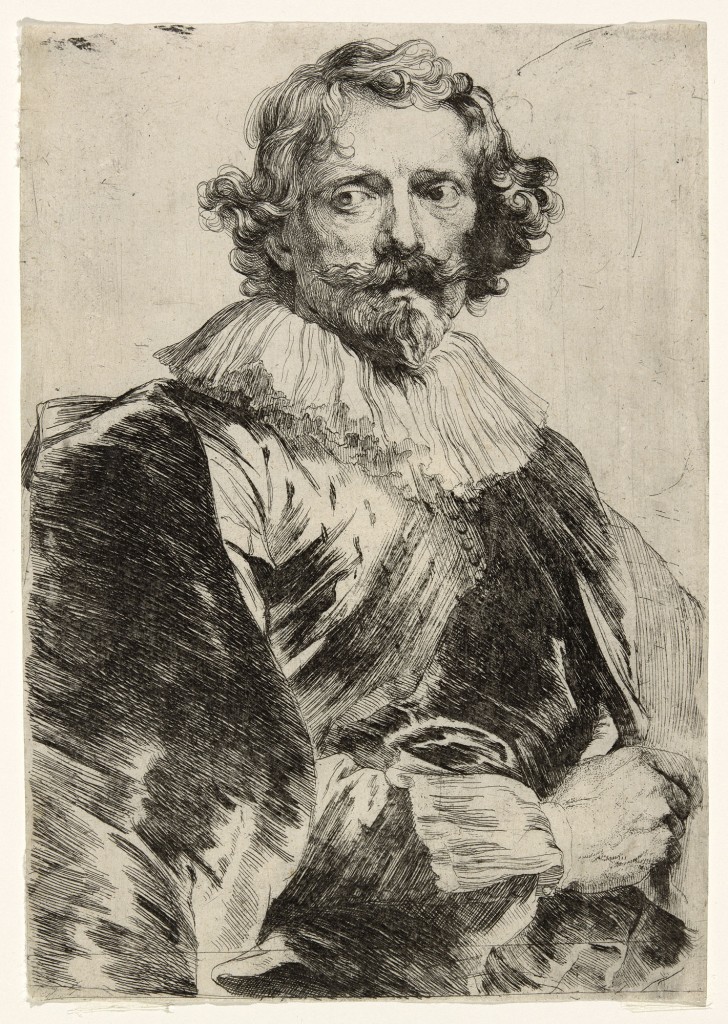 Anthony van Dyck is not as well liked in this country as Rembrandt. His best paintings are in English collections and Americans profess to dislike aristocrats, their main subject. But his prints are more democratic, and the set of artist-portraits collectively called the “Iconography” (1630)—the core of the current exhibition—most of all.

The Flemish landscape painter Joos de Momper is depicted by van Dyck among craggy peaks. His ski-jump nose points lower right, his eyes lower left and his moustache east and west. He is almost avuncular. The engraver Lucas Vorsterman on the other hand, shown against a blank background, appears volatile. In fact, Rubens took out a protection order against him. He has unkempt hair, wide-set eyes and a powerful right hand partly covered by his cape—we can imagine it hiding a dagger. Each sitter in the “Iconography” plays his part in a scripted performance of friendship. 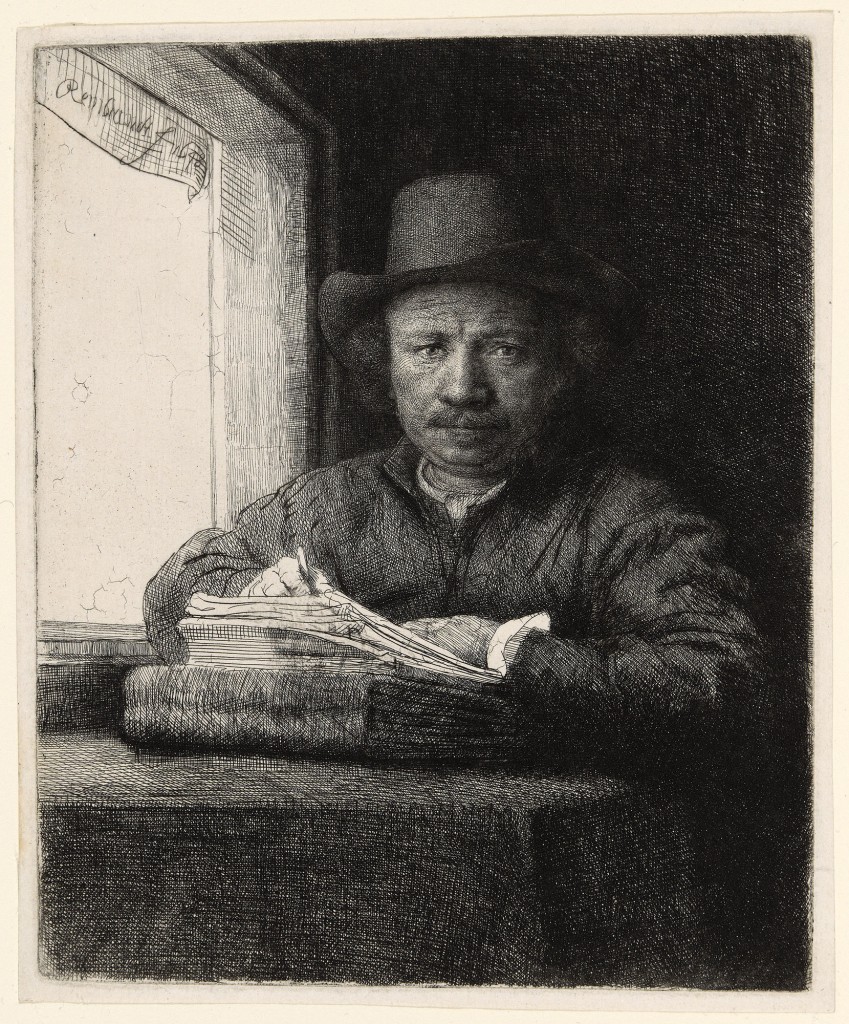 Rembrandt’s portrait etchings don’t allow typecasting. The figure in “Self-Portrait Etching at a Window” (1648) has a doughy face, closed mouth and small eyes like beacons. The concavity of the window is countered by the convexity of the table, and the verticality of the nose by the horizontality of the books. This rigid geometry highlights by opposition the open character of the model. “Clement de Jonghe, Printseller” (1651) is equally protean. In the first state of the etching, the seated man is relaxed, his left arm between his legs, his right arm across his chest and his eyes forward. In the third state, his eyes are shaded and his gaze cast to the right. Rembrandt doesn’t fix identity in one plate, as van Dyck does. He locates it through triangulation, using multiple states. Rembrandt and de Jonghe, unlike de Momper and Vorsterman, cannot be reduced to their profession or social status.

The exhibition has many more works, from Dürer to Dine, that flesh out the idea of the “Portrait Print.” But the battle between van Dyck and Rembrandt, which is also a contest between fixed and fluid identity, or between tradition and modernity, is the main event. (Stephen F. Eisenman)

“Van Dyck, Rembrandt and the Portrait Print” shows through August 7 at the Art Institute of Chicago.